In some cases, the number of cyber tips has more than quadrupled. 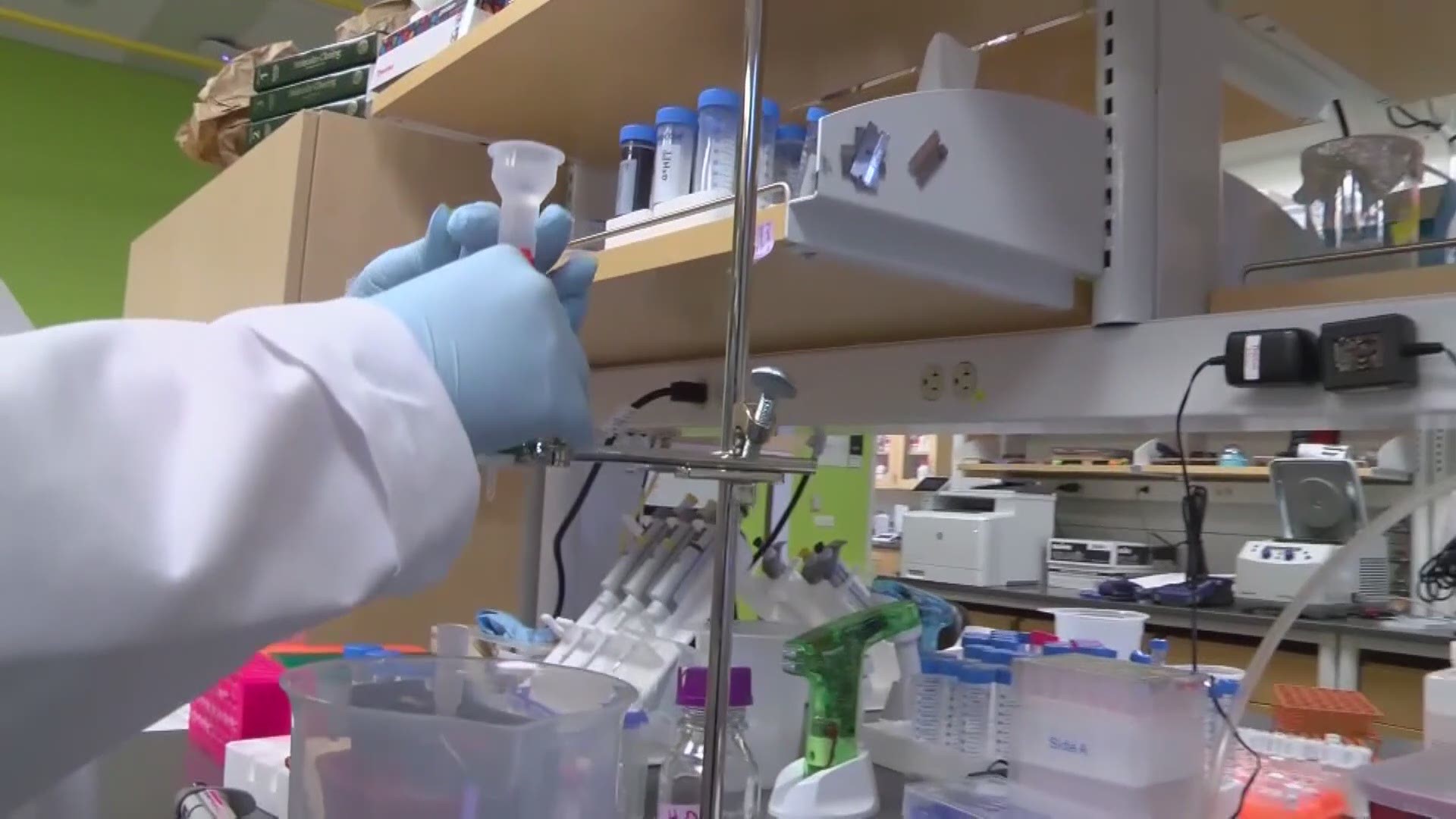 We’ve seen plenty of numbers jump dramatically during the COVID-19 pandemic - like record-breaking unemployment numbers and number of families relying on food banks for support. Another number has spiked. It’s less talked about and overall, difficult to talk about. In some cases, child pornography tips in San Diego County have quadrupled.

“We have seen a huge spike in cyber tips,” said Sergeant Garrick Nugent.

Some of the tips come from internet service providers or concerned parents. Most tips come from the National Center for Missing and Exploited Children (NCMEC), who contacts San Diego ICAC when it believes there’s a local case. The most common cases are child exploitation with development and production of child pornography and then criminals trying to lure children into meeting face-to-face.

So, are there more cases this year, or are people just noticing and reporting them at a higher rate?

“I truthfully believe there are more cases,” said Nugent. “We have both children and predators that are at home. They have unprecedented access to the internet. They’ve got lots and lots of time on their hands and therefore I think we’re seeing the increase as a result.”

Nugent said there’s also a trend of teenagers sexting, or sending unlawful nude photos to each other. This is distribution of child pornography.

“How are you all keeping up with the demand?” News 8 asked.

“I wish I could say we are,” said Nugent.  “While I do have 33 agencies that are represented by the task force, we are few and far between.”

Nugent said it’s important for everyone to remain vigilant. Sometimes it’s parents or friends that intervene and report the crimes. Other times, the internet service providers or social media outlets like Facebook or Twitter report it.

"We've actually seen cases where offenders are talking about that on the dark web and they're talking about what an amazing opportunity this is for them," said Lindsey Olson from NCMEC.

“We are seeing a very large increase in predatory actions because they have the time,” said Nugent. “Their victim group is now stuck at home and on a computer.”

Often criminals portray themselves as someone different than they actually are, maybe pretending they’re kids themselves.

“They are out there trying to befriend these children,” said Nugent.

"Online sexual exploitation comes in many forms," FBI officials said. "Individuals may coerce victims into providing sexually explicit images or videos of themselves, often in compliance with offenders' threats to post the images publicly or send (them) to victims' friends and family."

So, who are these young victims? Nugent said there’s not one particular socioeconomic group or demographic that criminals target, but there is one possible commonality.

“A lot of times, the kids that do get sucked into exchanging images and or meeting up with individuals tend to unfortunately have a lower self-esteem and they truly appreciate the attention,” said Nugent.

Most importantly, Nugent said know who your children are talking to online.

There’s not one scary app to swear off. Other than the dark web, criminals often head to mainstream social media outlets that people commonly use, like Instagram.

“I’ll be honest with you, the apps change so often that we can’t really say that there’s one app out there that’s more harmful than others,” said Nugent.

Once an image of child pornography is out there, internet service providers report it and agencies work to get it taken down, but there isn’t a quick fix.

“Even if we do get it taken down from a place, you can bet your bottom dollar that it’s been shared somewhere else,” said Nugent.  “In fact, we actually have images that we see over and over again.”

Nugent said the task force has a difficult job made even more challenging by the coronavirus pandemic.

“It weighs very heavily on all of the investigators here,” said Nugent.

And it could get harder. Government agencies are experiencing massive budget shortfalls due to the pandemic-induced recession, and in turn, that could potentially mean less funding for the San Diego ICAC Task Force, which was created by the United States Office of Juvenile Justice and Delinquency Prevention (OJJDP) .

“Unfortunately, if we did experience some defunding yes, our numbers of investigators would be reduced, too,” said Nugent, who added some employees would like return to their original supervising agency to assume a different role.

If you have questions about Internet Crimes Against Children, prevention or suspicions, please contact the SDICAC Task Force at 858-715-7100.

RELATED: How to find balance and boundaries with kids and their screen time