National City Police say they arrested over two dozen men in the area in February and continue to set up sting operations. 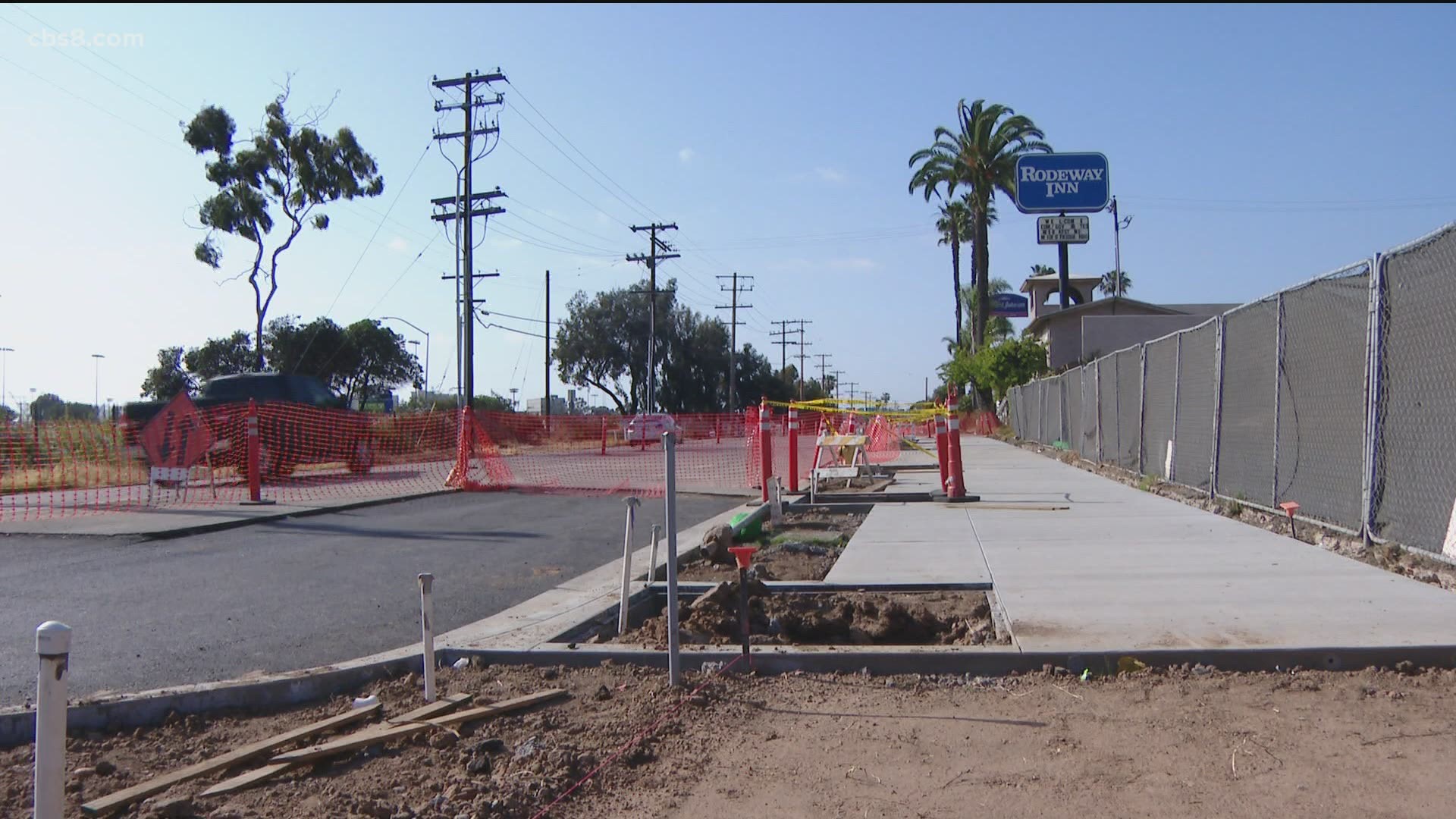 NATIONAL CITY, Calif. — Advocates are sounding the alarm about a section of National City that continues to be a hot spot for human trafficking and prostitution. National City Police say they arrested over two dozen men there back in February and continue to set up sting operations.

News 8's LaMonica Peters spoke with National City’s mayor and an advocacy group about what’s being done to combat the issue.

A young woman was stabbed and set on fire while at the Rodeway Inn back in December. Police made an arrest and she survived but advocates say the crime and sex trafficking in this area aren’t going away.

Marisa Ugarte said she’s been helping young women escape the cycle of prostitution and human trafficking for decades. She founded the Bilateral Safety Corridor Coalition, working closely with National City Police. She said the most important factor in this fight is pretty obvious.

National City Police are a part of the Human Trafficking Task Force monitored by the State Dept of Justice. The Task Force says they arrested 31 men back in February for solicitation. National City’s Mayor also says the city started redeveloping Roosevelt Street to help improve the area.

“We are narrowing the street so that the traffic is slower. We have on one full side, more landscaping, more walkability so people within that neighborhood can actually walk in their neighborhood,” said National City Mayor, Alejandra Sotelo-Solis.

Sotelo-Solis said the project should be complete in the next 6-9 months. She also said big rig trucks are no longer allowed to park along Roosevelt, inadvertently creating a cover for criminal activity.

Ugarte said in the meantime, she remains focused on helping the young girls and women.

“Most of them have a fear of what can happen to them or their families or what education and what information we can provide for them,” Ugarte said.

The mayor said it will take the city, police and advocates continuing to work together to rid the area of human trafficking.

WATCH: The Refuge | Provides a home for underaged victims of sex trafficking