Byrd was shot and killed in Atlanta on Saturday morning, police said. His friend remembered an 'ultimate professional' and a man who didn't deserve what happened. 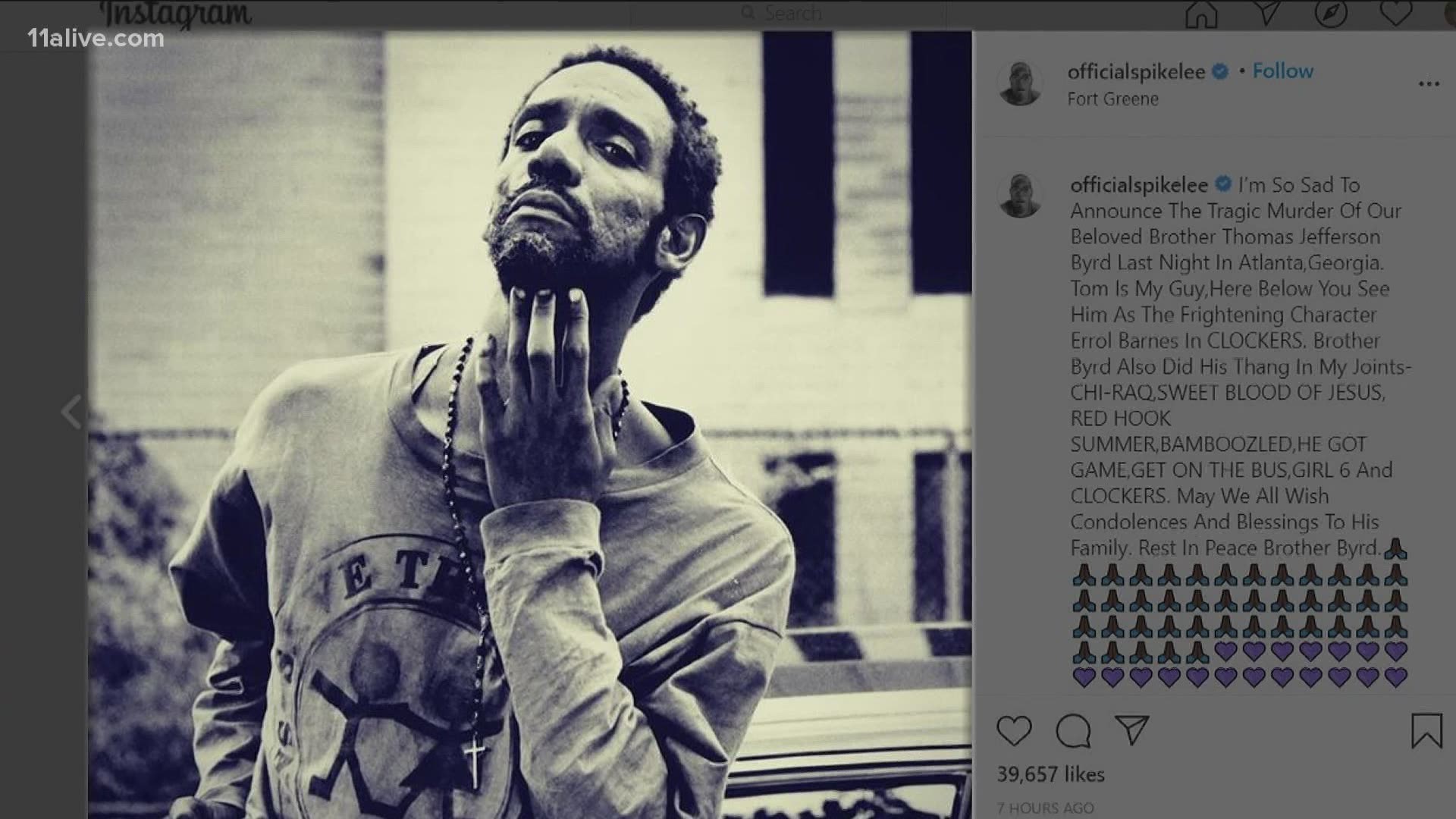 ATLANTA — An Atlanta actor is sharing his stories, hoping that the life's work of his longtime friend will outshine the tragic way in which he lost his life over the weekend.

Thomas Jefferson Byrd was found shot multiple times in the back on Belvedere Avenue in Atlanta on Saturday morning. It's a shocking end for so many that knew Byrd or knew of his work in the entertainment industry spanning decades.

Among those coming to terms with the unexpected and heartbreaking news is actor Afemo Omilami who met Byrd in the late 70s and early 80s.

“If you didn’t bring it, you got smoked because Thomas was the ultimate professional and he knew his work," Omilami said. "You had to bring you’re ‘A’ game, or just don’t be on the stage with him.”

The two had only recently worked together on the set of Freedom's Path, which filmed in Arkansas and, according to IMDB is in post-production.

“Thomas and I looking at each other going, what are our two Black behinds doing in Arkansas, freezing our butts off in October," he said remembering their time together fondly.

Omilami now hopes the film is dedicated in his friend's memory. He also hopes to continue searching for answers in Byrd's senseless death.

"He shouldn't have been killed like that. It makes no sense," Omilami said. "He had no enemies that someone would shoot him down in the street like a dog - no."

Omilami has been vocal about other tragic local crimes, including the killing of Secoria Turner, so this violent act was personal.  And he hopes more than anything that the world no the gravity of the life lost. But he also added that this is a problem that, if not addressed, will garner more victims.

“If we don’t do something about this, it’s going to be at your own doorstep sooner or later,” he said.

Omilami also named one other who was equally pained to hear the news of Byrd's death - director Spike Lee.

"I know Spike is feeling the pain of it," he said.

Throughout the day, Lee shared on social media a tribute to Byrd along with some of his favorite scenes from the actor's work. The two worked on several movies together over the years, including Clockers, Chi-Raq, Sweet Blood of Jesus, Red Hook Summer, Bamboozled, He Got Game, Get On The Bus and Girl 6.