Rodney Diffendal, 40, was one of nine people struck shortly after 9 a.m. Monday on B Street just west of 16th Street, according to authorities. 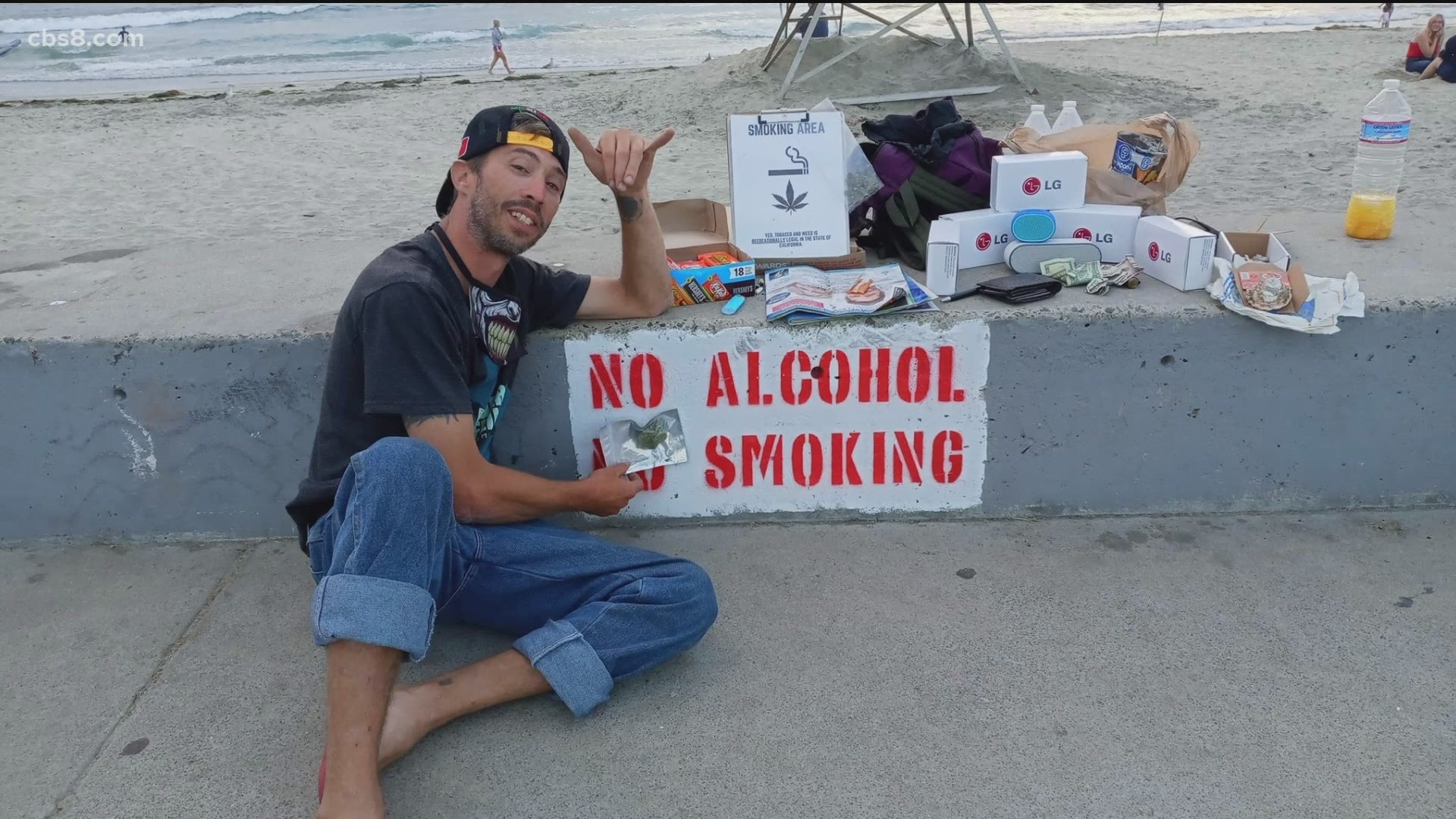 SAN DIEGO COUNTY, Calif. — Authorities Wednesday publicly identified one of three homeless men who were killed when a station wagon with a suspected drugged driver behind the wheel jumped a curb in an East Village tunnel and plowed into a makeshift encampment on the roadside.

Rodney Diffendal, 40, was one of nine people struck shortly after 9 a.m. Monday on B Street just west of 16th Street, according to the San Diego County Medical Examiner's Office. He was pronounced dead at the scene, along with a 65-year-old man and a 61-year-old man whose names were withheld pending family notification.

Wednesday afternoon, homeless advocates gathered near the site of the accident to demand change.

"This is not just a civil rights issue: it is a humans rights issue," said Tasha Williamson, another community leader.

These advocates specifically called on city and county leaders to move more unsheltered San Diegans out of congregate shelter settings and into hotel rooms through programs like the county-run "Project Roomkey," which the federal government has promised to pay for.

"The morning that Rodney and the two others were killed, county-procured hotel rooms were available and over 100 were empty," Jones-Wright said.

Next week, the shelter at the Convention Center, which has been housing homeless San Diegans throughout the pandemic, will shut down, and those residents will be transitioned into other downtown shelter operations.

Homeless advocates Wednesday said that the often-strict policies and rigid schedules of these shelters, which usually require clients to vacate in the early morning, deter many unhoused San Diegans from taking part.

"These shelters are not right," said Joseph MacRae of We Stand United SD. "There are too many rules."

Craig Martin Voss, 71 of San Diego, was arrested at the scene of the crash on suspicion of DUI, according to San Diego police. Voss was driving a westbound Volvo station wagon that veered to the right off the roadway and struck the group of homeless people, who were on a wide sidewalk amid tents and collections of personal items, according to police.

Paramedics took five other victims to hospitals for treatment of injuries varying from severe to moderately serious and treated another homeless person at the scene for minor trauma. Their names, ages and genders were not released.

Two of the victims were admitted to UCSD Medical Center in critical condition but were awake and responsive as of Monday afternoon, San Diego Police Department Chief David Nisleit told reporters. An update on those victims' conditions was not immediately available Tuesday.

Nisleit said it was unclear "if people were sleeping, if people were sitting there (at the time of the crash)." After the station wagon crashed onto the sidewalk, then veered back onto the street and skidded to a halt in a traffic lane, Voss got out and tried to provide aid to the victims prior to the arrival of emergency crews, he said.

Following questioning by officers, the Voss was arrested and booked into county jail on suspicion of vehicular manslaughter, causing great bodily injury during the commission of a felony and DUI. He was being held on $1 million bail pending arraignment, scheduled for next Tuesday.

Voss was believed to have been under the influence of a drug of some kind when he lost control of his car, according to Nisleit, who declined to specify what type of substance he was suspected of having ingested.

Just prior to the wreck, police got a call from a person reporting a possibly intoxicated motorist in the area, driving a vehicle matching the description of the suspect's, according to Nisleit. Investigators believe it was the same one that crashed onto the crowded sidewalk minutes later, the chief said.

All those struck by the vehicle were homeless, according to San Diego City Council President Pro Tem Stephen Whitburn.

"As we have learned that all nine victims are a part of our unsheltered community, this is stark evidence of the need to find permanent solutions to the homelessness crisis so that no San Diegans are forced to seek shelter in unsafe places, such as under bridges and in tunnels that vehicles pass through," Whitburn said Monday.

The stretch of roadside where the crash occurred -- in a long underpass beneath San Diego City College -- is commonly occupied by squatters seeking shelter from the sun or inclement weather, such as the scattered rain that fell in the city Monday, Mayor Todd Gloria said.

Today was traumatic for the victims of this morning’s crash near City College, which is why we've sent chaplains, social services and mental health clinicians to the scene. The people there prior to and not injured are being allowed back in to retrieve their belongings. (1/3)

"Let me state it very clearly -- a street is not a home," Gloria told reporters. "It's not humane or safe to keep allowing our unsheltered neighbors to sleep under bridges, in alleys or in canyons. We must take decisive action to provide more compassionate solutions for people experiencing homelessness. ... As mayor, I've been clear -- we will not turn a blind eye to homelessness. We will deal with it head-on."

WATCH: More about the driver who crashed into homeless encampment near San Diego City College Bridge