Prayers were offered for the USD student killed, her family and friends during a Mass on campus. 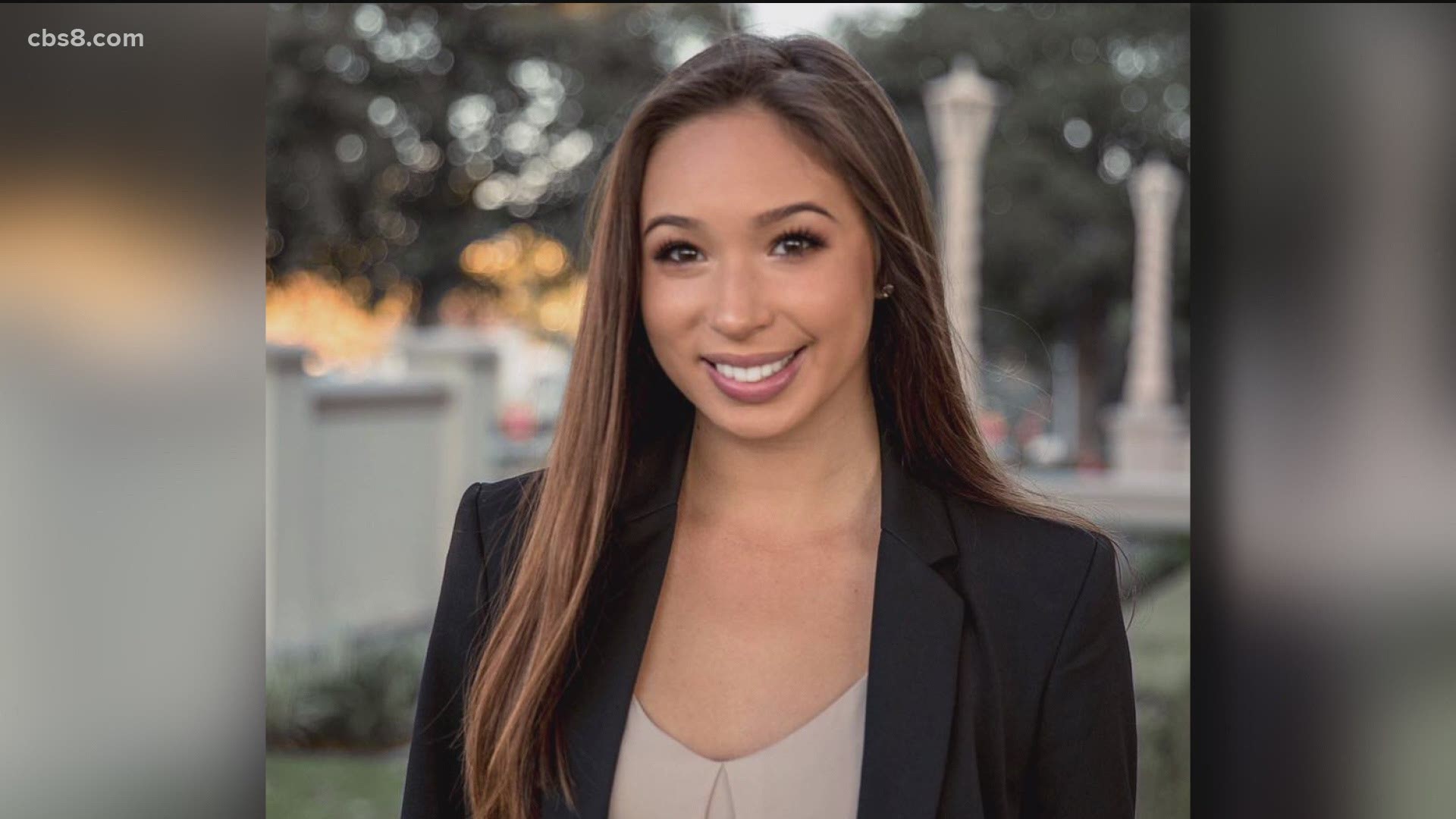 Haley Takeda was driving a 2020 Mazda 3 eastbound on Genesee Avenue near Linda Vista Community Park shortly before 11 p.m. Friday when she was struck head-on by a 2010 Toyota Camry driven by 17-year-old Marc Anthony George III, according to information from San Diego police and the San Diego County Medical Examiner's Office. Both drivers were San Diego residents.

Investigators determined George and another 17-year-old boy driving a 2008 Nissan Altima were racing westbound on Genesee Avenue when the Toyota sped past the Nissan, made an unsafe movement to the left and sideswiped the Nissan, police said.

The Toyota continued westbound and collided head-on with Takeda's car. Takeda and George were taken to hospitals and were both pronounced dead on Saturday, the Medical Examiner's Office reported.

A former high school classmate of Takeda from Northern California remembered his friend as always wanting to serve others.

"Very selfless person. Always wanting to build her community up and wherever she went she brought massive amounts of passion and resilience to constantly move forward, keep giving," said James Spray.

Takeda was a University of San Diego student studying international business, Spanish and business analytics. She was a member of USD's dance team, the Student International Business Council and Kappa Alpha Theta sorority.

She had attended high school in San Mateo in Northern California.

"Our prayers are with Haley and her family during this difficult time," USD Vice President for Student Affairs said. "It is my hope that each of you will join me in prayerful support of her family and those who grieve her death."

Takeda's parents attended a Catholic Mass on the USD campus Monday, along with fellow USD students and friends.

A family friend of George told News 8 the 17-year-old went by his nickname, Jiggy.

"The whole family is in ruins right now. It's unbelievable what happened to poor Jiggy. He's such a great kid. It's just heartbreaking for everybody in Linda Vista," said Able Urquidez.