On Wednesday, police released a still photo of the suspect they obtained from security footage. 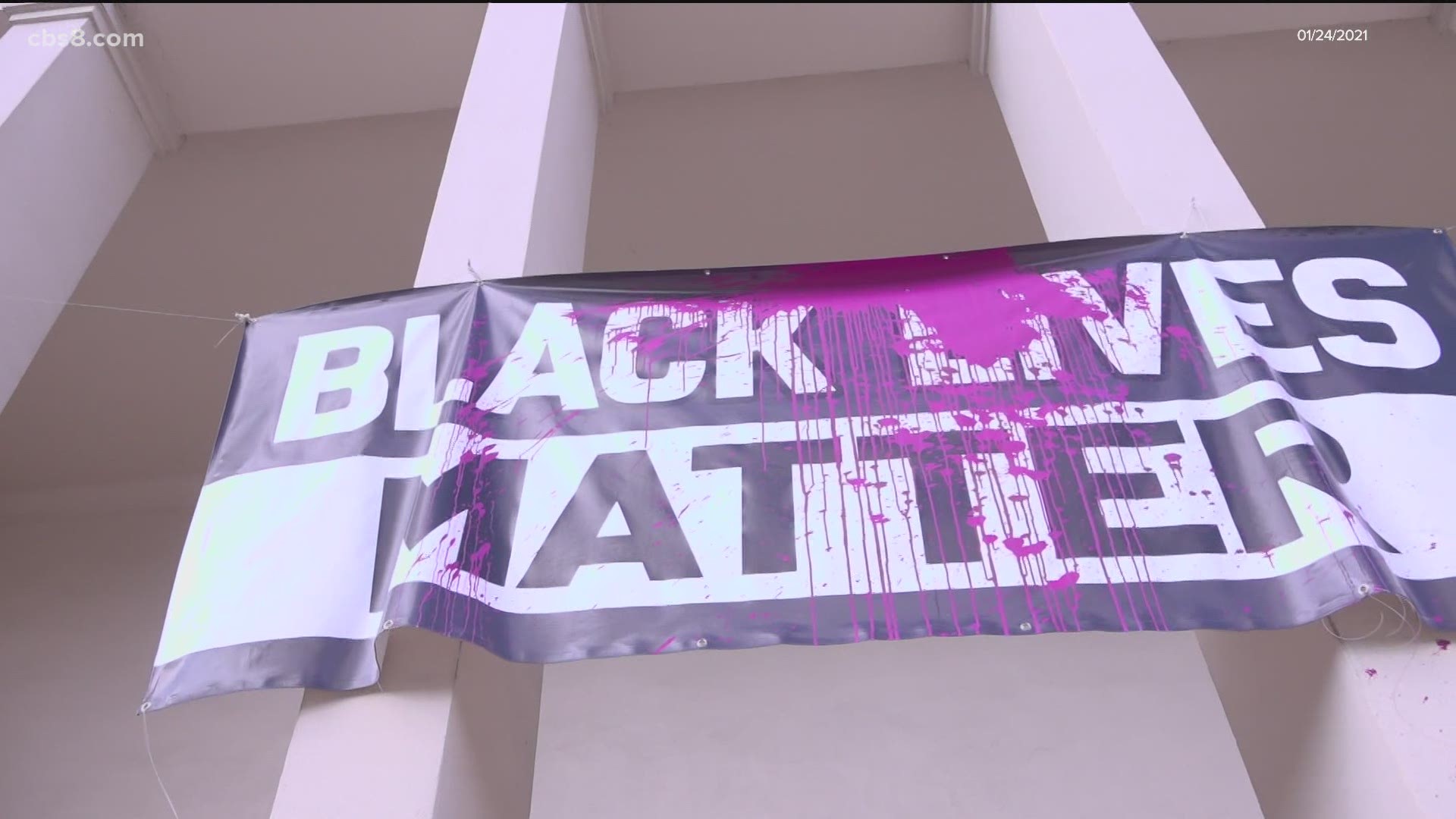 Last week, a person threw pink paint on two "Black Lives Matter" signs at University Christian Church and Rich's nightclub. On Wednesday, police released the still photo below of the suspect they obtained from security footage.

"This was more than vandalism. This was an attack on our community," Gloria said. "We will not shrug off hate against any San Diegan. Racism and bigotry in any form will not be tolerated in our city. We will identify the individual responsible for these hateful acts and hold them accountable."

"Hateful acts of any kind will not be tolerated in our communities," Nisleit said. "I encourage any community member to contact the police department if they believe they have been a victim of hate so that all allegations can be thoroughly investigated and victims can seek justice."

1 / 10
KFMB
On Jan. 24, signs supporting the BLM movement were painted over with pink paint outside the University Christian Church and Rich's Nightclub in Hillcrest.

According to Nisleit, the recent acts of vandalism are the latest in a growing list of threats and criminal acts against members of the Black and LGBT communities in the Hillcrest neighborhood.

"I was disappointed, but not shocked, to learn of the vandalism," Thompson said. "It's clear that despite momentary milestones in our history, anti-Black racism and insidious white supremacist beliefs exist in the fabric of our nation's communities. However, I am relieved to see swift and thoughtful responses from leaders in San Diego to stand up and denounce these acts; I believe this is one moment of many to stand up and say, `No more."'

People who have witnessed these types of crimes were asked to contact the San Diego Police Department at 619-531-2000.

"We must make clear that hate has no place in our community," Whitburn said. "As the councilmember representing District 3, I stand united with Mayor Gloria and our community leaders in affirming that Black lives matter, and acknowledging the intersectionality between our Black and LGBTQ+ communities. Together, we must ensure our neighborhoods are safe and welcoming for all."