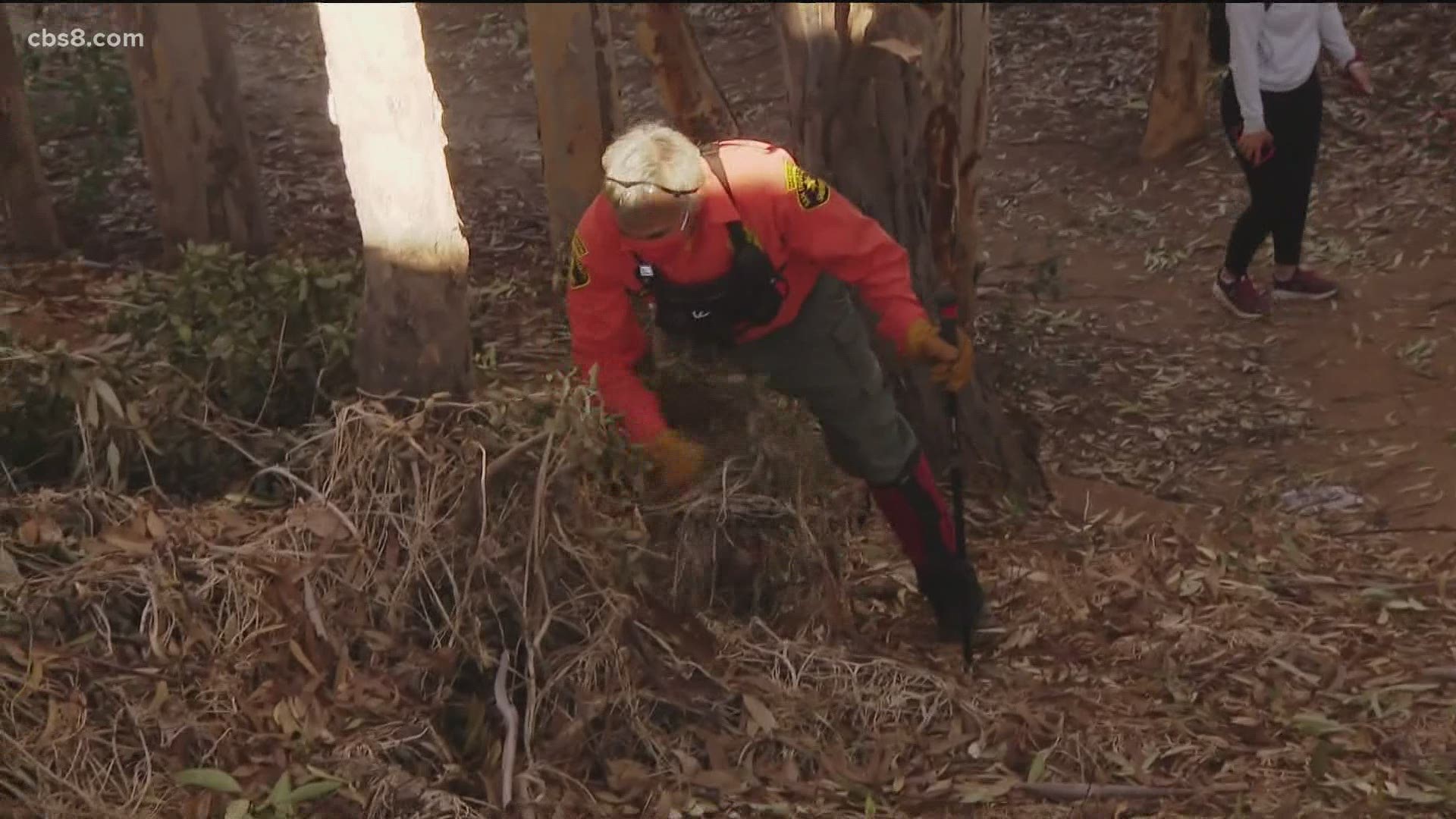 CARLSBAD, Calif. — Search teams with metal detectors were at the scene Friday of last week’s murder in Carlsbad, where a hiker was found stabbed to death.

San Diego County Sheriff’s Search and Rescue teamed up with the City of Carlsbad Rangers apparently searching for the murder weapon in the November 23 killing of Lisa Thorborg.

The 68-year-old’s body was found along a trail in Hosp Grove Trail West. She had blood on her face and underneath her head, police said.

Detectives are working on the theory that she did not know her attacker.

Thorborg lived in the neighborhood and had posted on Nextdoor two weeks before her murder, looking for a hiking partner.

The search and rescue team set up a command center in the mall parking lot across the street from Hosp Grove Park.

A citizen tip has identified a man who may have been in the area at the time of the incident as a white or Hispanic adult, 5’10” – 6’3”, husky build, tan complexion with dark hair. He was wearing a black shirt, black shorts and possibly a black hat. The man was walking slowly with a slight shuffle or limp. It is unknown at this time if this person is related to the incident.

Investigators would like to reiterate, anyone who witnessed or heard anything suspicious in the area of Hosp Grove Trail West, located near the 2600 block of Monroe Street, on Nov. 23 between 10 a.m. and noon, to call the Police Department at 760-931-2165.