After Friday's 11th-hour appeals by Merritt took a day to resolve, a judge rescheduled his sentencing until Tuesday. 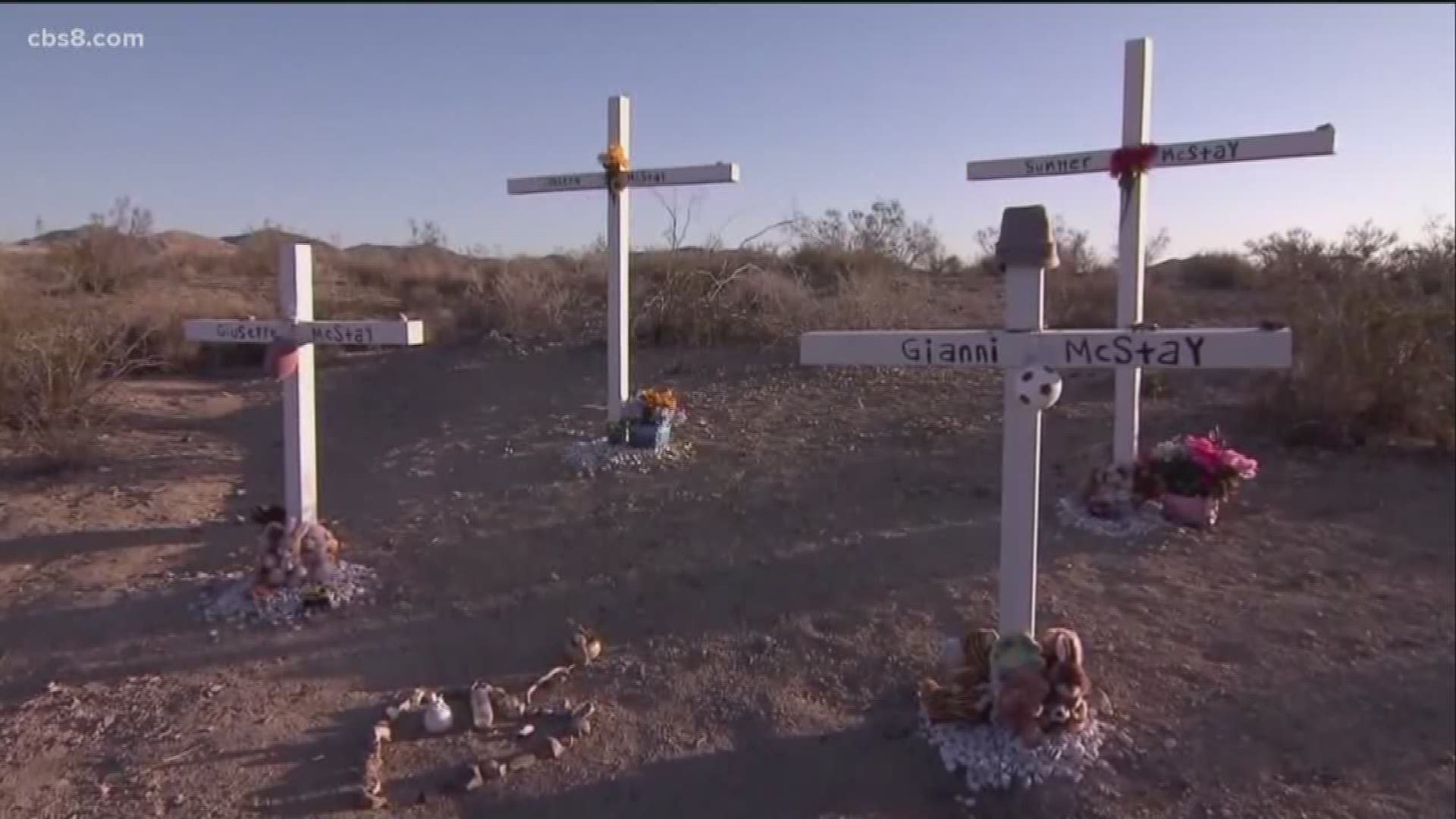 SAN BERNARDINO, Calif. — Sentencing has been delayed for Charles "Chase" Merritt - who was convicted of killing a Fallbrook family of four and burying their bodies in the California desert - after he made a lengthy, unsuccessful bid to fire his attorney and have his conviction thrown out.

After Friday's 11th-hour appeals by Merritt took a day to resolve, a judge rescheduled his sentencing until Tuesday.

Rajan Maline is the seventh attorney representing Merritt since the beginning of the case. Merritt had a team of four attorneys at one point and even represented himself on two separate occasions during his trial.

Merritt has maintained his innocence.

Merritt was convicted June 10 of first-degree murder in the deaths of Joseph McStay, 40, his wife, Summer, 43, and their two children, Gianni, 4, and Joseph Jr., 3. Jurors also agreed with a special circumstance of multiple murders.

The same jury later recommended three death sentences and life without parole in the death of Joseph McStay Sr., the business partner.

Judge Michael A. Smith can choose between death or life without parole.

RELATED: McStay Murder Trial: Charles "Chase" Merritt due to be sentenced in December

Merritt has lived in Homeland, Apple Valley and Rancho Cucamonga.

During the trial, prosecutors told jurors that Joseph McStay was edging Merritt out of their San Clemente water-feature sales and production business partnership. Prosecutors said McStay told Merritt on Feb. 1, 2010 that Merritt owed him $42,845.

At the time the McStay family disappeared, McStay was cutting Merritt out of the business because of poor performance. The family vanished from their Fallbrook home Feb. 4.

They formerly lived in San Clemente.

Merritt was arrested and charged in November 2014 – a year after the McStay family's skeletal remains were discovered in two shallow graves west of the 15 Freeway near Victorville. A three-pound sledgehammer that investigators said was used to kill the family was buried along with their remains.