Child at center of Amber Alert reunited with mom 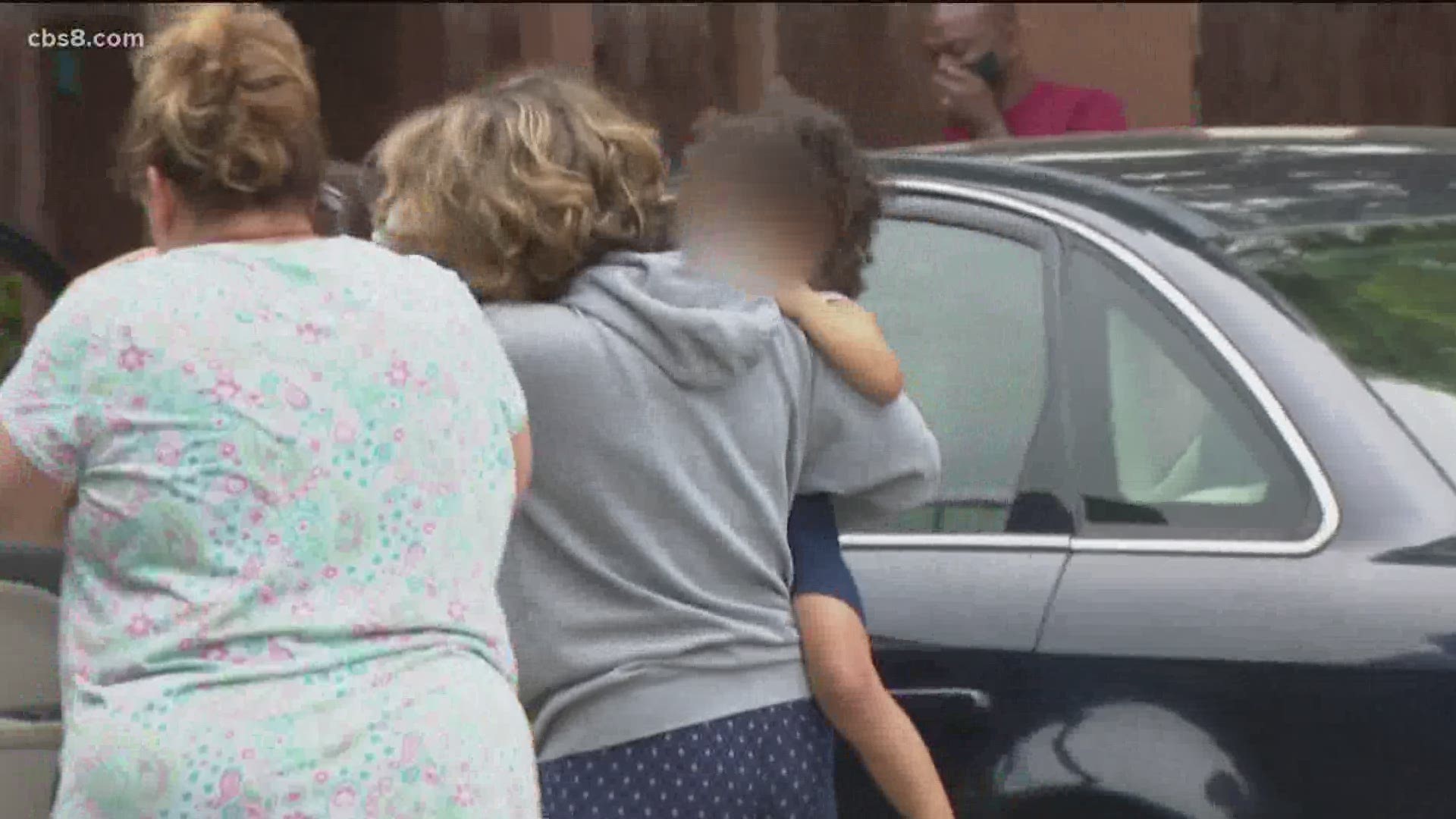 SAN DIEGO — There's new important information Tuesday night about the frantic search for a 2-year-old little girl whom police said was abducted by her father.

According to police, on Monday, August 3 at approximately 6:30 p.m., the girl's father, 31-year-old Lafayette Harris, violated a served, no contact/restraining order when he arrived at his ex-girlfriend’s residence located in the 1000 block of 47th Street in San Diego. She is also the mother of his two children.

Police said the restraining order is on behalf of Harris’ ex-girlfriend along with the two children, ages 2 and 6. The children were being watched by a relative. Harris' ex was not home at the time.

The relative allowed Harris to see his children briefly. During that time, police said he took off with his 2-year-old daughter in a white Saturn L200.

Investigators said Harris' ex repeatedly called him and tried to get him to return their daughter, but he refused. She called 911 around 1:00 a.m. on Tuesday.

"She was concerned the father was going to flee town with the child," said Lt. Christian Sharp of the San Diego Police Department.

Police issued an Amber Alert for the little girl.

@SanDiegoPD confirms this was indeed Lafayette Harris being arrested at a scene nearby. Again, his daughter is still missing. If you know anything or see her call 911. @CBS8 pic.twitter.com/z5YtdXJcrh

"Obviously when a 2-year-old child is at play, all bets are off. I pulled everyone from the city to do a search," said Lt. Sharp.

Around 5:30 a.m. officers located Harris’ vehicle in a parking garage in the 9300 block of Athena Circle at the UCSD campus.

Officers worked with UCSD PD Communications to access the parking garage surveillance cameras and watched as Harris parked his vehicle and walked away, providing them with a detailed description of Harris and his clothing.

An hour and a half later, Harris was found and detained without incident in the 9300 block of Campus Point Drive near a construction site.

Police discovered the little girl was at a home in Escondido near the 400 block of Beaumont Glen. They rushed there and found the girl safe and unharmed. She was with a woman connected to Harris.

Police returned and reunited the child with her mother at their home in Chollas View. Her mother told News 8 she is so grateful her daughter is home. She thanked the police for all their hard work.

Meanwhile, Harris was booked into jail on charges of kidnapping and child stealing. There is a separate case pending against him on charges including domestic violence and violating a restraining order multiple times. He's scheduled to be arraigned on August 14.