Suspect in custody after chase through Chula Vista

The chase lasted for an hour and went all over surface streets in Chula Vista before ending at 3rd Avenue near Moss Street. 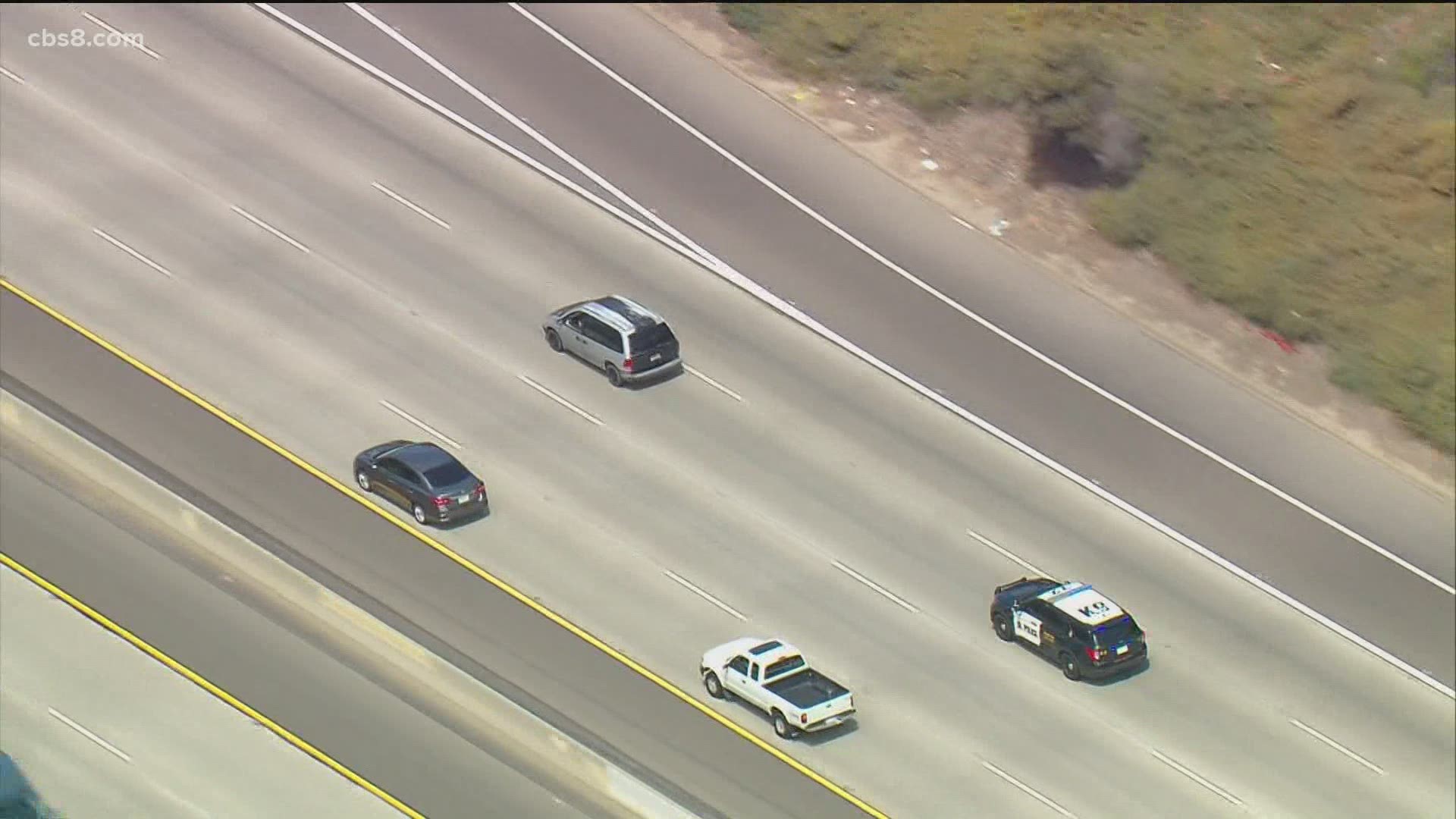 CHULA VISTA, Calif. — A suspect is in custody after leading Chula Vista police on a chase through the city Thursday afternoon.

Chula Vista police Lt. Frank Giaime said they received a call around noon of a suspect who brandished a firearm.

They pointed police to the suspect in a silver and black minivan.

Officers then tried to conduct a traffic stop and the suspect took off on a slow speed chase.

The chase lasted for an hour and went all over surface streets in Chula Vista before ending at 3rd Avenue near Moss Street.

The driver pulled into a parking lot and then got trapped behind a parked semi-truck and another vehicle.

The suspect was removed and taken into custody before being transported by paramedics.

WATCH: Police chase that started in Talmage, ends near San Diego airport with suspect in custody