The family of Oral Nunis Sr., who was visiting his daughter in Chula Vista, alleges police officers used unreasonable force in detaining him, resulting in his death. 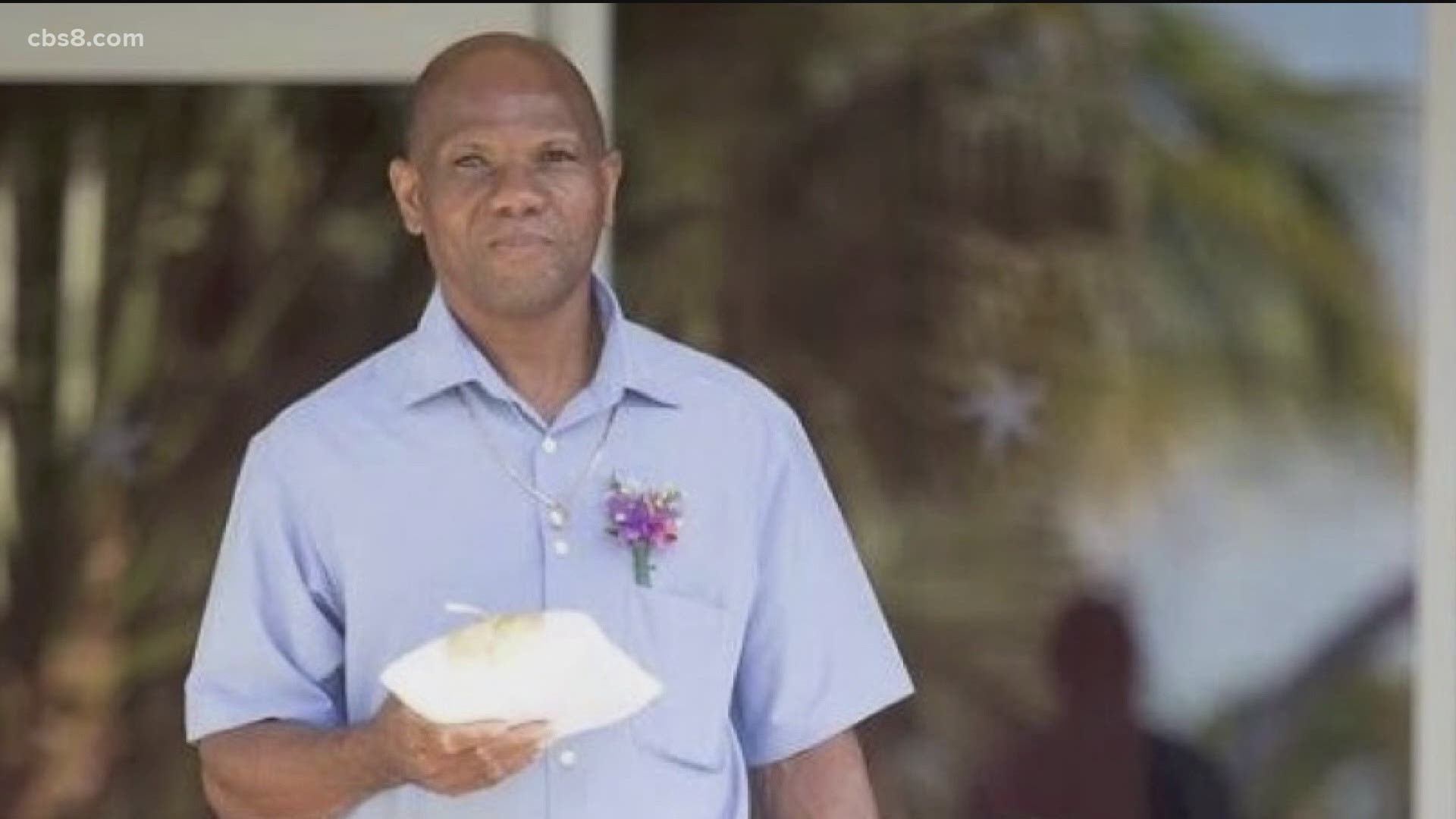 CHULA VISTA, Calif — The family of a man who died after an altercation with Chula Vista police officers filed a wrongful death and civil rights lawsuit against the city.

Oral Nunis, Sr., 56, was visiting his daughter on March 13. Carl Douglas, the family’s attorney, said around midnight she called 911 after Nunis had an adverse reaction to medication he’d taken and believed he needed mental health care.

“Though she called for help, the city sent these trained killers, rather than mental health experts,” said Douglas.

In March, the police department said Nunis was trying to jump out of a second-story window on Camino Carmelo. Radio traffic between officers captured them saying he tried to resist officers and calling for a WRAP restraining device. Once detained, police said they turned Nunis, who was conscious and breathing, over to waiting medics.

Nunis’ family claims the description did not fully describe his condition.

“Mr. Nunez was clearly in need of medical attention and was laboring from several of the officers, putting their collective body weight on him and from him,” said Douglas.

Douglas repeatedly pointed out Nunis was only 5’4’’ and weighed less than 150 pounds.

Medics soon reported Nunis was unresponsive and performed CPR on him while driving to a nearby hospital. Doctors pronounced him dead a short time later.

“Our nuclear family has been destroyed and we're just coming to grips with it. We're trying to deal with the situation at hand, the best we can, and we're just asking for some type of answers,” said Roxie, Nunis’ wife.

The San Diego County Medical Examiner has not released Nunis’ autopsy results because it is part of an ongoing investigation by the police department. Once completed, the results will be reviewed by the District Attorney’s Office to determine if there is any criminal liability before it will be made public.

The Nunis family had their own, independent, autopsy performed. Douglas said it has not been certified because the doctor is waiting on a toxicology report, but he did not believe it showed Nunis died of natural causes and he was likely killed by “positional asphyxiation” from the weight of officers.

A spokesperson with the Chula Vista Police Department did not return a message seeking comment about the lawsuit. It previously said officers were trying to prevent Nunis from hurting himself or others.

"Were he not a Black man, these officers would have treated him with more humanity," Douglas said. "Regrettably, we say, if Oral Nunis Sr. had not been a Black man, he would still be alive today."

The city released this statement:

The City of Chula Vista understands and shares the public’s and the family’s desire to have all of their questions answered about this incident. However, it is premature and inappropriate to come to any conclusions at this time. The investigation is ongoing, and the true cause of death has not been determined by the Medical Examiner.  Because of this, and now the threat of litigation, the City and the Police Department must refrain from commenting further beyond the statements already made.  The City and the Police Department continue to express our deepest condolences to the family and all of those touched by Mr. Nunis’ tragic passing.

News 8 reached out to the Jamaican Embassy to see if they had made any official inquiries into the death. The Embassy sent the following statement, "The Embassy deeply regrets to learn of the death of Mr. Nunisand the circumstances leading to the death, especially given the mental condition indicated. It is hoped that the efforts by the family to seek redress through the justice system will be rewarded and that the family will find peace against the unfortunate loss of a loved one in this circumstance."