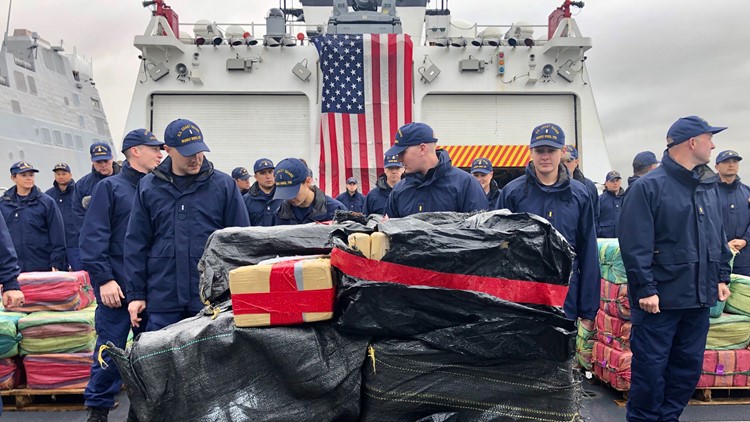 SAN DIEGO — The Coast Guard cutter Munro today offloaded roughly 10 tons of cocaine, which was seized during eastern Pacific Ocean operations between mid-November and mid-January, at a San Diego naval base on Monday.

The cocaine, worth around $338 million, was seized by four separate cutter crews, including the Munro, according to a Coast Guard statement.

The Munro, which seized more than 6,500 pounds of cocaine, is homeported in Alameda, California.

The other cutters are homeported in Florida -- one in Key West and another in St. Petersburg -- and in Portsmouth, Virginia.

"These interdictions were in support of Campaign Martillo, a regional initiative targeting illicit trafficking that threatens security and prosperity at the national, regional, and international levels." according to the Coast Guard statement. "The interdictions, including the actual boardings, are led and conducted by members of the U.S. Coast Guard."