Reward offered for tips on stabbing death of 15-year-old at Chula Vista birthday party on Jan. 31

The victim's family has pledged a $5,000 reward, in addition to a $1,000 reward from Crime Stoppers, for information that leads to an arrest in the case. 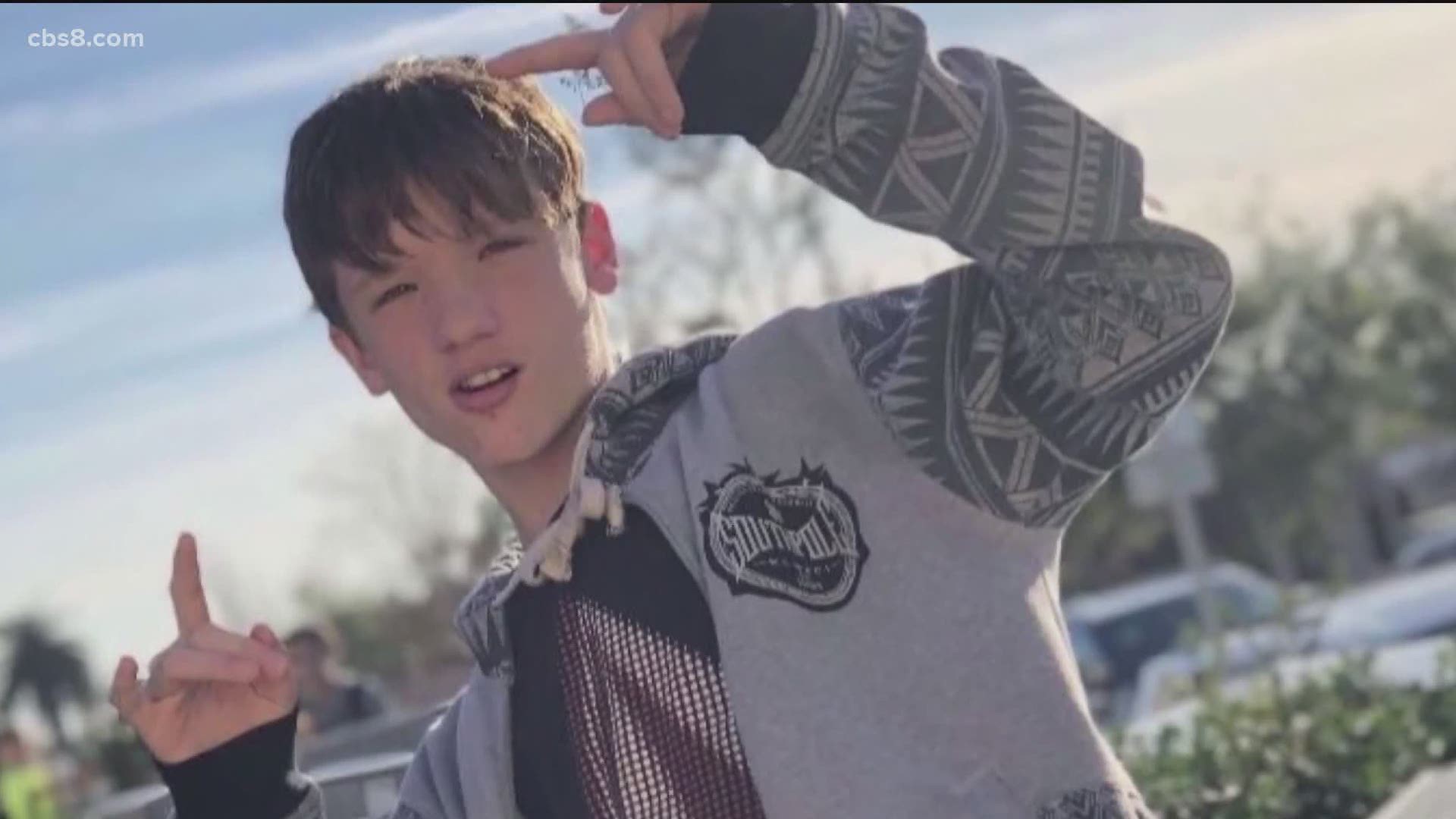 CHULA VISTA, Calif. — Authorities Thursday announced a $6,000 reward for information in connection with the January 31 stabbing death of a teenage boy during a fight in Chula Vista.

Devin Griffiths, 15, was at a birthday party in the 900 block of Maria Way when a fight between two other teens broke out around 10:30 p.m. on Jan. 31, according to Chula Vista police.

"I really need your help for my son. Devin was a very good kid and was loved by a lot of people who are devastated by this,” said Devin’s father Lee Griffiths.

Pleading to the public for answers, Lee Griffiths stood in front of the Chula Vista Police Station hoping someone who knows who killed his 15-year-old son Devin would come forward.

At one point during the fight, Devin, who was not initially involved in the argument, jumped in to help a friend who was being attacked by several young men, police said. He was then stabbed multiple times in the upper body and fell to the ground. He was bleeding and unconscious when officers arrived.

"He was a Good Samaritan, he was trying to do the right thing. He was not a gang member, a troubled teen, he was a happy go lucky kid who had the rest of his life in front of him,” said Lt. Dan Peak of the Criminal Investigations Division of the Chula Vista Police Department.

He was taken to UCSD Medical Center, where he died on Feb. 16.

The group of suspects fled in at least two unknown vehicles.

Investigators were attempting to contact all attendees of the party to gather information on the suspects.

The suspect group consisted of roughly eight to 15 people, mostly young men but also several women. They were all described as white or Hispanic and believed to be between 17 and 20 years old.

The victim's family has pledged a $5,000 reward, in addition to a $1,000 reward from Crime Stoppers, for information that leads to an arrest in the case.

Anyone with information, video of the fight or working exterior cameras in the 900 block of Maria Way was asked to call Chula Vista police at 619-691-5074. Tipsters can remain anonymous by calling Crime Stoppers at 888- 580-8477 or going to www.sdcrimestoppers.org.