Riverside mother Teresa Madrigal was found murdered at Lake Poway in 1999. Her family is hoping a newly-announced reward will bring them justice after 20 years. 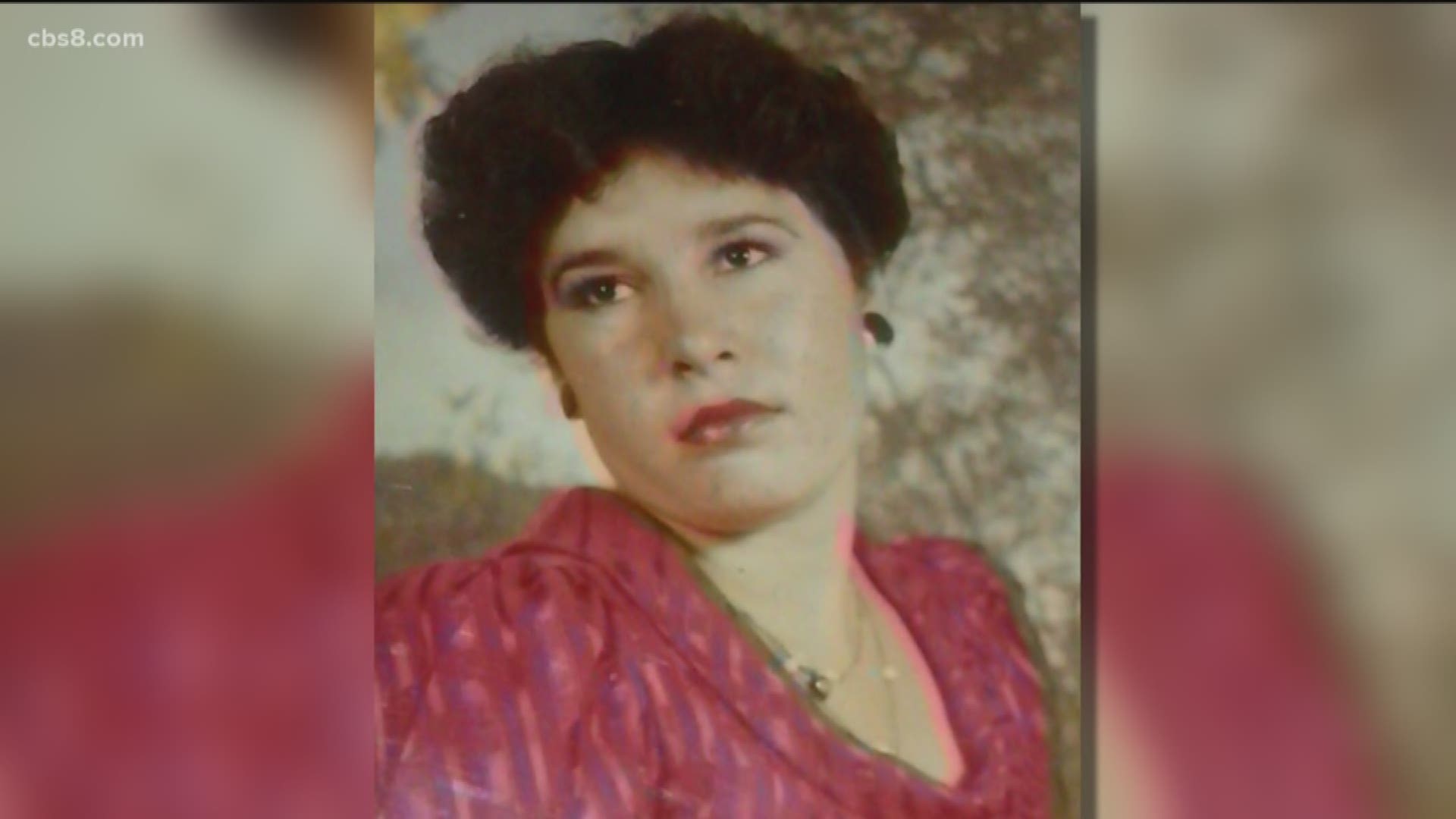 SAN DIEGO — The children of a Riverside mother found murdered at Lake Poway have been praying for justice for the past 20 years.

Now, a newly-announced $50,000 reward is giving the family hope.

“My mother was the best mother that I could think of. She could light up a room with her personality and most importantly she loved us with all her heart,” said the victim’s daughter.

Teresa Madrigal was a mother of four, living in Riverside, when she went missing in 1999.

“I remember what she said. She said, ‘I'm just going to go to the grocery store.  I'm going to pick up some food and I'm going to come back,’” the daughter recalled.

RELATED: The murder of Stephanie Crowe: a brutal crime and false confessions

“I also remember looking for her nonstop, driving everywhere trying to find her, not thinking that she could be dead,” the daughter said.

Madrigal’s daughter – who wants to remain anonymous because the killer(s) has never been arrested -- was just 12 years old when her mother was murdered.

Soon after she went missing in Riverside, Madrigal's body dressed only in underwear was found dumped by the entrance of Lake Poway.

A San Diego Sheriff’s homicide lieutenant spoke to reporters at the scene in February 1999.

“She was thrown out of the vehicle. Apparently, they had second thoughts and dragged her to the side of the roadway, where they left her,” the lieutenant reported.

There was blood in the back seat and a bullet hole in the roof. Madrigal was shot to death.

“She definitely knew her killers because if it would have been a random act, they would have just shot her there. They wouldn't have taken the time to orchestrate everything the way they did,” the victim’s daughter said.

Governor Gavin Newsom recently announced a $50,000 reward in the case.

“I think it opens up a lot of opportunities for justice. After 20 years, I believe it's going to start unfolding and the truth is going to come out,” said the daughter.

Madrigal's boyfriend at the time failed to report her missing for five days, although he reportedly passed a lie detector exam.

The victim's daughter said she is not giving up hope.

“I can feel it that something's going to come out of this. That it's going to be something great and we're going to finally have justice,” she said.

Investigators need the public's help to identify a suspect or suspects in the case.

If you have any information, call the San Diego Sheriff's Department or San Diego Crime Stoppers. You could be eligible for that $50,000 reward.