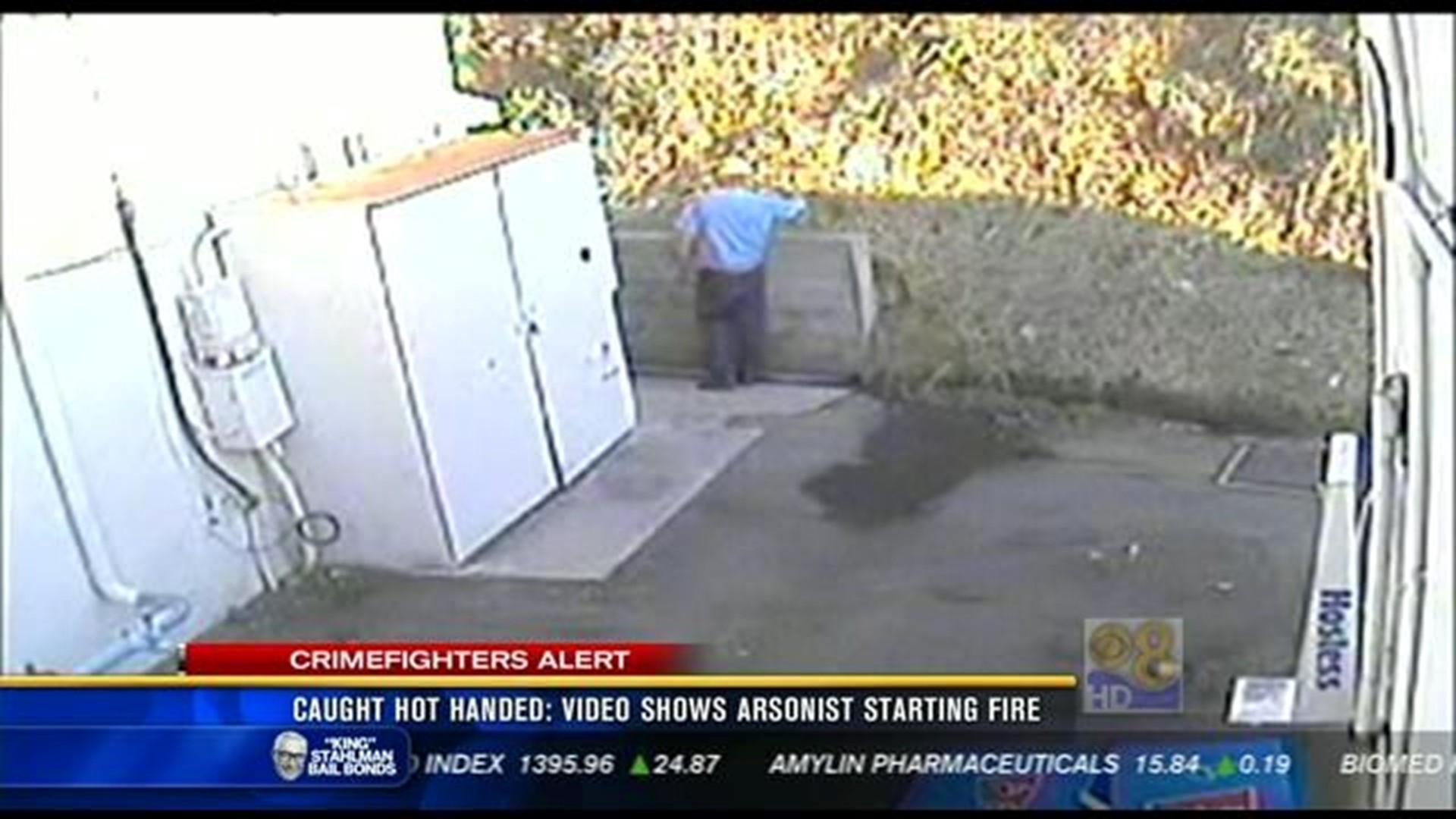 The surveillance camera video was taken behind Manny's Cocktails bar in Spring Valley last September 6. It shows a man in a blue uniform work shirt using a lighter to spark a wildfire in 99-degree weather just below a block of hilltop homes.

"We actually had major structures threatened… clear intent to start a fire with the knowledge those homes were occupied at the top of the hill," San Miguel Fire District Battalion Chief Andy Menshek said.

After weeks of investigation, authorities arrested Michael Joseph Morris for the crime. The 51-year-old was taken into custody at an apartment complex near the bar on Broadway and Spring Street.

On video, Morris is seen smoking and leaning on a small retaining wall just behind the bar, prepping the fire.

"He took handfuls of grass and put them onto the dry hillside. He looked around a couple times, he reached into his pocket, brought out a lighter and in one swift motion he ignited the dry brush," Menshek said.

The blaze raced up the hillside toward more than a dozen homes perched on a canyon rim.

"He stood there and watched it for a little bit, he walked away, he came back, watched it grow and then he went into the bar and resumed his drinking. He had many opportunities to stop and call it an error, bad judgment, malicious act, but he didn't," Menshek said.

Morris was questioned by Menshek, but refused to tell the truth.

Morris, who pleaded guilty to one count of felony setting a wildland fire, could get probation or up to three years in prison when he is sentenced by Judge Charles Ervin on March 28.

In court documents obtained by News 8, Morris wrote, "I recklessly set a fire that caused forest lands (brush) to be burned as I had been drinking."

Chief Menshek says he plans on being in the East County courtroom where the suspect will learn his fate.

"To overtly start a fire on those conditions in Southern California and having every opportunity to stop that chain of events, and he chose not to -- he deserves to go to prison," Menshek said.

Thanks to quick work by firefighters, it took them just a half-hour to stop the blaze, which burned about half an acre.