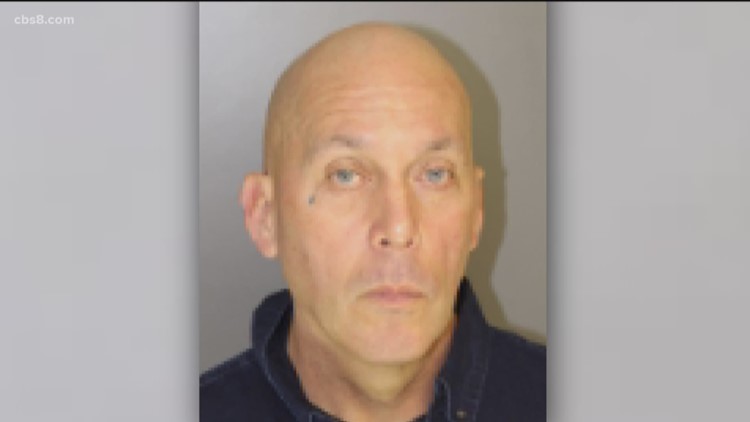 SAN DIEGO — A convicted rapist wanted in New York for violating his parole pleaded not guilty to residential robbery and burglary charges in a Vista courtroom on Wednesday. Prosecutors say 57-year-old Dale Dulac attempted to break into the home of his adult daughter - located in San Diego County - on Sept. 30.

Dulac was the subject of a manhunt in San Diego after authorities in New York reported he violated the terms of his parole on Sept. 20 by leaving the state. San Diego police arrested Dulace last week after officers recognized him walking in the 1500 block of Imperial Avenue.

New York's state parole agency said it worked with U.S. Marshals to locate Dulac, who is a Level #3 sex offender. He went missing until he was spotted in San Marcos about 10 days prior to his arrest.

Prior to Dulac's arrest, one neighbor said Dulac was hanging out a 7-Eleven off of Melrose Drive and at nearby apartment complexes near Rancho Santa Fe Road on the border of San Marcos and Carlsbad.

Dulac plead not guilty earlier this week to a 1992 charge associated with a stolen vehicle in San Diego. He is being held in lieu of bail for the San Diego charges as he remains jailed as a fugitive from New York.

Dulac was paroled from a New York prison in October 2015, after serving over 22 years of an up to 35-year sentence, according to the Niagara Gazette. According to the New York State Division of Criminal Justice Services website, Dulac’s previous convictions include first degree rape, sexual abuse and sodomy.

Dulac was sent to prison for raping a 28-year-old woman who picked him up hitchhiking June 14, 1992, the Associated Press reported.

Dulac reportedly abandoned the woman in the woods, drove off in her car and raped a 27-year-old woman in Niagara Falls within a 90-minute time period.

He had also previously served time for raping a woman in North Carolina.

Dulac’s next court date is slated for Oct. 17 in a Downtown San Diego court.