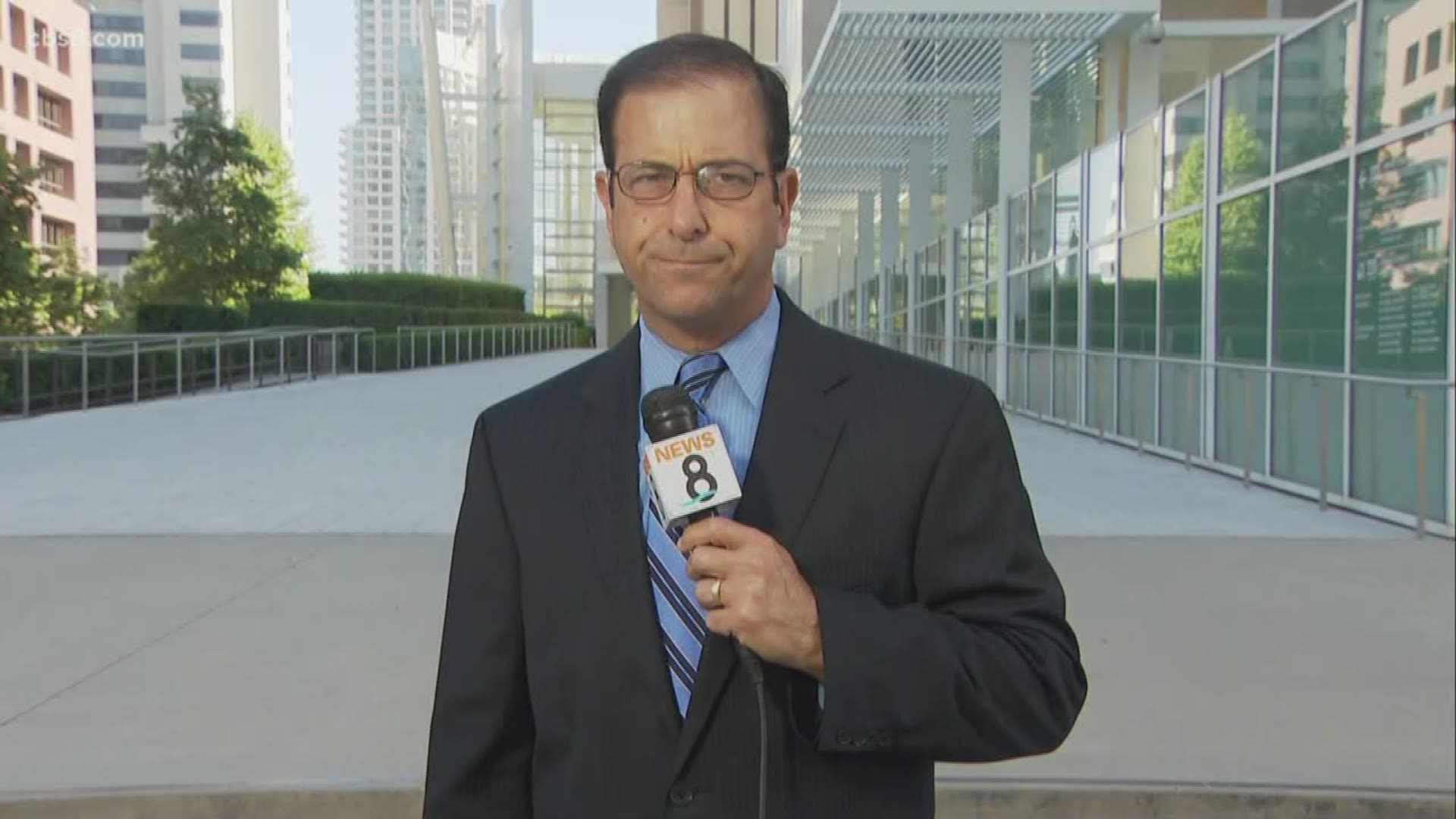 Laura Janke, who was an assistant women's soccer coach at USC, will admit to creating bogus athletic profiles that portrayed wealthy parents' children as star athletes to help them get into highly selective schools, prosecutors said.

Toby MacFarlane, a former senior executive at a title insurance company, will also plead guilty to allegations that he paid $450,000 to get his children admitted to USC as fake athletic recruits.

Janke and MacFarlane were charged alongside 48 others last month with taking part in the scheme that has embroiled elite universities across the country. Others charged include actresses Felicity Huffman and Lori Loughlin and Loughlin's fashion designer husband, Mossimo Giannulli.

The parents are accused of paying admissions consultant Rick Singer to rig standardized test scores and bribe college coaches and other insiders to secure spots for their children at prestigious universities.

Janke, 36, also created a fake athletic profile for MacFarlane's son that described him as over 6 feet when he was really 5 feet, 5 inches tall, authorities say. His son didn't play basketball at USC and withdrew from the school last year, they said.

In 2017, Singer directed Janke to create a profile to make Loughlin and Giannulli's younger daughter appear to be a competitive rower, authorities said. Janke agreed and their daughter, popular YouTube star Olivia Jade Giannulli, was admitted as a crew recruit even though she didn't play the sport, authorities say.

Janke's lawyer declined to comment Tuesday. An email was sent to MacFarlane's attorneys.

MacFarlane, 56, is the 14th parent to agree to plead guilty in the case. Others include Huffman , who will enter her guilty plea in Boston federal court May 21. She is charged with paying $15,000 to have someone correct answers on her daughter's SAT.

Parents who haven't reached a plea deal with prosecutors, including Loughlin and Giannulli, were hit earlier this month with a money laundering conspiracy charge on top of the mail fraud conspiracy charge they were already facing.

Loughlin and Giannulli are accused of paying $500,000 in bribes to get both of their daughters admitted to USC as fake crew recruits. They pleaded not guilty last week and have not publicly commented on the allegations.