Michigan man charged in 1989 murder of his adoptive daughter 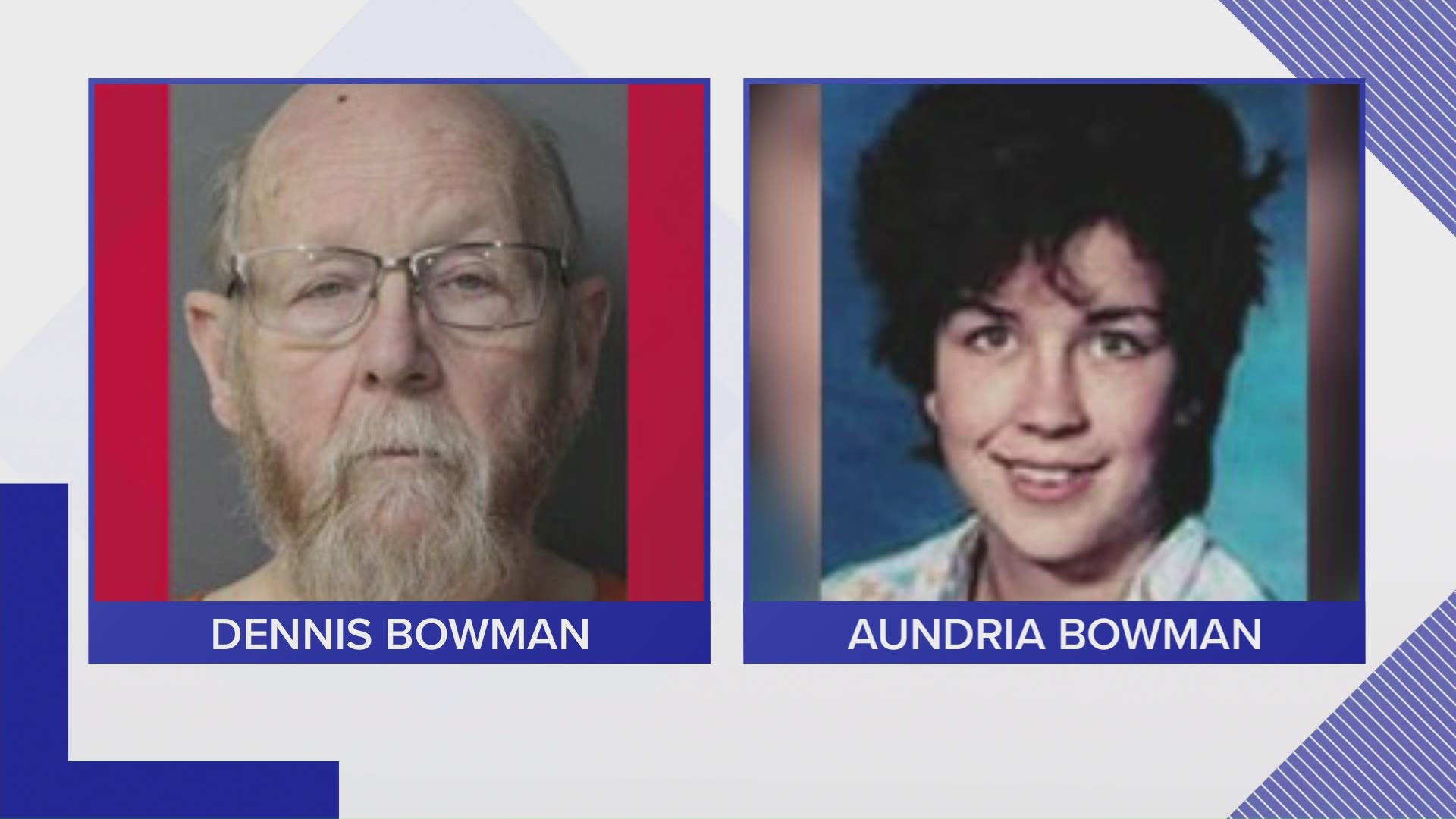 ALLEGAN COUNTY, Mich. — A man is accused of murdering and mutilating the body of his 14-year-old adoptive daughter 31 years ago.

On March 11, 1989, 14-year-old Aundria Michelle Bowman was reported as a runaway from her Fillmore Township home. Law enforcement has spent the last three decades investigating and reviewing countless leads, a release from the Allegan County Prosecutor's Office reads.

On Friday, May 15, County Prosecutor Myrene Koch said the girl's adoptive father Dennis Lee Bowman was charged with her death.

RELATED: Michigan man arrested in connection to a 1980 cold case in Virginia

In February, new information led detectives to find skeletal remains underneath cement in what deputies called a "shallow grave" at Dennis Bowman's home in the 3000 block of 136th Avenue in Hopkins, Mich.

After extensive medical and DNA testing by the WMED Forensic Pathology and Michigan State University Forensic Biology Laboratory, the remains were positively identified as belonging to Aundria.

Bowman faces charges of open murder, felony murder, first degree child abuse and mutilation of a body. If convicted, he faces life in prison. He will be extradited from Virginia to Michigan. He is currently being held in a Norfolk, Virginia jail facing charges in connection to the 1980 murder of a Norfolk woman.

Terkanian isnt done fighting. She plans to have the adoption annulled and to have her daughter buried properly.

During a Friday press conference, Prosecutor Koch thanked law enforcement teams in both Michigan and Virginia for their work on the case.

"I also want to assure Aundria's family and friends that even though this has been a very long road, this is the first step in seeking justice for her," Koch said.

Terkanian wants her lost daughter to understand she never gave up on her.

"I never forgot her. I always loved her," says Terkanian. "I always planned to find her. And she knows that."

More stories on 13 ON YOUR SIDE:

►Make it easy to keep up to date with more stories like this. Download the 13 ON YOUR SIDE app now.