After review, the District Attorney’s Office determined the deputies fired at Adolfo Angel Gonzalez in their own defense and the defense of others. 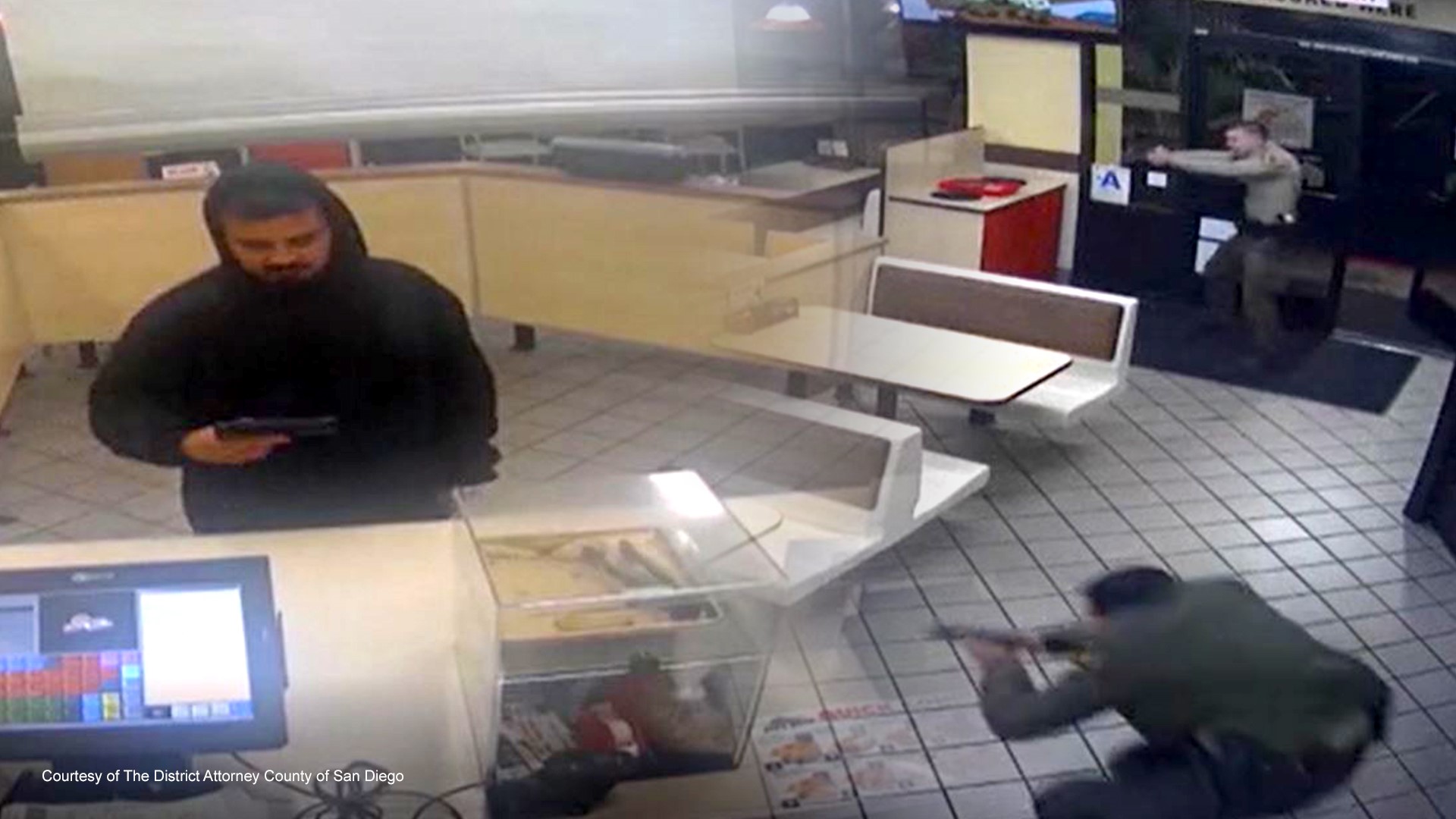 The officer involved shooting at a Del Taco on Broadway Street in Lemon Grove were caught on surveillance video and the deputies’ body-worn cameras in January.

On January 5, 2019, three San Diego Sheriff Deputies responded to a call concerning a man with a gun threatening a patron at the Del Taco restaurant at 7060 Broadway Street in Lemon Grove. A witness at the scene provided the deputies with a description of the man who had pointed a gun at him and his family. The deputies entered the restaurant and gave the man, later identified as Adolfo Angel Gonzalez, 28, verbal commands to put his hands up. Gonzalez immediately pulled a handgun from under the table and pointed it at two of the deputies. All three deputies fired at Gonzalez, who was fatally struck.

Following the incident, investigators learned that Gonzalez suffered from mental illness and recently purchased the handgun he used in the incident. Gonzalez’s family was aware of his mental health problems and had become increasingly concerned for his welfare as his mental state deteriorated. The day this incident took place, Gonzalez told a family member he wanted to get into a shootout with police. Toxicology testing indicated Gonzalez had a blood alcohol content of .25 percent.

The events leading up to and including the shooting were captured on the closed-circuit video cameras at the Del Taco restaurant, as well as deputies’ body-worn cameras. Exterior cameras show Gonzalez arriving at the front entrance on foot and entering the building. Interior cameras show Gonzalez entering the restaurant and then stopping to look at a children’s play area, which is separated by floor to ceiling glass. Gonzalez removed a handgun from the right pocket of his hoodie and pointed it at a customer.

Gonzalez walks out of the video frame and is then captured by another camera as he walks to the counter to order. Gonzalez appears to be waiting to order and while doing so removes the gun from the right pocket of his jacket, looks at it and then places it back in the same pocket.

Another camera captures Gonzalez after he received his food and is seated in the dining room eating. As soon as the deputies enter the restaurant, Gonzalez retrieves a gun from his waist area with his right hand and points it in the direction of the deputies.

After a thorough review, the District Attorney’s Office determined the deputies fired at Gonzalez in their own defense and the defense of others, and therefore bear no state criminal liability for their actions.