The DA’s Office determined that the deputy fired at Daniel Elizarraras in his own defense and the defense of others and bears no criminal liability for his actions. 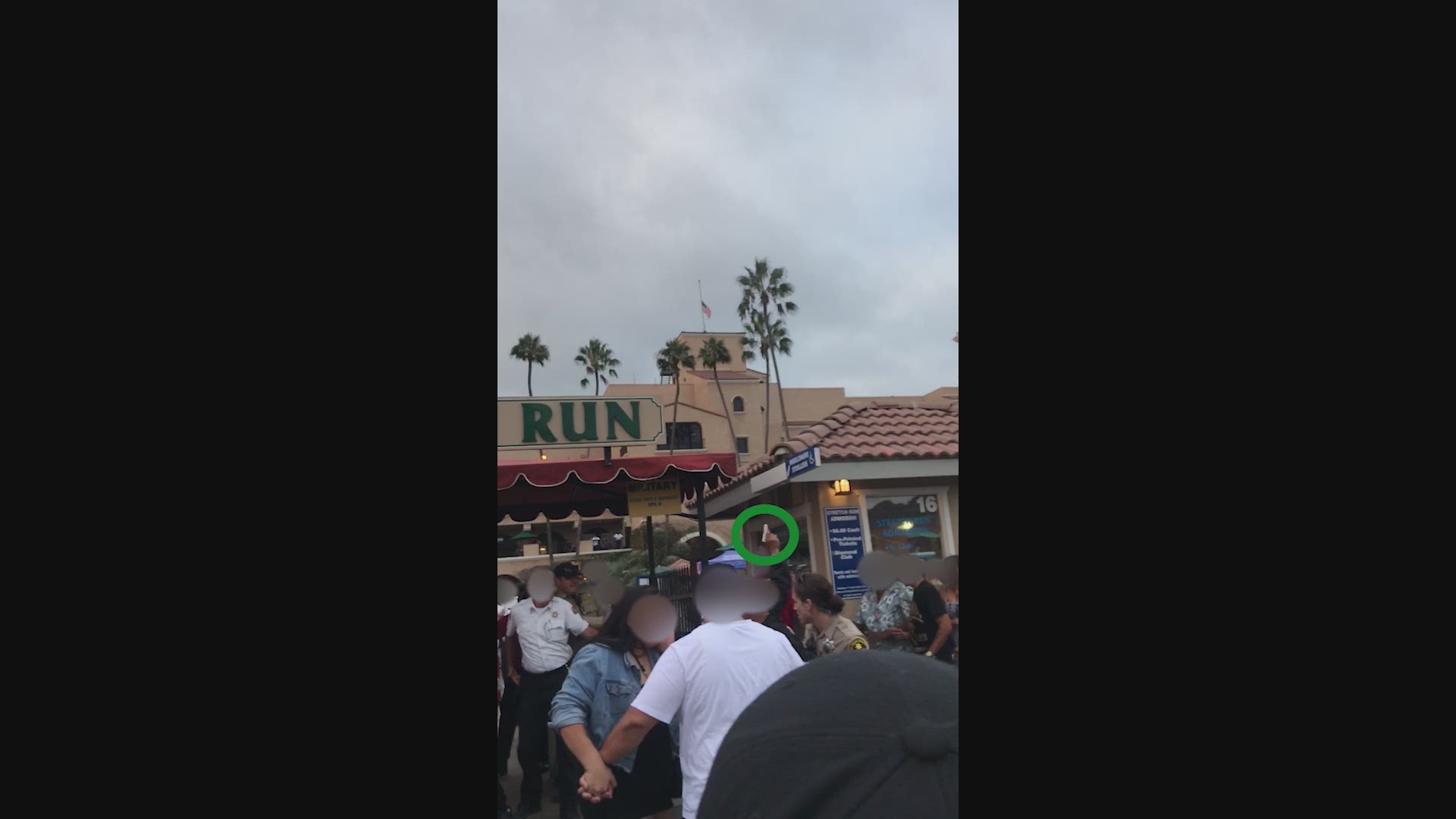 The San Diego District Attorney’s Office released their review Friday of cell phone video of the Escondido man who pulled out a gun and fired shots in the air at a Ice Cube concert at the Del Mar Fairgrounds last year.

This case is one of five recently reviewed by the DA’s office. Relevant portions of body camera, cell phone and surveillance video was released Friday along with a review of five officer involved shooting incidents, according the DA’s office.

The San Diego Sheriff’s Department was patrolling September 2, 2018 during the horse races and Ice Cube concert at the Del Mar Fairgrounds.

Elizarraras survived the shooting and later entered a guilty plea in court and was sentenced to three years in prison.

The DA’s Office determined that the deputy fired at Elizarraras in his own defense and the defense of others and bears no criminal liability for his actions.