Details emerge about Marines arrested for smuggling on Camp Pendleton 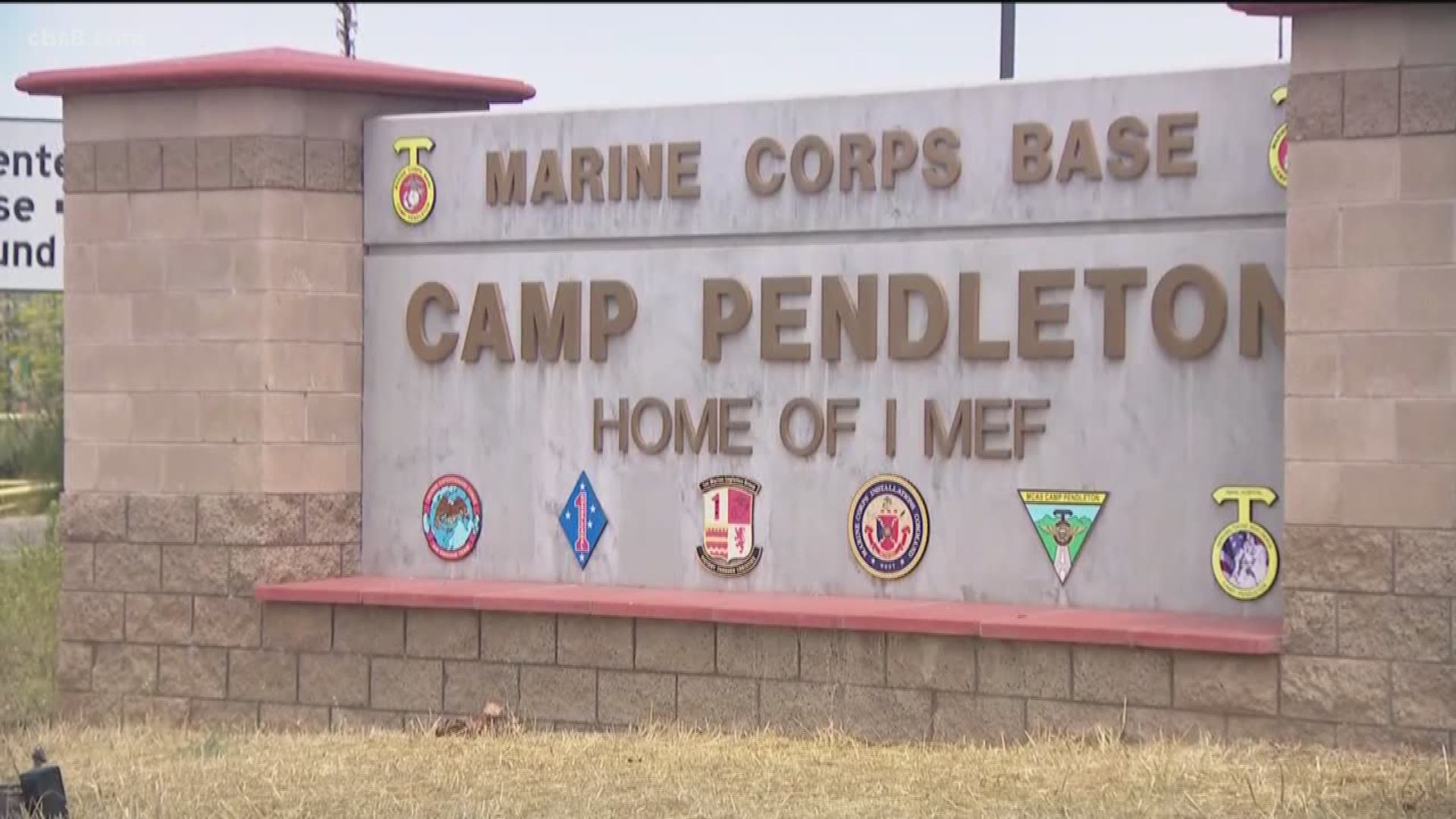 SAN DIEGO — NCIS says 20 Camp Pendleton Marines and a sailor are under arrest for human smuggling and drug-related allegations.

19 of them were arrested on Thursday and are now awaiting charges. The Marines have confirmed the names came up while NCIS investigators were looking into the arrest of two Marines earlier in July.

Byron Law II and David Salazar-Quintero are facing charges of human smuggling. The two are accused of playing a role in a scheme that would bring people into the United Stages illegally and then transport them as far away as New Jersey.

Witnesses say it played out like this: Those who want to illegally cross into the United States usually work with coyotes in Mexico. Witnesses tell Border Patrol agents they were going to pay $8,000 for the journey. On July 3, they crossed near Jacumba Hot Springs where they were picked up by a car driven by Law with Salazar in the passenger seat. Each was supposed to receive $500 for their part.

RELATED: Smugglers offer cash to troops, others to drive migrants

From there they would bring the people with them to the North County, either Solana Beach or Del Mar where another car would take them onward.

Agents say Salazar admitted he was caught during his fourth trip to Jacumba Hot Springs when the agents spotted the car making an illegal U-turn in an area known for smuggling. Salazar and Law admitted to picking up three others in a similar way the night before.

Despite the multiple trips to Jacumba Hot Springs, it is not clear whether either of them ever got paid. It is also not known what role the other 18 Pendleton Marines and sailor supposedly played since they are not yet facing charges.

The Marines say they will hold them appropriately accountable if and when charges are brought. 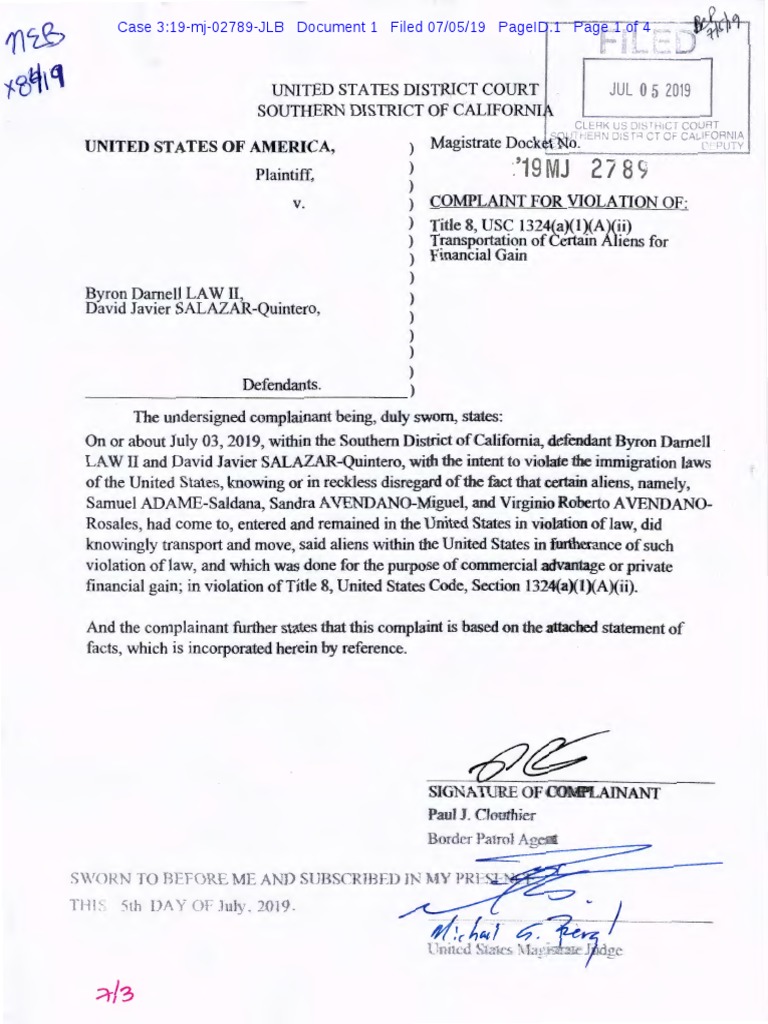