Adam David Milavetz, 38, is accused in the Tuesday morning crash that killed 57-year-old Laura Shinn, an architect and director of facilities planning at SDSU. 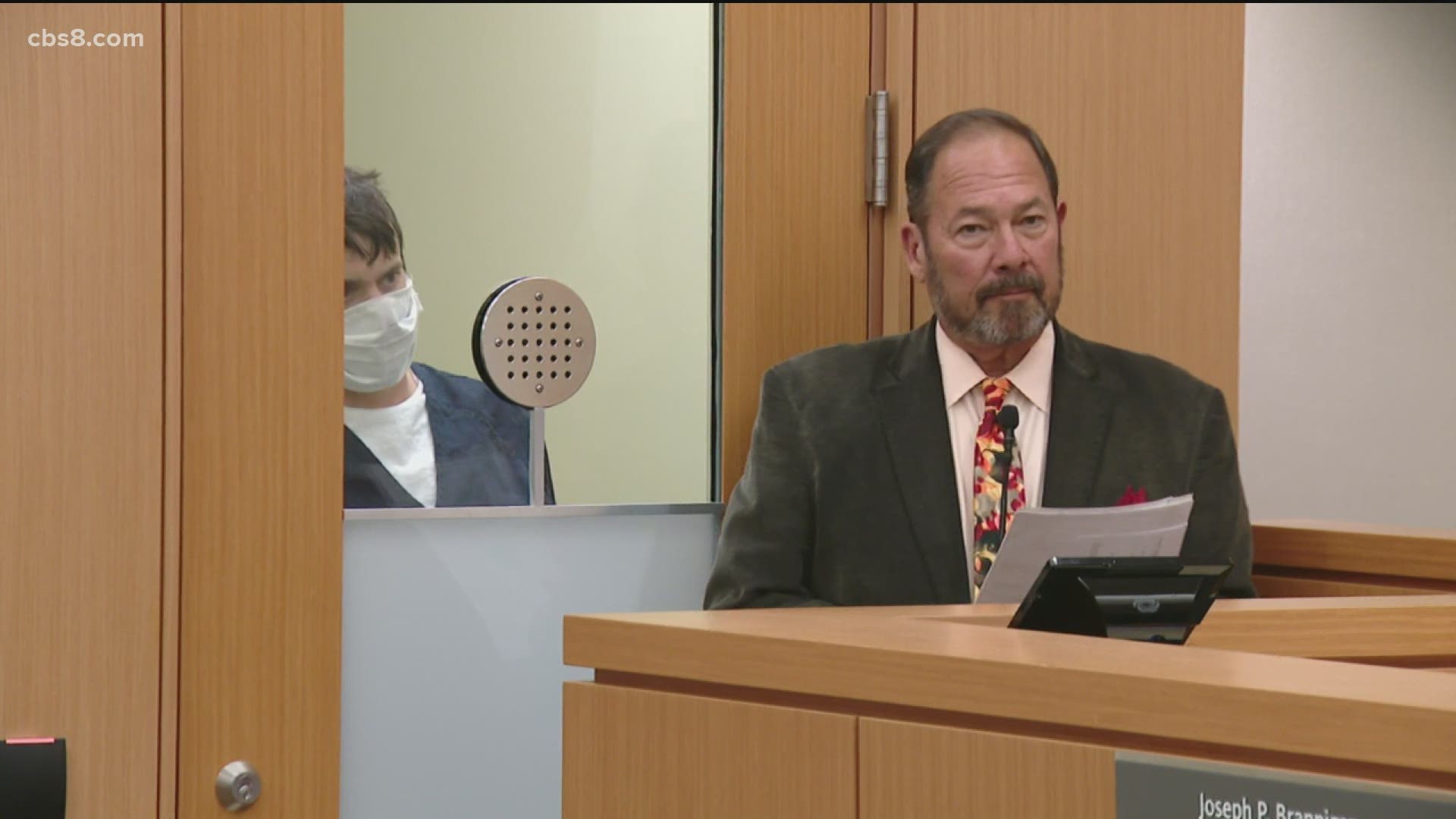 SAN DIEGO — A man who was allegedly driving under the influence of methamphetamine when he fatally struck a bicyclist in Balboa Park pleaded not guilty Thursday to charges that include murder.

Police said that at about 7:30 a.m., Shinn was struck from behind while riding on Pershing Drive. She was taken to Scripps Mercy Hospital in Hillcrest, where she was pronounced dead shortly after arriving, according to the San Diego Medical Examiner's office.

Police said Milavetz remained at the scene and cooperated with investigators.

At Milavetz's arraignment, Deputy District Attorney Kelsey Hollander alleged Shinn was riding in the bike lane when she was struck and that her bicycle and helmet were both outfitted with lights.

Following the crash, the prosecutor said Milavetz got out of his car, ran across the street and dumped two bags over a fence. The bags were later recovered by police, who found "what appeared to be methamphetamine" inside, Hollander said.

Milavetz also showed "signs and symptoms of being under the influence" of drugs when officers met with him, she said.

Milavetz was arrested on July 1 for a misdemeanor DUI offense, in which he was also believed to be driving under the influence of methamphetamine, according to Hollander.

Deputy Public Defender Douglas Miller argued at Thursday's arraignment for Milavetz to be released from custody on his own recognizance or to a residential treatment program. He argued the crash was an accident and said Milavetz remained at the scene, making no attempts to flee from authorities.

Miller argued the defendant was not a flight risk, though Hollander noted Milavetz has dual citizenship in the U.S. and Canada.

In addition to murder, Milavetz is charged with gross vehicular manslaughter while intoxicated and driving under the influence of drugs causing injury.

"San Diego State University can confirm that our dear friend and colleague, Laura Shinn, passed away unexpectedly Tuesday morning. Laura, SDSU’s Director of Facilities Planning, was an incredibly talented architect who helped oversee much of our university’s development and growth. From the Engineering & Interdisciplinary Sciences Complex to the ongoing development of SDSU Mission Valley, Laura’s creativity and commitment to sustainability was evident in every project she touched. Those projects will forever serve as a physical testament to Laura’s impact both on-and-off-campus.

Our sincere thoughts and prayers are with Laura’s family. Please respect their privacy during this incredibly difficult time."

“My heart goes out to that family. Our group does not have an ax to grind with the bicycle folks. Our thing is the parking and what it does to the businesses and the residents,” said Pat Sexton, who's been living in North Park for decades.

Sexton said bike lanes on busy streets like Pershing just aren’t safe for anyone. She's one of the organizers of Save 30th Street Parking, a group pushing back against the city’s decision to put in bike lanes on 30th Street, which they say is creating more danger and eliminating parking spaces in the process.

“I think that bike lanes are awesome for the folks that want to ride bikes. I don’t think it’s a smart idea to put them on the busiest streets in San Diego,” Sexton said.

But the City of San Diego says the new bike lanes do make people safer. Added loading zones that provide a barrier between bicyclists and moving traffic and getting bikes and scooters off the sidewalks.