Michelle Scott was riding her bike and had to be airlifted to the hospital for serious injuries. 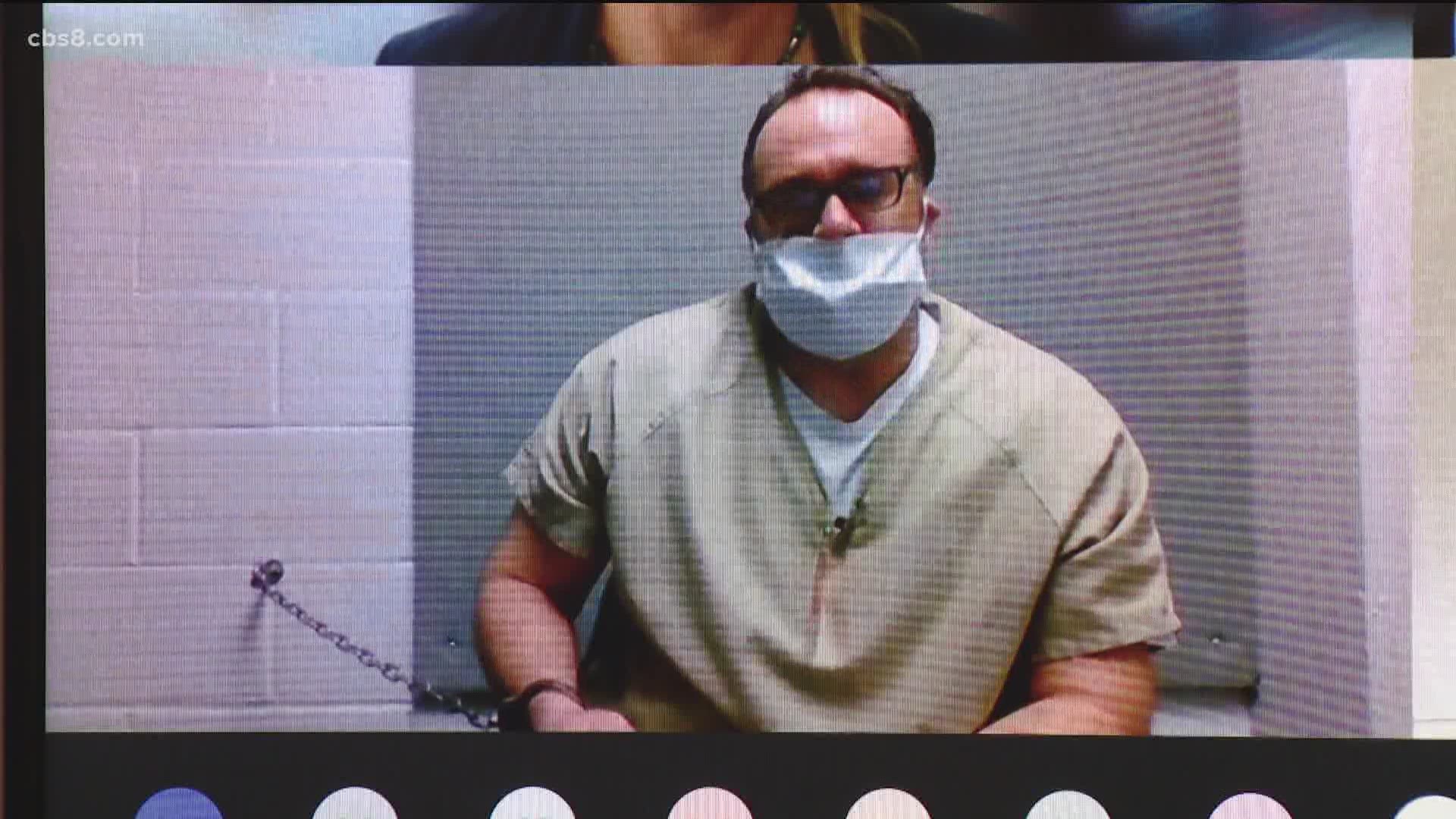 EL CAJON, Calif. — A man who struck and seriously injured a bicyclist in Ramona last fall was sentenced Tuesday to a three-year, eight-month term that includes jail time and community service.

Scott was airlifted to Palomar Medical Center in Escondido, where she was treated for about two months before being transferred to a Poway nursing care facility, where she remains under full-time care, recovering from the brain injury she suffered in the crash, according to the Ramona Sentinel.

Her husband said at Richard's sentencing hearing Tuesday morning that his wife requires a feeding tube and had a tracheotomy.

"She's unable to do most anything. She can barely give a thumbs-up," he said.

The California Highway Patrol said a tip from the public led investigators less than a week after the crash to Richard's damaged SUV in the garage of his Ramona residence.

Per the terms of his plea agreement, Richard will spend two years in local custody and 20 months on mandatory supervision, which includes performing 200 hours of community service.

Deputy District Attorney Valerie Ryan said the sentence "is striking a balance between punishment and rehabilitation" and was "facilitated by the open optimism of Don Scott and his family and their commitment to community service."

Don Scott said his wife will not be able to make a recovery that will allow her to continue performing the community service to which she was so dedicated.

Richard made a statement to the court in which he said he was "truly sorry" for what occurred.

"I've been praying for her, and her family and Mr. Scott every night and every morning and wishing that she can make a recovery. My heart goes out to her family and I wish them the best of everything," he said.

Richard said he would abide by Don Scott's wishes to commit himself to community service.

"I would thank her family for coming forward and giving me the opportunity to be an active part of community service, and I'm looking forward to that," Richard said.

Shortly before handing down the sentence, San Diego County Superior Court Judge Robert Amador told Richard, "The family of this victim in this particular case has shown you mercy and essentially wants you to move forward and to take the role of the victim and to create some good in the future that she can no longer do."

Amador noted that Richard has no prior criminal record or history of criminal behavior, a factor he said weighed on his belief that Richard could generate something positive out of the tragedy.

"The court hopes that what you feel and professed to the court today is in fact the truth, and is in fact something that you will take to heart," Amador said.