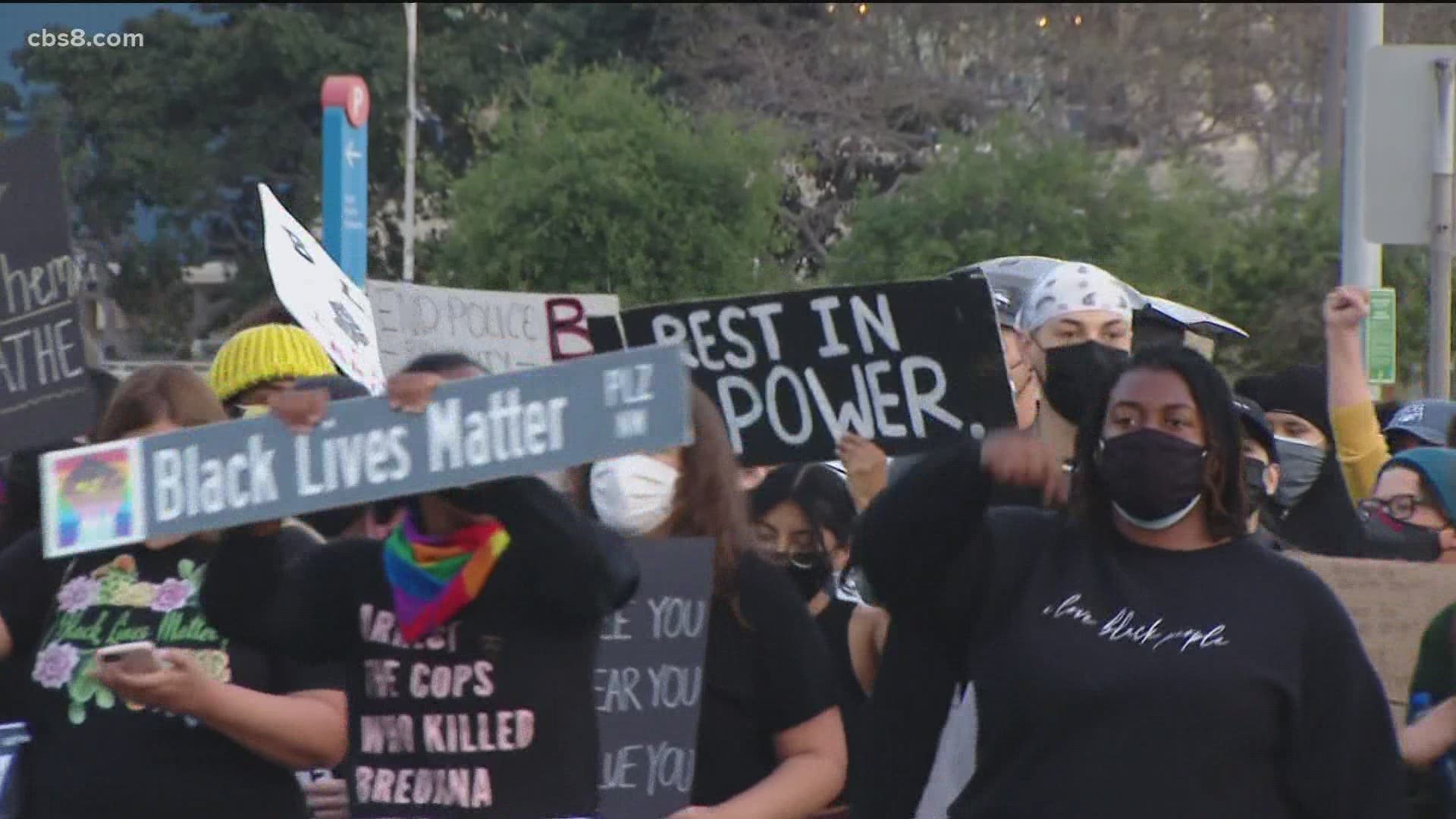 SAN DIEGO — Following the murder conviction of former Minneapolis police officer Derek Chauvin, several questions remain, with many asking, where do we go from here?

On Wednesday, the Justice Department announced it is opening a sweeping investigation into policing practices in Minneapolis.

While many view the verdict as justice, some people believe real justice won't come until significant changes are made within our policing systems.

"I think the most important thing is to realize there's still a lot of work ahead. If we just look the Chauvin verdict and his incarceration and say it's done and over and we can move on, then we've lost a real opportunity and we don't understand what real justice is," said Andrea St. Julian, an attorney and co-chair of San Diegans for Justice.

St. Julian advocated for Measure B, a San Diego initiative that passed in November, establishing a commission on police practices.

She said that's a good start, as is the ban on carotid restraints.

But, St. Julian would like to see additional steps taken such as a quality insurance program to ensure police policy changes and practices are being followed, as well as a formalized whistleblower program.

“Where police officers who see wrongdoing can come to the new commission, they can make a new complaint, they can discuss what's going wrong and they can do that without the fear of retaliation,” said St. Julian.

St. Julian said community involvement and consistency will be key in ensuring the recent momentum continues.

"We've got to keep moving forward to make sure that no one ever dies in this way again," she said.

Derek Chauvin is expected to be sentenced for the murder of George Floyd in June.