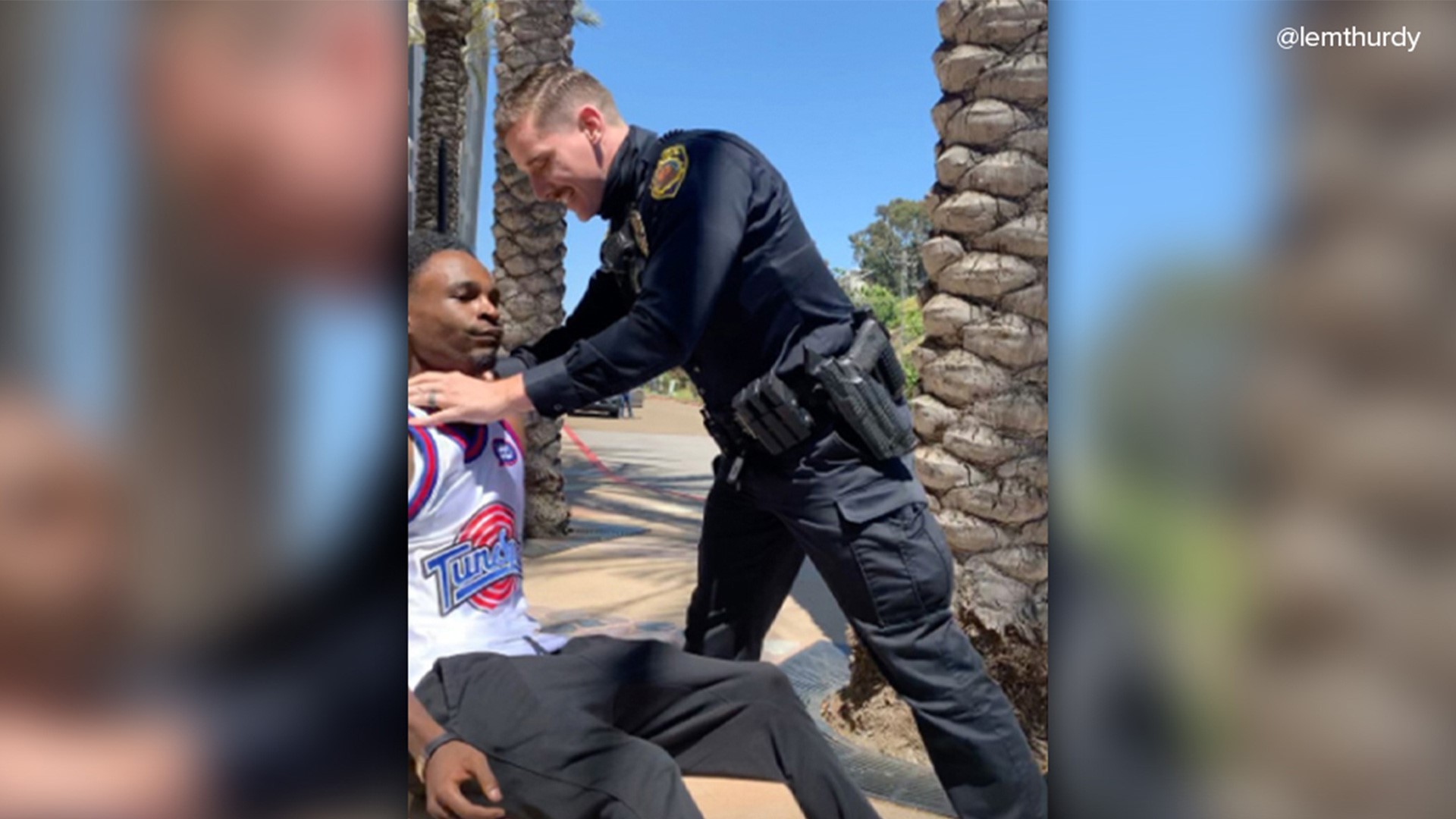 SAN DIEGO COUNTY, Calif. — A former La Mesa police officer at the center of a controversial arrest of a young Black man near the Grossmont trolley station is facing a felony count of filing a false report, the San Diego County District Attorney's Office announced Monday.

Matthew Dages, 30, is charged in connection with filing a false report one day after the May 27 arrest of 23-year-old Amaurie Johnson.

Johnson's arrest, which was captured on video and circulated over social media, sparked condemnation, particularly coming two days after the in-custody death of George Floyd in Minneapolis.

"I think it's relief in seeing that something is actually being done," Troy Owens, the attorney representing Johnson, told News 8, "and that this is not just a situation that's being swept under the rug."

Dages is accused of "falsifying the reason for Johnson's detention as well as his actions" and faces up to three years in state prison if convicted. He's slated to be arraigned March 9 at the East County Regional Center in El Cajon.

"This does show some sincerity on the part of the District Attorney's office as far as mending relationships with the community and trying to make things right," Owens added.

Shortly after the arrest, then-La Mesa Police Department Chief Walt Vasquez said Johnson was initially contacted for smoking in public, then later arrested on suspicion of assault on an officer, and resisting, delaying and obstructing an officer.

He was released on a misdemeanor citation.

The police department announced in early June that it would not be seeking charges against Johnson.

Dages, who had been employed by the department since 2018, was fired in August. The firing was upheld last month by the city's Personnel Appeals Board.

Johnson filed a federal lawsuit this summer against Dages and the city of La Mesa.

According to his court papers, he was waiting to be picked up by friends outside of a La Mesa apartment complex when he was approached by officers. Johnson tried to walk away from Dages, but was pushed, then had his arm "violently grabbed," his body "forcefully jerked," was "aggressively pushed" into a seated position, and then was placed in an arm-bar by Dages, according to the lawsuit.

District Attorney Summer Stephan said, "When someone in a position of trust such as a police officer commits a crime, it causes tremendous harm and shakes the community's confidence in those who are sworn to protect them."

"Everyone is accountable under the law and as we've done previously, we will file criminal charges when they are supported by facts and evidence," she said. "My office's Special Operations division of specialized prosecutors and investigators is dedicated to the principles of conducting fair, thorough and independent reviews of public corruption and police misconduct cases with the goal of enhancing public trust and pursuing justice."

Amaurie Johnson's attorney said that he believes more charges against Dages could be possible.

"We do believe that based on the evidence that we've seen so far, there are numerous other violations of law that can be charged," Owens said. 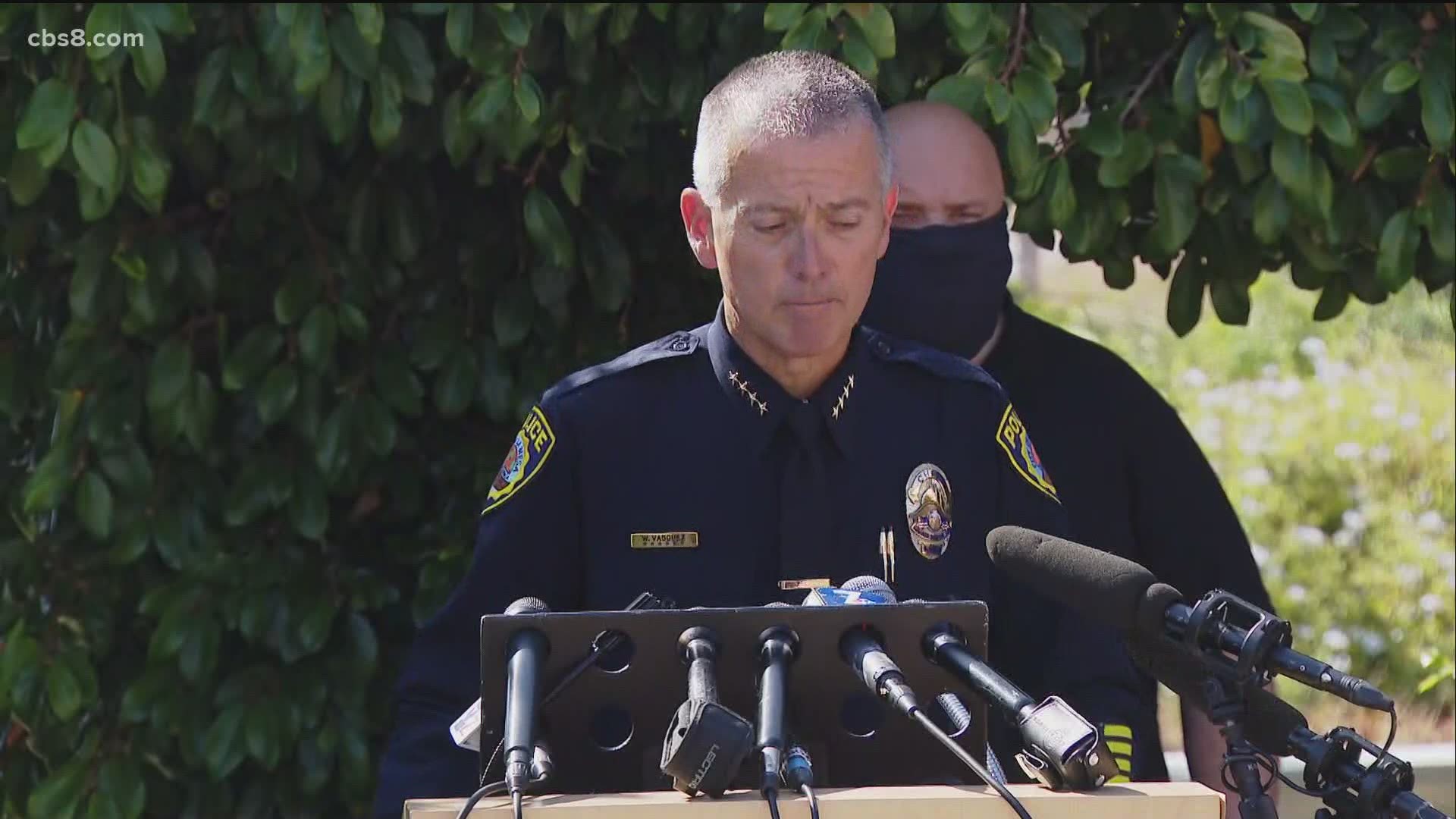