The group called for the resignation of Summer Stephan and for officers that have used excessive force to be prosecuted. 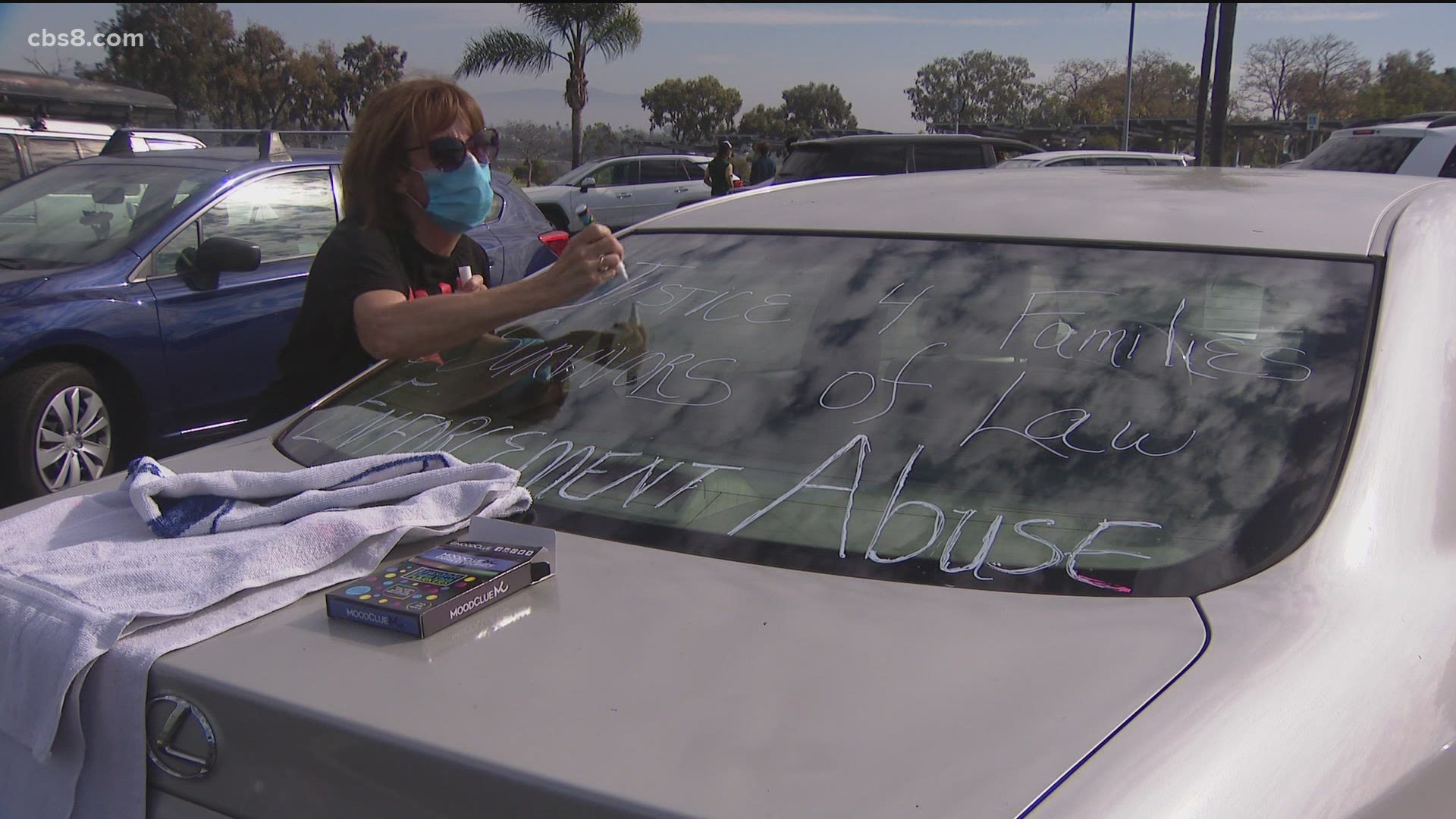 SAN DIEGO — A group of community leaders is calling on District Attorney Summer Stephan to resign.

Those leaders said, for too long, Stephan has allowed local law enforcement to get away with murder, especially when the victims are Black and brown residents. Monday, in a caravan with dozens of vehicles, they took their message across San Diego County.

His brother, Dennis, suffered from mental illness. His family called San Diego police for help back in August 2019. Shortly after officers arrived, Dennis charged at them.

One officer fired multiple shots even though the other officer was holding a taser. Carolino died from his injuries. The District Attorney's office ruled the fatal shooting was justified.

“Why you didn't prosecute this police,” Carolino said. “Is that justified? Killing someone - shot seven times.”

Members of the caravan said Dennis' case is just the tip of the iceberg. They point to the District Attorney's report from 2019 that documented 25 years of officer-involved shootings in San Diego County. More than 450 people were shot by law enforcement. Not a single officer who fired their weapon while on duty was arrested.

“The demand is for her to prosecute rogue officers who have killed, brutally murdered, while wearing their badges,” said caravan organizer Buki Domingos.

The District Attorney's office issued a statement saying in part, “When the evidence and facts support criminal charges in a use-of-force incident, we file them, as we did last summer against a former Sheriff's deputy charged with murder.”

It's referring to the case of Deputy Aaron Russell who shot and killed Nicholas Bils last May as he was running away after escaping from an officer's handcuffs. Stephan made the decision to charge Russell shortly after the murder of George Floyd.

“It's not sincere,” said Dr. Darwin Fishman, who called Stephan’s charging of Russell a political stunt. “If you used that same standard she used - you'd have literally hundreds of officers that would have been prosecuted and arrested.”

The group hopes Stephan will prove them wrong by revisiting those old cases and filing charges against more officers.