The bomb squad cleared the home by carefully detonating the volatile chemicals found throughout the property. They said they didn’t find bombs, but found chemicals t 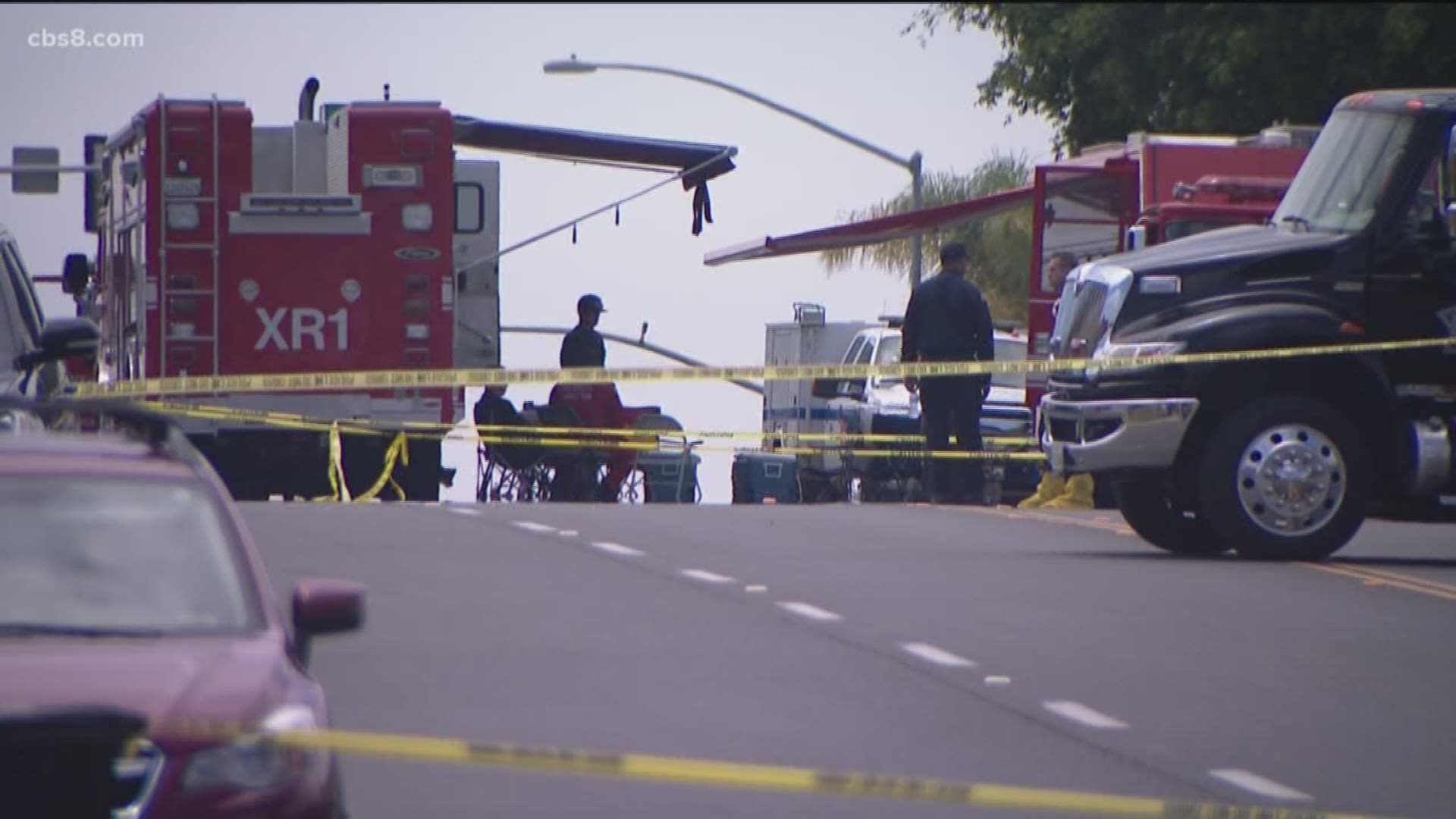 SAN DIEGO — For a third day in a row, the San Diego Police Department and San Diego Fire-Rescue Department spent the day in Valencia Park, searching the home of a man suspected of making homemade explosives while also running a suspected meth lab.

The bomb squad cleared the home by carefully detonating the volatile chemicals found throughout the property. They said they didn’t find bombs, but found chemicals that react very easily.

Investigators said part of the reason it's taking so long for technicians to finish their sweep is due to hoarding conditions inside and outside of the home.

Several neighbors reported that they've heard what sounded like small explosions in the days leading up to Friday, June 21 when the suspect was sent to the hospital with burns and shrapnel wounds from an explosion. Following the accident, police officers and fire crews entered the home where they discovered evidence of an illegal drug operation and homemade explosives. According to the bomb technicians once they discovered the homemade explosives, they the operations down because they it was like working in a minefield.

While nearby homeowners say they always suspected something was going on in the house, they never imagined it was anything like this. They said they are thankful authorities are taking it seriously.