Dorotik was convicted in 2001 of killing her husband and was serving a 25-years-to-life sentence but may receive a new trial due to newly discovered DNA evidence. 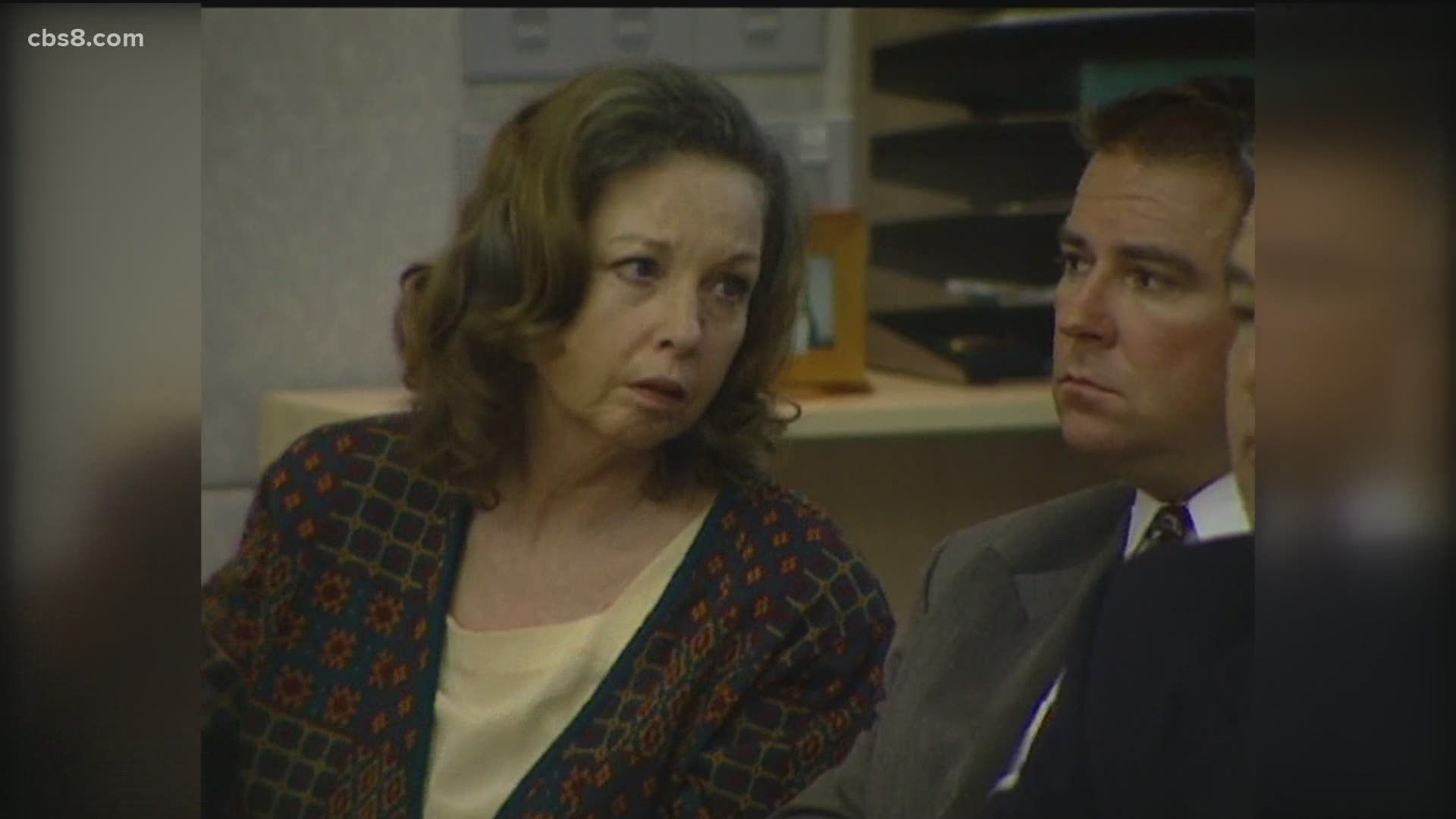 VISTA, Calif. — A murder conviction was reversed Friday for a 73-year-old former Valley Center woman, who was convicted in 2001 of killing her husband and was serving a 25-years-to-life sentence, but may receive a new trial due to newly discovered DNA evidence.

Jane Dorotik was found guilty of the murder of 55-year-old Robert Dorotik, whose body was found on Feb. 13, 2000, one day after his wife said he disappeared after going jogging, prompting her to report him missing.

Dorotik was released from the California Institution for Women in Corona in April amid the COVID-19 pandemic and will remain out of custody on her own recognizance. Attorneys will reconvene Oct. 25 to discuss the possibility of a retrial.

Prosecutors alleged at trial that Dorotik beat her husband to death in their bedroom in the Valley Center horse ranch they rented, then dumped his body on the side of a road a few miles away.

Medical examiners concluded he died of blunt force trauma to the head and strangulation, which prosecutors alleged was committed with a hammer and rope.

The prosecution theory was that Dorotik killed her husband because she would have to pay him 40% of her income in the event of a divorce.

Attorneys from Loyola Law School's Project for the Innocent say Dorotik was wrongfully convicted and submitted a habeas corpus petition alleging issues with the DNA evidence and testimony used to convict her.

Her attorneys say newly conducted DNA testing of the victim's clothing, fingernails and a rope alleged to be one of the murder weapons showed no evidence of Dorotik's DNA, excluding her presence from the crime scene.

They also alleged a prosecution expert witness testified during Dorotik's trial that stains found in the bedroom were her husband's blood, even though most of the stains were not tested and never confirmed to be blood at all.

"There was a lot of evidence presented against her at trial that the jury was told, this was all blood from [her] husband and this turned out to be completely false," Paula Mitchell, legal director of The Project for the Innocent at Loyola Law School, told News 8 after Friday's hearing.

During an afternoon hearing at the Vista courthouse, Deputy District Attorney Karl Husoe said some of the new evidence stems from "the results of the retesting of some physical items of evidence" and noted "the DNA evidence as it exists now in 2020 is much different in quality and quantity than presented at trial in 2001."

The prosecutor said the new evidence "undermines the previous evidence presented at trial to the extent that a new trial would be granted by this court."

Additionally, Husoe said the D.A.'s office received "new information regarding lab personnel which our office was previously unaware of, but (was) recently made known to us," but did not elaborate on the content of that information.

Walker said, "Ultimately, this office intends to pursue DNA testing and retesting of the available evidence, in this case, using modern and advanced DNA technology available to us today. Whatever the outcome of this additional testing may be, this office will commit resources to this matter in an effort to do all we can to seek the truth and pursue justice."

Mitchell said that Jane Dorotik "is a little overwhelmed, and obviously very relieved," after learning her conviction was overturned nearly two decades after she was originally found guilty.

"I know she is really eager to catch up with her family," Mitchell told News 8. "She hasn't seen them, been able to spend time with them in 20 years."

Her attorney also said Dorotik plans to continue advocating for elderly female inmates: work which she had been doing for years now behind bars.

"She has actually become quite a force, quite an advocate for prison reform," Mitchell added.