About $10,000 worth of valuable comics were stolen. 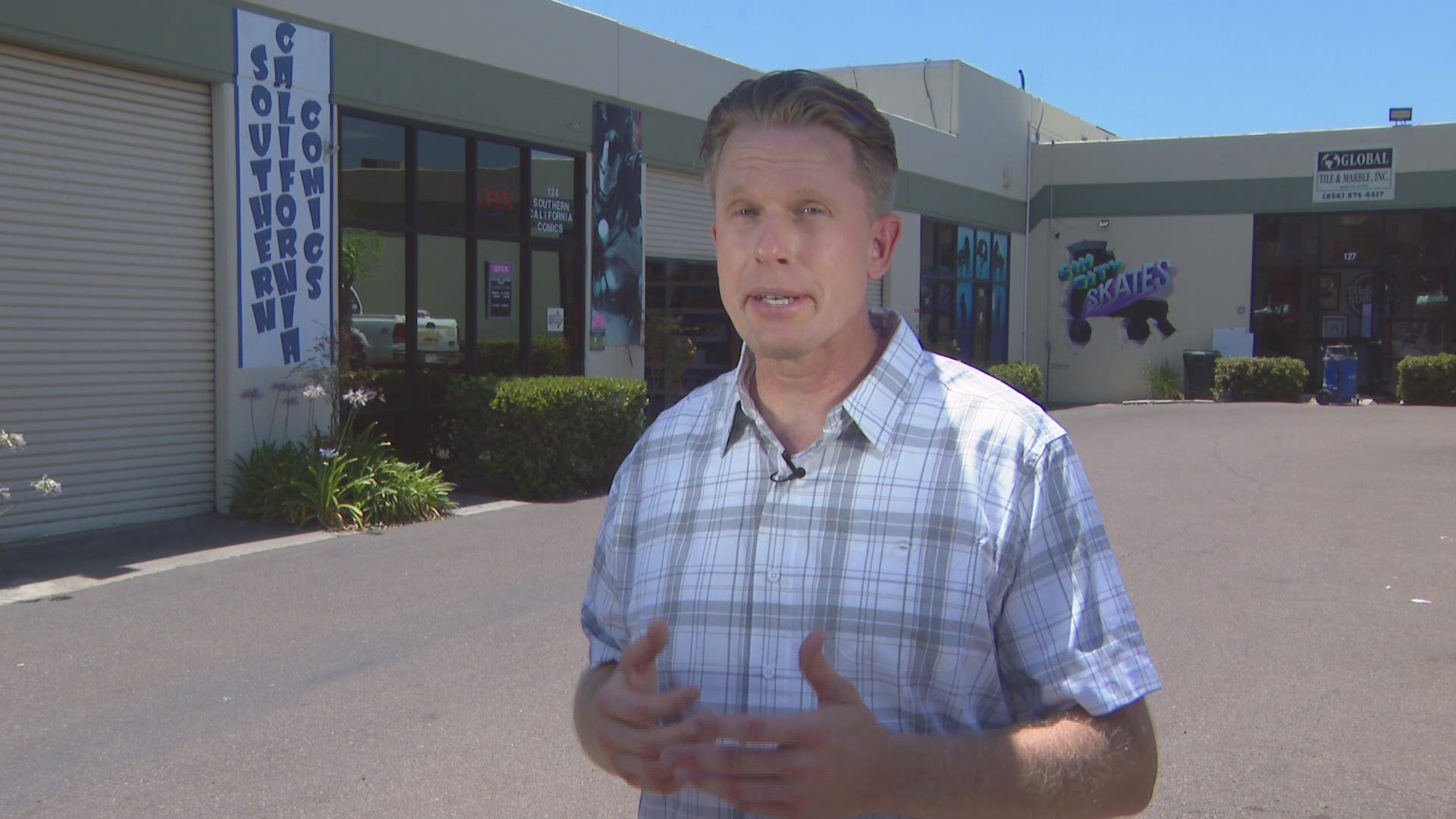 SAN DIEGO — The owner of Southern California Comics in Kearny Mesa and his employees were counting their losses recently after the store was hit by thieves. The three burglars made off with some rare comic books while the entire crime was caught on camera.

“It’s depressing,” said store owner Jamie Newbold. “We’ve been here for 23 years and done everything we can to secure the place.”

Newbold is reeling from his losses after a burglary Thursday morning at his comic store in Kearny Mesa.  The surveillance video shows three men in masks and hoodies as they ransacked the store.

“Once in, they split up,” said Newbold. “They appeared to know exactly where they were going. He smashed the glass to grab some of the more expensive books.”

After one of the burglars cut his forearm on the glass shards from the broken case, the alarm started ringing, and the three men made their way to the exits. They then took off in a black Nissan Armada SUV with the license plates covered up.

Altogether, Jamie estimates about $10,000 worth of comics were stolen.

“Comic books are liquid collectibles,” said Newbold. “They can be blown out real quick.”

Jamie is now working on insurance claims, and he said the break-in has robbed his sense of security.

“It is depressing. It’s distressing because I have nine employees who are dependent on this place for a livelihood,” said Newbold. "None of us are certain what is going to happen here next.”