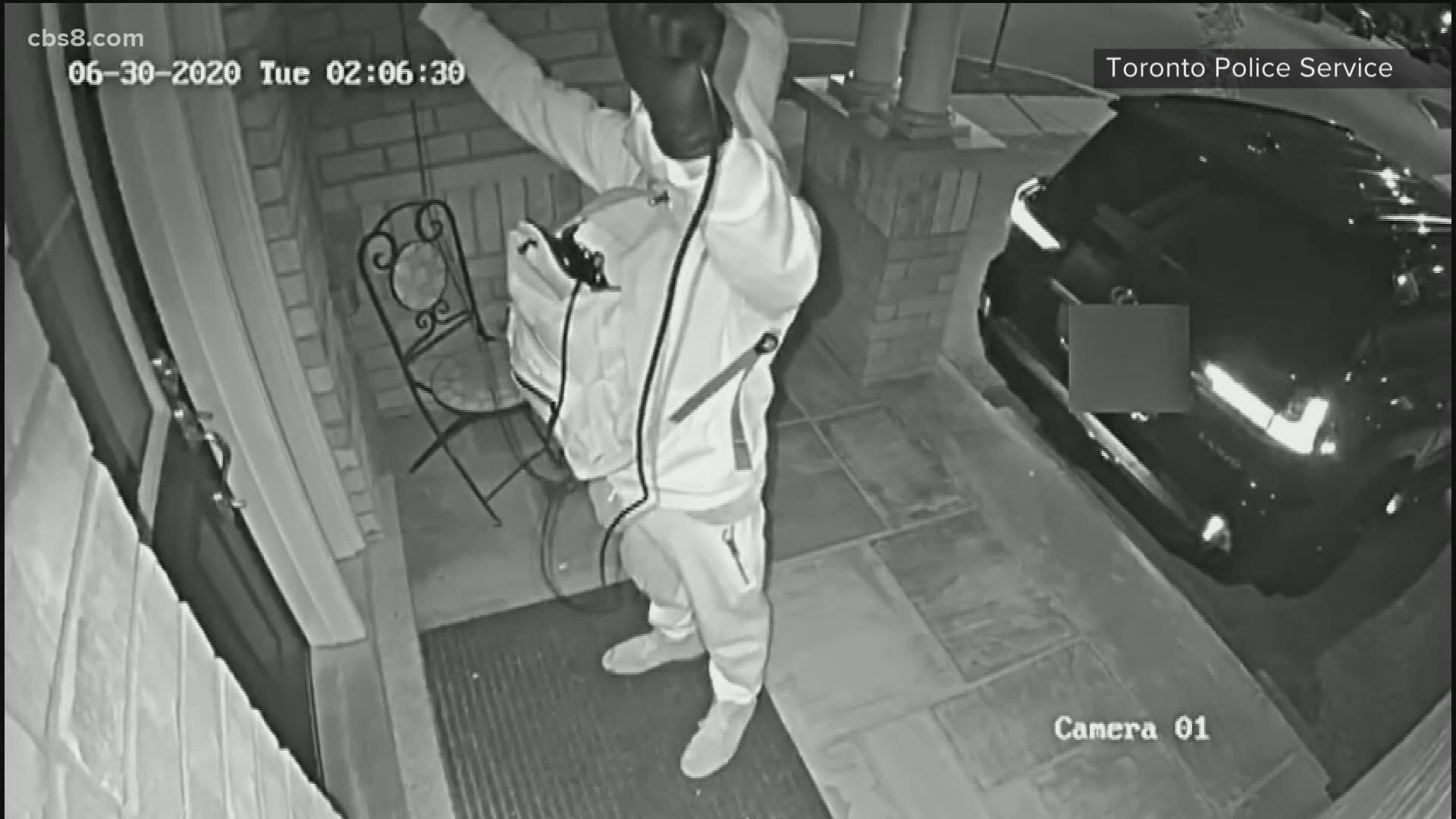 SAN DIEGO — Car burglars in Rancho Penasquitos appear to be targeting vehicles with keyless entry systems.  One victim believes the thieves may be using radio technology to break into cars with so-called smart keys.

“They hit, I don’t know, a half dozen cars on my street that had keyless ignitions,” said neighbor Ray Taylor.

Taylor woke up to find the car cover removed from his 2019 Mercedes, and the truck open.

“The only thing they took was my old hoodie that I kept in the trunk in case I ever got cold, and that was it.  And, I guess my registration papers that they threw out on the street,” Taylor said.

There is no shortage of surveillance videos on YouTube showing thieves using radio-frequency, relay equipment to automatically open the doors of vehicles with keyless entry systems.

“The way the keyless ignitions work, they put out a signal so when you walk up to your car, your car recognizes you and unlocks itself,” said Taylor, who is a retired engineer.

The break-ins are called relay attacks.

Thieves use an antenna to pick up weak radio signal emitting from the key fob inside your house, and relay that signal to an accomplice with a receiver near the car.

“They always go up by the front door because everybody keeps their keys by the front door. So they get their best signal there,” said Taylor.  “They go up your house and they have this amplifier that picks up the signal from your key fob, amplifies it down to your car.  You have an assistant by the car who opens the car once the signal gets there and they have access to your car.”

Taylor said the police told him about six vehicles in his neighborhood that were hit.

Officers could not confirm whether the Rancho Penasquitos break-ins were indeed relay attacks, but Taylor said his Mercedes was locked and there was no damage to the car.

Fortunately, there is a solution: a $23 Faraday box selling on Amazon, which shields your key fob so the radio signals can't get out.

“You put your keys inside this box and there's no signal that they can pick up, send to your car and open it,” said Taylor.

RELATED: Here are ways to prevent your packages from being stolen

RELATED: Thieves steal $6,000 worth of valuables from Pacific Beach restaurant