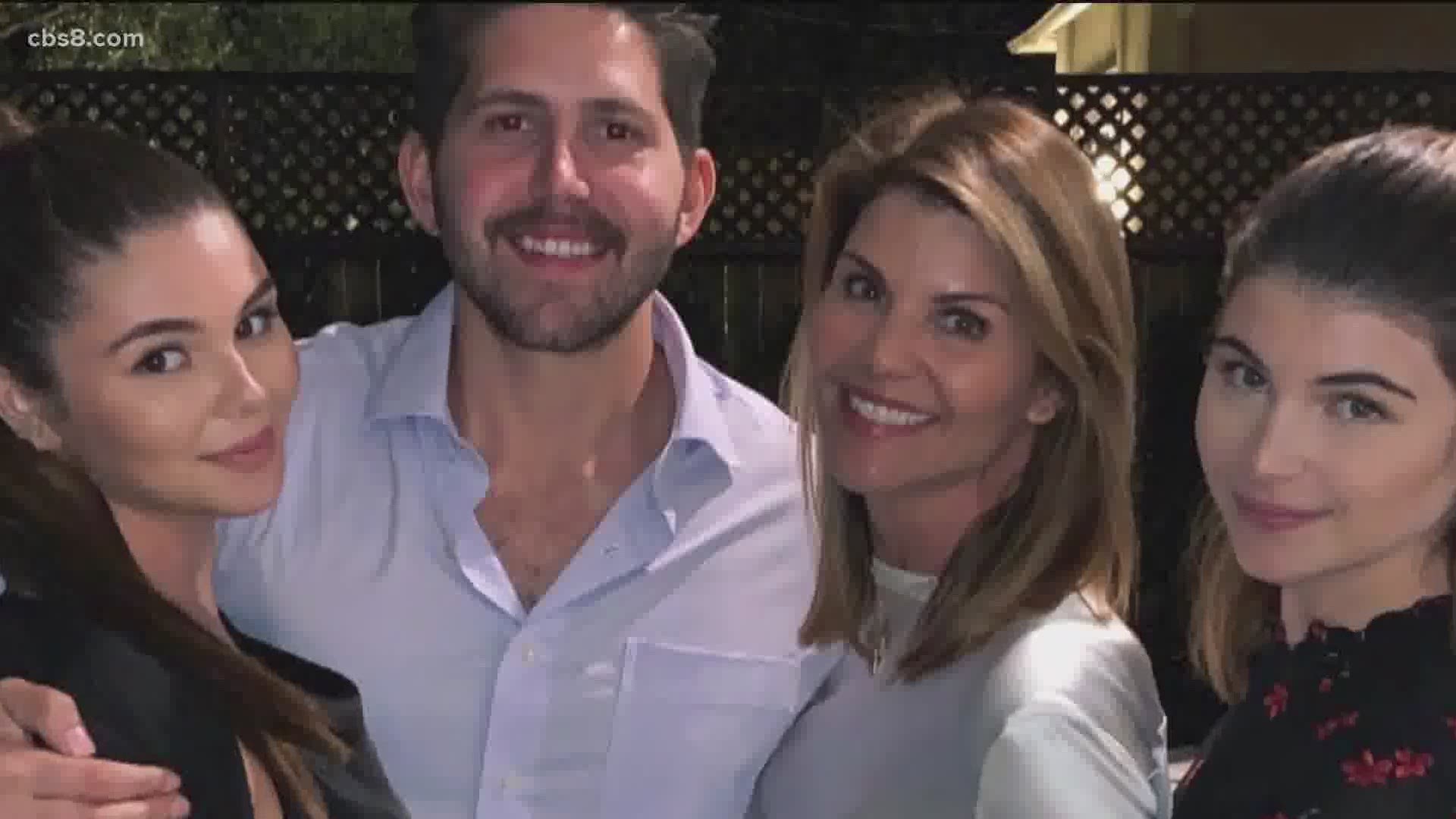 LOS ANGELES — Actress Lori Loughlin and her fashion-designer husband Mossimo Giannulli have agreed to plead guilty in Boston to federal conspiracy charges for their roles in the college admissions scandal and will spend time behind bars, prosecutors announced on Thursday.

Loughlin, 55, and Giannulli, 56, both of Malibu, are expected to plead guilty in Boston federal court on Friday.

"If they go to trial and if they and lose, the minimum is two years in custody all the way up to multiple years in custody," said attorney Gretchen von Helms. "So if you can get a plea deal for two months that obviously makes more sense."

Von Helms is not representing anyone associated with the college admissions scandal, but she's been a criminal defense attorney for years.

She said the pandemic will play a role in their sentences.

Loughlin and Giannulli are the 23rd and 24th parents to plead guilty in the college admissions case.

U.S. Attorney Andrew E. Lelling said that under the plea agreements, the couple "will serve prison terms reflecting their respective roles in a conspiracy to corrupt the college admissions process and which are consistent with prior sentences in this case."

The charge of conspiracy to commit mail and wire fraud and honest services mail and wire fraud provides for a sentence of up 20 years in prison, three years of supervised release and a fine of $250,000 or twice the gross gain or loss, whichever is greater. Sentences are imposed by the judge based upon advisory sentencing guidelines and other factors.

Earlier this month, U.S. District Judge Nathaniel Gorton refused to dismiss the charges against the couple and other parents accused of cheating the college admissions process who claimed they were entrapped by federal authorities.

Gorton rejected a defense motion to toss the indictment over allegations of misconduct by FBI agents. The judge also denied a bid to block prosecutors from presenting secretly recorded phone calls for the jury.

Gorton wrote in the ruling that the court is "satisfied that government's counsel has not lied to or attempted to mislead the court or fabricated evidence."

In court papers, lawyers for the actress and her husband argued that the couple believed the $500,000 they paid to admitted scheme mastermind William "Rick" Singer's purported charity was a legitimate donation to USC's athletics program -- and not a bribe to a rowing coach to ensure their daughters' admission to the school as crew recruits.

Loughlin's attorneys alleged that FBI investigators asked Singer to lie in 2018 by telling parents in recorded calls that their money would be used for donations, not bribes.

Loughlin and Giannulli, who initially pleaded not guilty to federal conspiracy, bribery and money-laundering charges, paid $500,000 as part of a scheme with Singer and a USC athletics official to get their two daughters into the university as members of the crew team, even though they did not participate in the sport, court papers show.

As part of the scheme, the parents sent Singer, a Newport Beach businessman, photos of their daughters on a rowing machine.

Loughlin and Giannulli's daughters were accepted at the university, although they are no longer enrolled.

Singer, who ran a for-profit college counseling business called The Edge College & Career Network, also known as the Key, pleaded guilty and is cooperating with the government's investigation.

Dozens of parents and college athletic coaches were implicated in the 52-defendant scandal, including former KFMB-TV owner Elisabeth Kimmel.

Her attorney, Eoin Beirnes told News 8 "We intend to go to trial. There haven't been any discussions about plea deals."

Von Helms said winning at trial could be difficult.

"Pretty much all the defendants have conceded that they were engaging in bribery or a quid-pro-quo in order to get their children into these prestigious universities," she said. "So it's going to be more difficult for the defendants still remaining to prevail."

Oscar-nominated actress Felicity Huffman was released Oct. 25 from a low-security federal prison camp in Northern California 11 days into a 14-day sentence handed down last September for paying to have a proctor correct her daughter's answers on a college-entrance exam.

Huffman was also ordered to spend a year on supervised release, pay a $30,000 fine and perform 250 hours of community service. The "Desperate Housewives" actress was the first parent to be sentenced in connection with the wide-ranging college-admissions cheating scandal, a probe dubbed "Varsity Blues."