The 19-year-old was charged by criminal complaint with 109 hate crimes violations. The complaint alleges that these crimes were motivated by hatred toward the Jewish and Muslim communities. 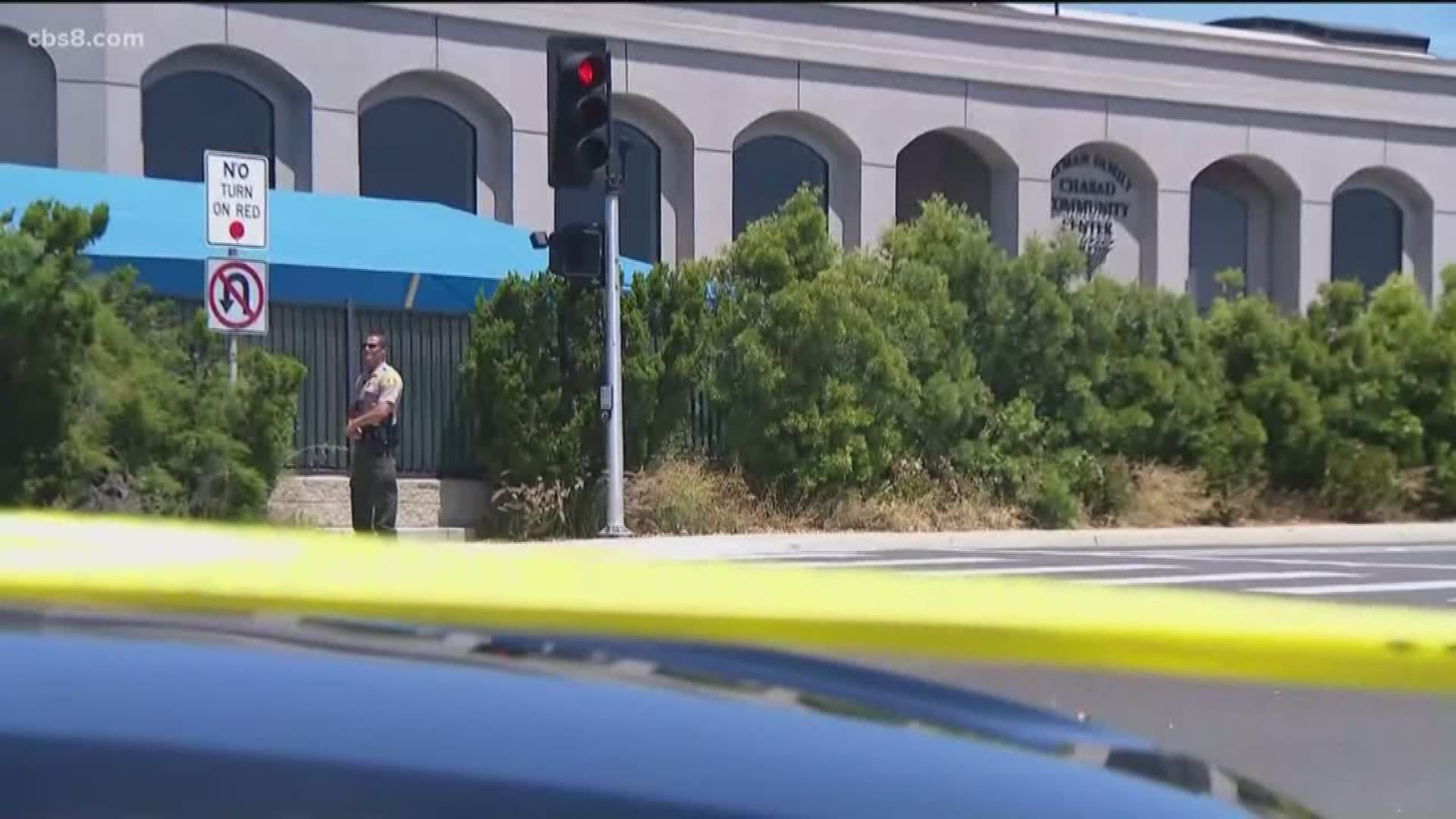 SAN DIEGO — A 19-year-old man accused of opening fire inside a Poway synagogue, killing a woman and injuring three other people, was charged with 109 federal hate crimes alleging he acted out of hatred toward the Jewish and Muslim communities.

The U.S. Department of Justice Thursday charged the alleged shooter, John T. Earnest from Rancho Peñasquitos, with federal hate crimes, including the murder of one person and the attempted murder of 53 others, for his actions during the April 27 shooting at the Chabad of Poway Synagogue.

“We will not allow our community members to be hunted in their houses of worship, where they should feel free and safe to exercise their right to practice their religion,” said U.S. Attorney Robert S. Brewer, Jr. “Our actions today are inspired by our desire to achieve justice for all of the victims and their families.”

“No one in this country should be subjected to unlawful violence, injury, or death for who they are or for their religious beliefs,” said Assistant Attorney General Eric Dreiband for the Civil Rights Division. “The Department will vigorously prosecute those who commit hate crimes and acts of domestic terrorism, and we will continue to work with our state and local partners to bring to justice anyone who violates the civil rights of Americans.”

“The FBI is steadfast in our commitment to gather all the facts and ensure justice is served in this case,” said FBI San Diego Acting Special Agent in Charge Suzanne Turner. “As we work together to bring justice and begin the healing process, our community has shown extraordinary strength and unity on so many levels - from our law enforcement partners, diverse faith-based communities, and extending to our citizens and neighbors.”

RELATED: Community vigil held in support of Chabad of Poway

According to the affidavit in support of the criminal complaint, on April 27, the suspected gunman drove to the Chabad of Poway Synagogue, where members of the congregation were gathered to engage in religious worship celebrating Shabat and last day of Passover. He entered the building armed with an AR-15 style semiautomatic rifle that was fully loaded with a 10-round magazine.

He wore a chest rig which contained five additional magazines, each loaded with ten rounds of ammunition. The affidavit alleges that while inside the Poway Synagogue, he opened fire, killing one person and injuring three other members of the congregation, including an 8-year-old girl. During a pause when the suspected gunman unsuccessfully attempted to reload his firearm, several congregant members, including an off-duty Border Patrol Agent, chased him as he fled from the Synagogue. The suspected gunman fled the scene in his car, but was subsequently apprehended by law enforcement authorities who discovered the AR-15 and additional magazines of ammunition in his car.

The affidavit further alleges that after the shooting, law enforcement investigators found a manifesto online bearing the suspected gunman’s name. A copy of the mainfesto was later found on his’s laptop during the execution of a search warrant. In the manifesto, he made many anti-Semitic and anti-Muslim statements.

According to the affidavit, he also admitted in the manifesto to the arson of an Escondido Mosque in March 2019. The affidavit alleges that on March 24, 2019, seven individuals were inside the mosque when they smelled gasoline and saw flames coming through the crack of one of the mosque’s doors. The individuals put out the fire, but not before the fire had damaged the exterior of the mosque. The affidavit further alleges that surveillance video showed a suspect arriving at the mosque in the same type of vehicle the suspected gunman used in committing the attack on the Synagogue. The defendant allegedly claimed in his manifesto that he was inspired by the Tree of Life synagogue shooting in Pittsburgh, Pennsylvania, and the recent shootings at two mosques in New Zealand.

Below is the full charging document released by federal authorities on Thursday.

Assistant United States Attorneys Shane Harrigan, Peter Ko, John Parmley, and Caroline Han, along with Trial Attorney Rose Gibson of the Civil Rights Division, are prosecuting this case on behalf of the government. The FBI, San Diego Sheriff’s Office and the Bureau of Alcohol, Tobacco, Firearms and Explosives conducted the investigations.

The suspected gunman faces a maximum possible penalty of death, or life without parole. He is currently in state custody pending state criminal charges.

The defendant is expected to make his first appearance in federal court on Tuesday May 14 at 2 p.m. before U.S. Magistrate Judge Michael Berg.