Following the impact, the motorist allegedly continued backing up, pushing the downed motorcycle along the street with the officer pinned underneath it. 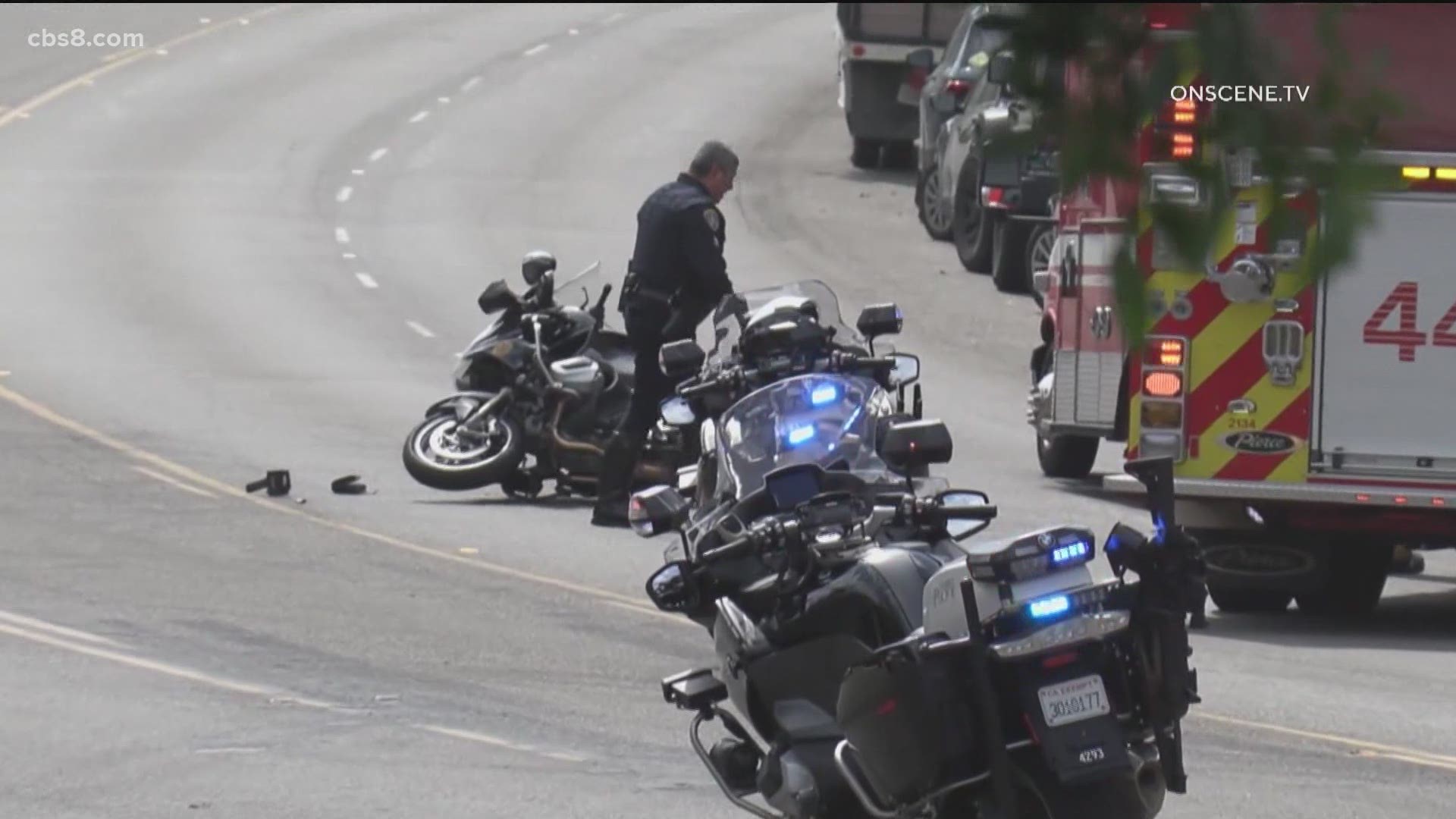 SAN DIEGO COUNTY, Calif. — A man accused of intentionally striking a San Diego motorcycle officer with a car in Mira Mesa pleaded not guilty Wednesday to assault with a deadly weapon on a peace officer.

Moises Correa faces 35 years to life in state prison if convicted due to having two prior strike convictions, including a 2011 attempted murder conviction out of Maricopa County, Arizona, according to the criminal complaint filed against him.

Correa, 29, is accused of wounding the unidentified officer just after 10 a.m. Thursday after the lawman stopped a black Chrysler which Correa was allegedly driving at Black Mountain Road and Westview Parkway.

Police say the Chrysler sped away, and that as the officer gave chase, the driver pulled to a stop in a traffic lane, then accelerated in reverse, sending the sedan crashing into the motorcycle, according to SDPD Lt. Andra Brown.

Following the impact, the motorist allegedly continued backing up, pushing the downed motorcycle along the street with the officer pinned underneath it. The driver, who had a female passenger riding with him, then allegedly fled north on Black Mountain Road.

The patrolman was treated at a hospital for minor injuries and released. He has been with the police department for 13 years and assigned to the department's Traffic Division Motorcycle Unit for more than five years.

About 6 p.m. Friday, officers learned that Correa was in the Mira Mesa area, Brown said. A police air unit spotted Correa and a female companion -- believed to be the same passenger in the car at the time of the alleged crime - - in the backyard of a home in the 9100 block of Dewsbury Avenue, a little more than a mile from where the crash with the officer occurred.

The two suspects went into the house and officers surrounded the dwelling, the lieutenant said. Other occupants of the house came out and a SWAT team responded to the scene.

After a standoff that lasted several hours, the two suspects were located in the rafters of the garage and still refused to come out, Brown said. Police deployed chemical agents into the garage, prompting the pair to surrender. They were taken to police headquarters for questioning.