Travis Fereydoun Sarreshteh, 32, of San Diego, is accused in last Thursday's shootings that killed one and injured four others in the Gaslamp Quarter. 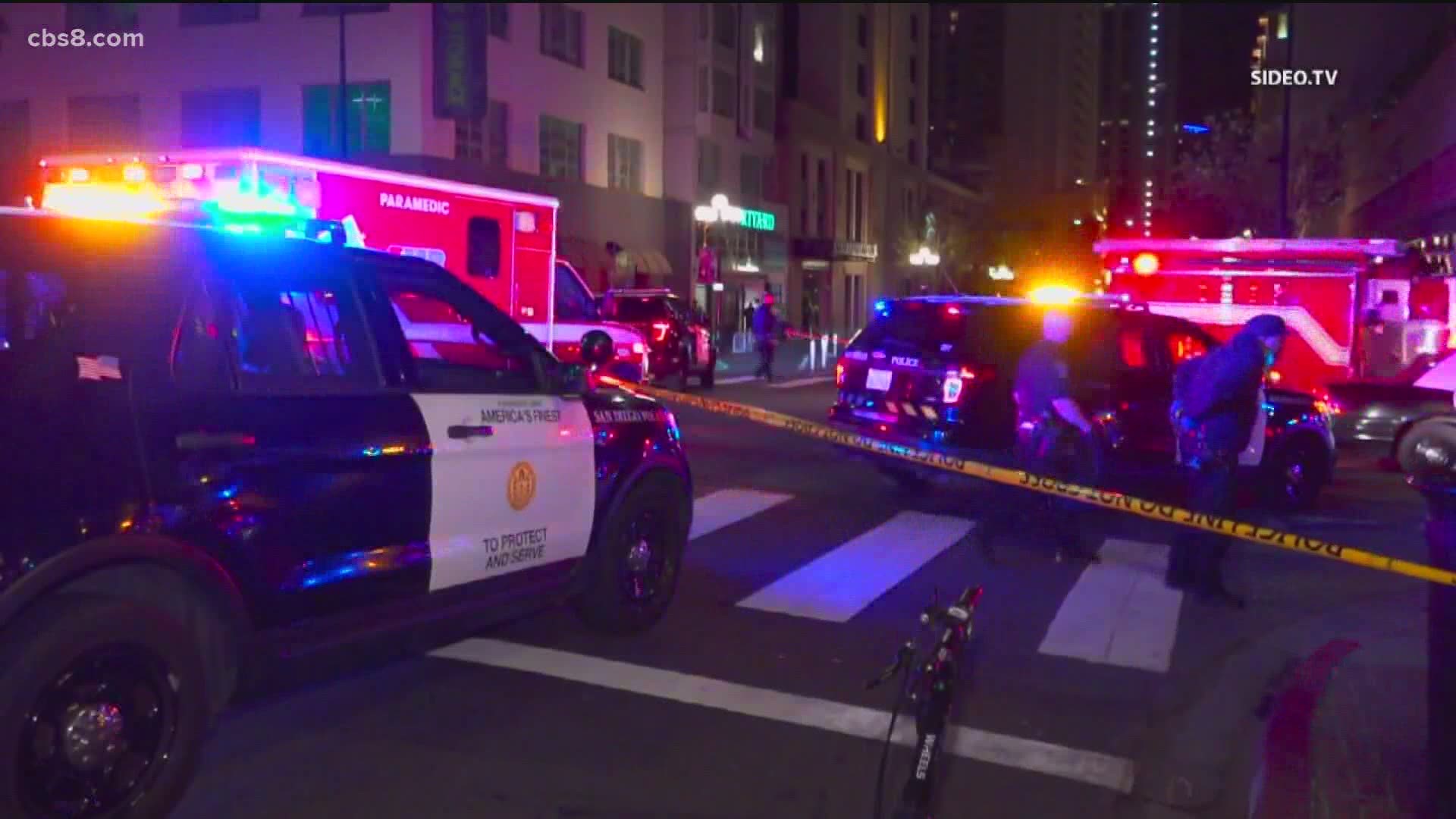 SAN DIEGO — The man accused of shooting five people in the Gaslamp Quarter last week, killing one and injuring four, pled not guilty in court Thursday and will remain in custody without bail.

Travis Fereydoun Sarreshteh, 32, of San Diego, is accused in last Thursday's shootings, in which police alleges he used an untraceable "ghost gun" to gun down the victims.

A judge ordered Sarreshteh’s face not be shown in court for his first court appearance regarding the incident, where he pleaded not guilty to multiple charges.

On the night of April 22, San Diego police say Sarreshteh opened fire at random in the Gaslamp Quarter striking and killing a Pendry Hotel valet named Justice Boldin, who was 28 years old. Sarreshteh is accused of shooting four other men, who suffered minor injuries.

On Tuesday, Sarreshteh faced a judge at the El Cajon Courthouse for a different case. He pleaded not guilty to a misdemeanor for working as a private security guard without a license. That charge includes a $5,000 fine and a year in jail if convicted.

"Whatever dates are set for that will remain, but obviously this is a much more serious case, so I imagine this case would be controlling,” Paugh said.

In another separate case in the Gaslamp Quarter, Sarreshteh was charged with having a concealed firearm, resisting an officer and disturbing the peace by fighting in 2017. Court documents show on New Year's Eve in 2017, SDPD witnessed Sarreshteh while working as a security guard for Sadaf Night Club on Fifth Avenue arguing with another guard.

When officers tried to detain Sarreshteh, one sergeant said he resisted and "aggressively and violently moved backward pulling his arms away from the officer.” Records show it took a couple of officers to get Sarreshteh on the ground where a loaded Glock 19 fell out of his waistband. Sarreshteh told officers he carried the gun because he thought a drug dealer was after him.

No motive has been released for the Gaslamp shooting. News 8 learned Sarreshteh's sister recently died of an overdose, his mother committed suicide, and his father, Timothy Sarreshteh texted that his son had a recent breakup and suffered from mental illness.

“This is an ongoing investigation, and it did happen in the Gaslamp, so there were a lot of people around, so if there are any additional people who see this segment and believe that they were a witness to any of the crimes, please call and reach out to law enforcement because we still are pursuing all leads,” Paugh said.

Sarreshteh remained in custody without bail as of Thursday. He has a readiness conference hearing scheduled on May 19 and a preliminary hearing on June 9.