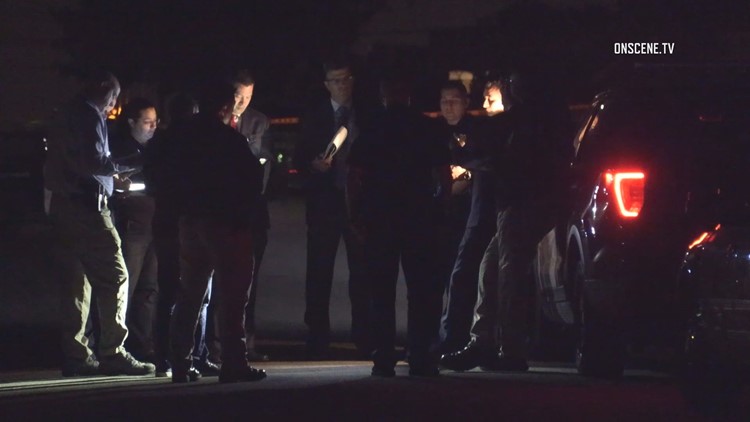 Man found dead after being shot in Paradise Hills, 3 detained

SAN DIEGO — A 20-year-old man was shot dead on Saturday morning and three people have been detained in connection with his death in the Paradise Hills community of San Diego, a police lieutenant said.

Officers dispatched a little before 1 a.m. to the 6200 block of Childs Avenue came upon the 20-year-old man lying in the driveway of a home with a family member performing CPR, said Lt. Matt Dobbs of the San Diego Police Department.

The officers assisted in the CPR effort until paramedics arrived and pronounced the 20-year-old, who had suffered at least one gunshot wound, dead at 1:07 a.m., Dobbs said.

"They (officers) were contacted by residents in the area who had heard what they believed were gunshots and noticed some suspicious activity," he said. "Based on the information provided by residents, three people (a man, woman and a male juvenile) were detained for questioning."

San Diego police homicide detectives asked anyone with information regarding the homicide to call them at 619-531-2293.