The man was found dead just after 1 a.m. Tuesday near 1900 Abbott Street. 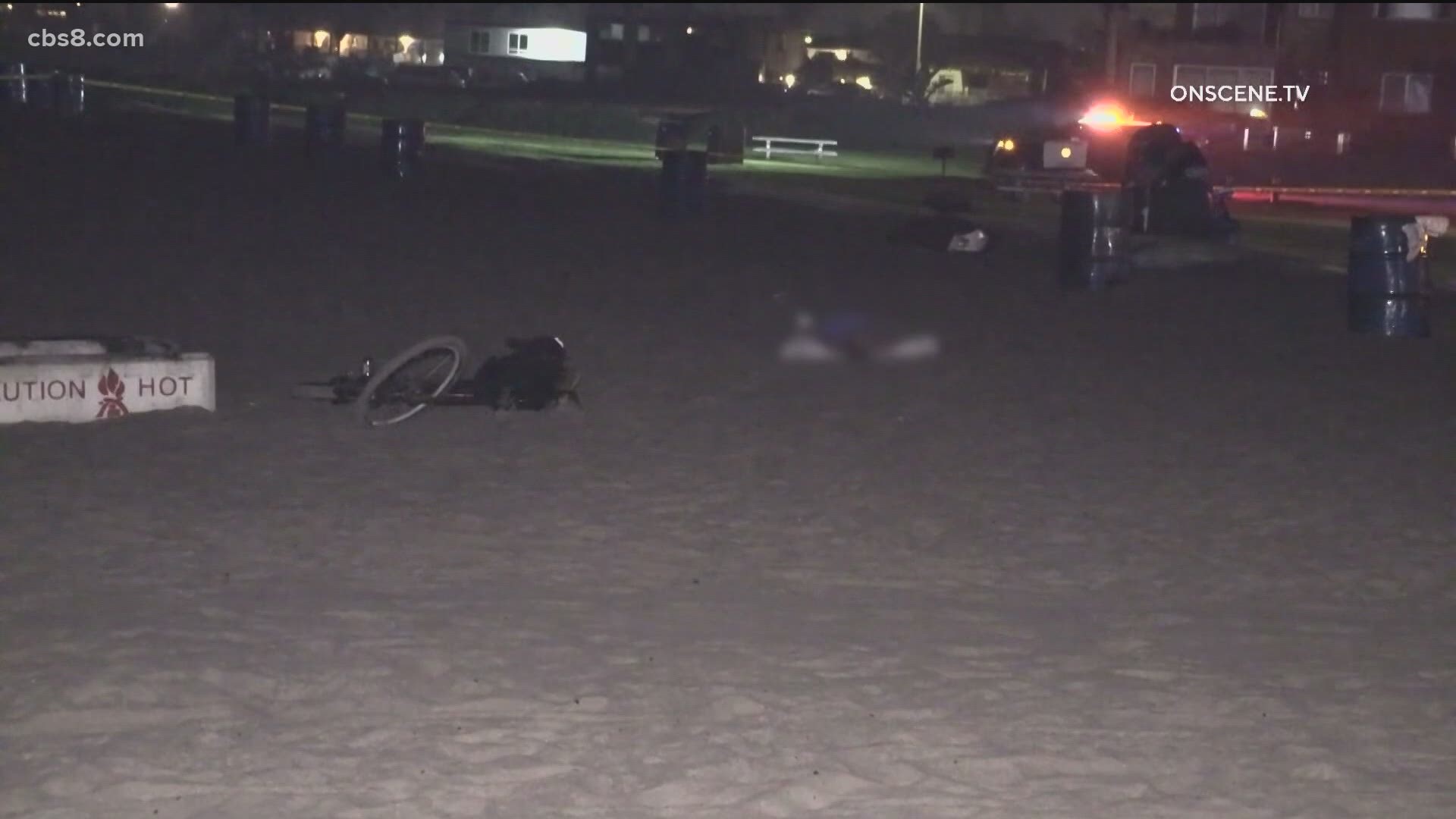 SAN DIEGO COUNTY, Calif. — A homicide investigation was underway Tuesday after a man was found dead in the sand in Ocean Beach, according to the San Diego Police Department.

Dispatchers received a call shortly after 1 a.m. from a person who reported that a man had been shot on the beach in the 1900 block of Abbott Street, near Lifeguard Tower 2, according to police.

According to police, a man, believed to be in his 50s or  60s, was found with at least one gunshot wound to his upper body. Police began life-saving measures but were unable to revive the victim and he was pronounced dead at the scene.

Witnesses told police they heard several shots fired in the area. The circumstances leading up to the shooting are under investigation and no suspect description was immediately available.

"It is still early in the investigation and detectives do not yet know what occurred prior to the shooting," San Diego Police Lt. Andra Brown said.