Police responded to the call about a man with a knife around 7:08 p.m. Thursday on Third Avenue and G Street. 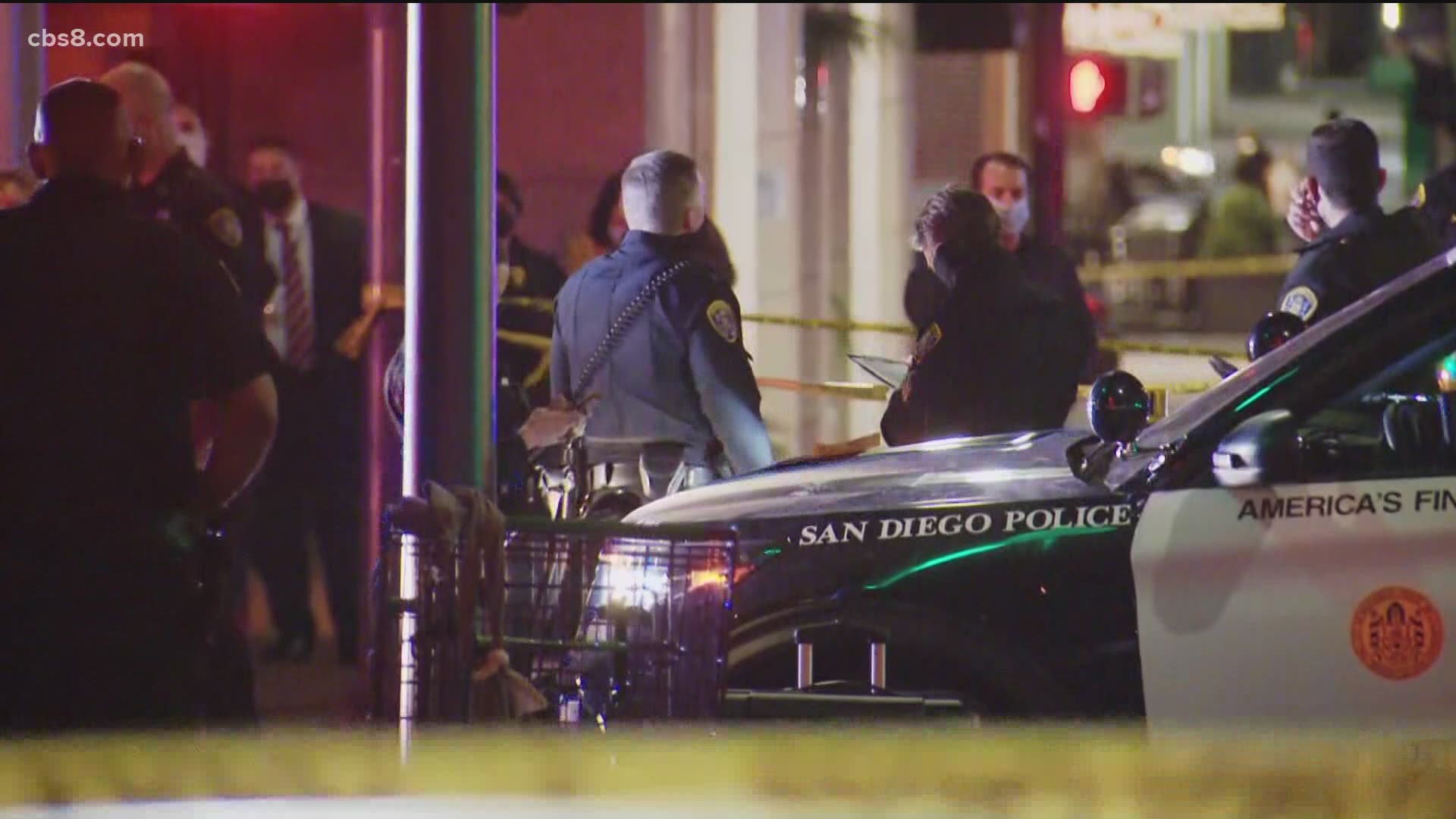 SAN DIEGO — A San Diego police officer shot and wounded a man who police said was wielding a knife in the Gaslamp Quarter Thursday night.

Police responded to a call about a man with a knife around 7:08 p.m. on Third Avenue and G Street. Pedestrians were walking into the street to avoid him, said Officer John Buttle with the San Diego Police Department.

During a late-night press conference, San Diego police confirmed that an officer shot the suspect, who was a homeless man. The man was taken to the hospital and underwent surgery and was listed in stable condition. The transient was described as a white man, possibly in his 60s.

Details on what led the officer to fire were not immediately released. No officers were injured.

G Street was blocked off between Fourth and Third Avenues for a period of time.

**Please avoid the area of G Street between Second Ave & Fourth Ave due to a police investigation for the next several hours. Please use alternate routes** pic.twitter.com/FFnrRu6byY