Sheriff's personnel arranged for supposed paid sex acts with the suspects online on Tuesday, then took them into custody. 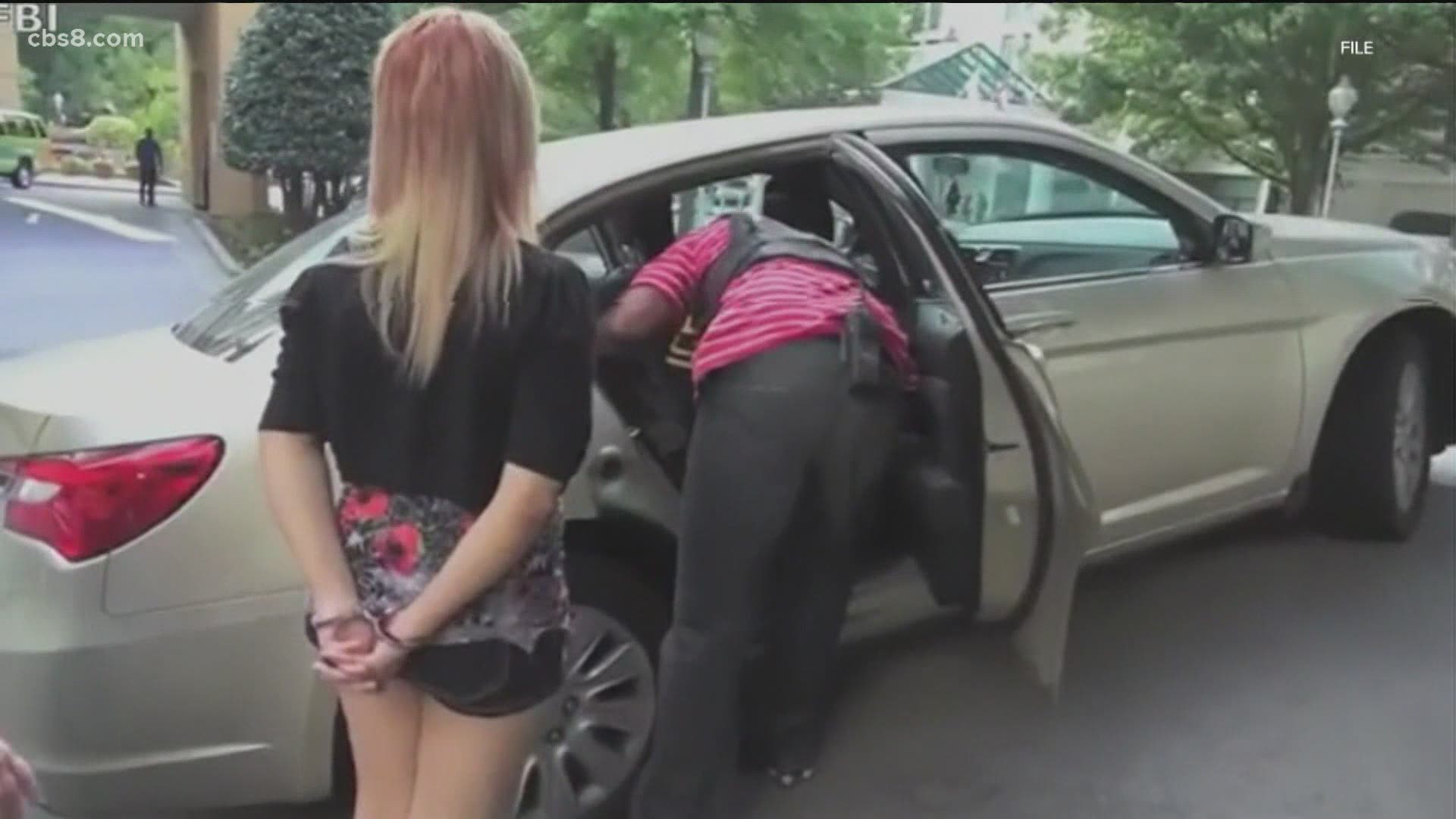 ENCINITAS, Calif. — Seven men were arrested this week during a prostitution sting in Encinitas.
Sheriff's personnel arranged for supposed paid sex acts with the suspects online on Tuesday, then took them into custody when they arrived at agreed-upon meeting spots, Deputy Sean Zappia said.

The seven arrestees, who ranged in age from 20 to 47, were booked on suspicion of misdemeanor prostitution charges during the five-hour operation and released on their own recognizance.

"Prostitution is not a victimless crime," Zappia said. "According to the National Center for Missing and Exploited Children ... one in six endangered runaways reported are likely victims of sex trafficking. The victims to these crimes are often subjected to not only severe forms of emotional, physical and sexual abuse at the hands of their trafficker but are also frequently physically and sexually assaulted by those (who) solicit them for prostitution."

During the operation, deputies contacted and arrested seven men on misdemeanor prostitution charges. The following were processed at the North Coastal Station and released with a written promise to appear in court:

Additionally, three victims were also rescued, including a 14-year-old, in a separate incident on Nov. 16.

According to Sergeant Jeff Creighton, "The first lead was provided to County Probation by the 17-year-old victim's mother and relayed to SDHTTF for follow-up. [...] The second lead originated from the National Center for Missing and Exploited Children (NCMEC)."