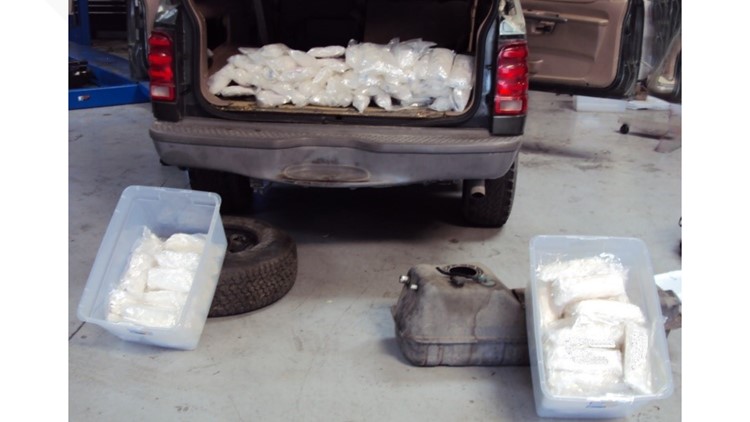 Border Patrol seizes over 100 pounds of meth near Temecula

TEMECULA, Calif. — Border Patrol agents say they found more than 100 pounds of meth in a 2001 Green Explorer on Friday morning near Temecula.

According to Agent Jarrett Decker, agents pulled the driver over on Highway 395 at a gas station in Rainbow. After a canine alerted to the car, agents searched it.

"[They] found 96 packages of methamphetamine inside the gas tank, spare tire, and quarter panels of the vehicle. With a weight of 101.31 pounds, the meth is valued at approximately $191,900," said Decker.

The meth was turned over to the Drug Enforcement Administration. U.S. Border Patrol took the car.

“I am very proud of the dedication displayed by these agents,” said San Diego Chief Patrol Agent Douglas Harrison. “They are committed to protecting America and keeping dangerous narcotics like these from reaching our communities.”

RELATED: Suspected smuggler arrested after trying to use remote-controlled car to transport meth