Jack Sagin served 33 years in a state prison for a murder that DNA evidence proved he did not commit. 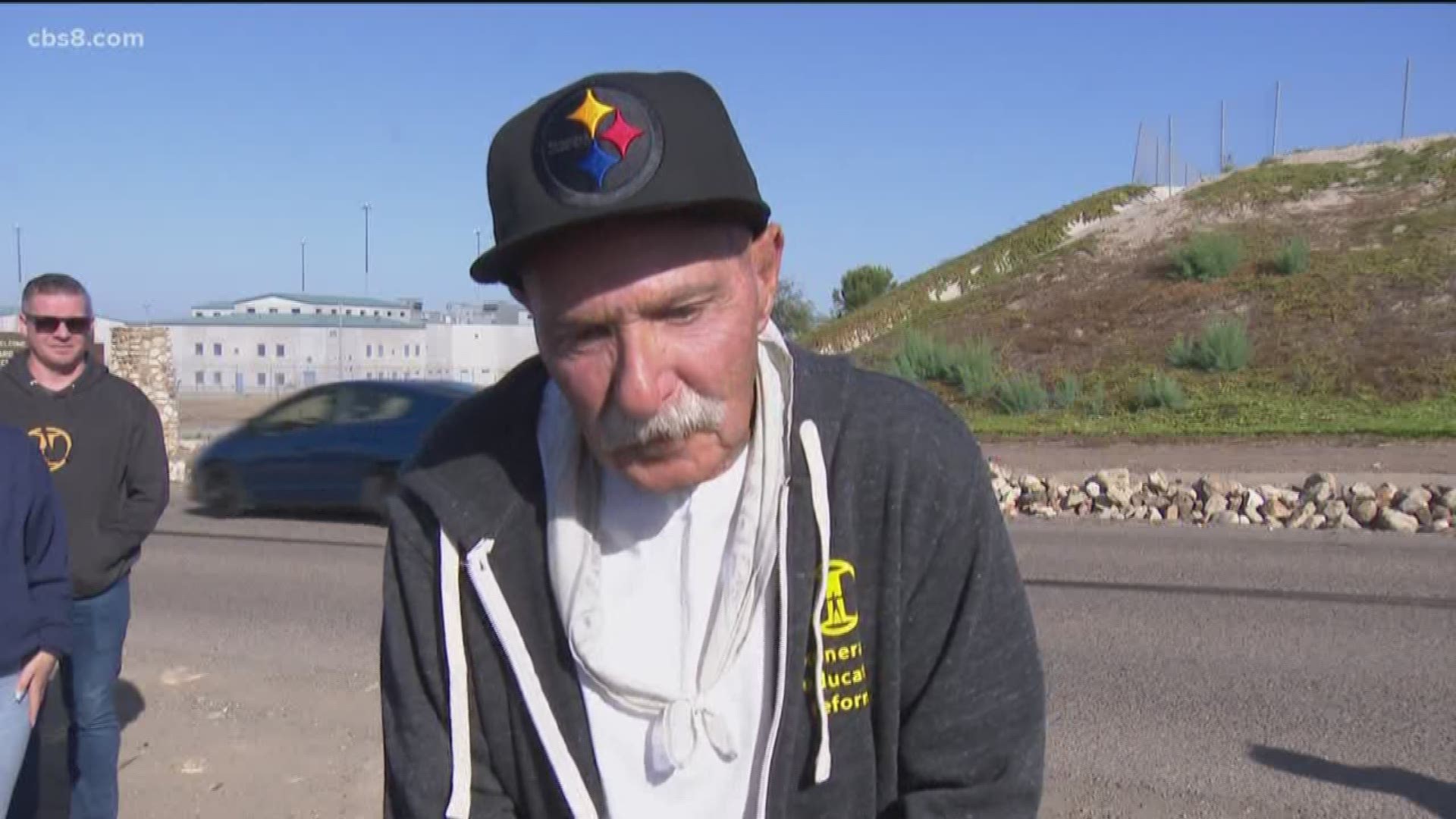 SAN DIEGO — After a long legal fight that lasted nearly two decades, the nearly 74-year-old Jack Sagin took his first steps as a free man in decades on Friday around 9 a.m

Sagin served 33 years in a state prison for a murder that DNA evidence proved he did not commit. He finally left Richard J. Donovan Correctional Facility in San Diego a little over a month after the Sixth District Court of Appeal overturned the murder conviction against him.

"I feel great," said Sagin as we took some of his first steps as a free man Friday morning. "I feel thankful, really."

Sagin's sister waited for him outside the prison. He's spending his first day in 33 years as a free man by eating spaghetti and meat balls with his sister and legal team in Golden Hill. He's moving to Arizona with his sister, where he'll finally celebrate his upcoming birthday outside of a jail cell.

In July 1985, Monterey resident Paula Durocher was found murdered in her apartment. DNA evidence was collected at the scene, including samples from underneath the victim's fingernails.

Months later, Sagin, who did not know Durocher, was arrested and convicted on unrelated burglary charges. Later that year, two fellow inmates turned informants claimed to police that Sagin had confessed to Durocher’s murder.

In 1986, Sagin was convicted of the murder despite a lack of physical evidence connecting to Durocher's stabbing death.

RELATED: Oregon man who spent 8 years in prison for crime he didn’t commit gets a new smile

Lori Stone of the Northern California Innocence Project says Sagin’s is one of the longest running cases they have worked on – beginning back in 2001.

"They never gave up on me," said Sagin on Friday.

“His appeals were denied,” Stone said. “And we were persistent, and we kept pushing forward.

After a long legal battle, in 2009 the courts allowed the DNA evidence collected at the scene, which traced back to five different individuals, to be tested.

“And all of those profiles did not match Jack Sagin,” said Stone.

On Thursday, the Monterey County District Attorney dismissed all charges, agreeing not to retry the case.

"You wake up every morning and say, 'what the hell am I doing here?' you know, and I just kept right on trucking," said Sagin. "I never gave up. I just never gave up."

“He is so over the moon. So happy,” Stone said. “[He’s] also very nervous about what is coming next for him.”