A woman alleges she was sexually violated as a child by a San Diego priest, while attending St. Jude Shrine of the West in Southcrest. The accused offender is a priest who’s been dead for decades. 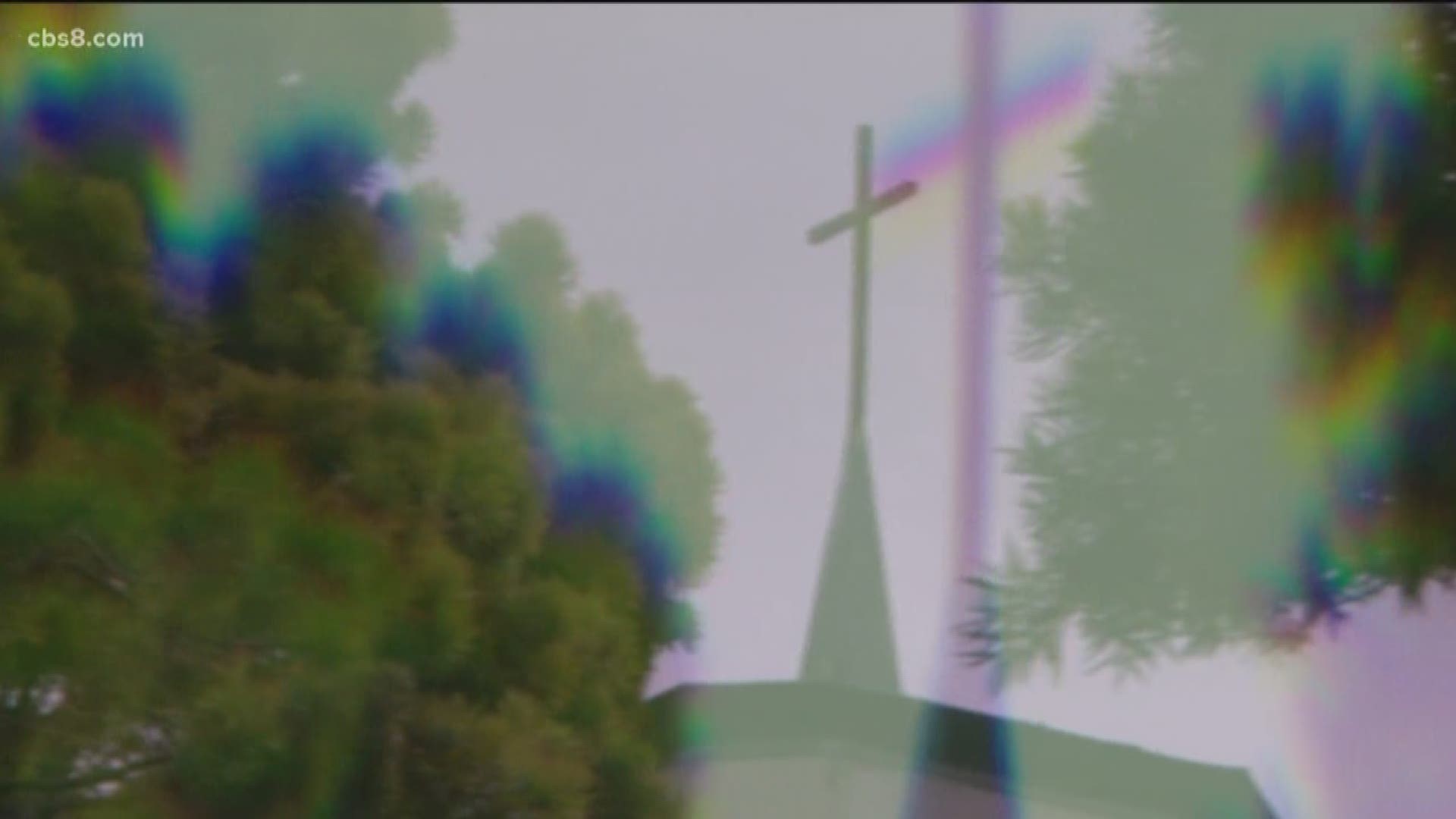 SAN DIEGO — There are new allegations of child molestation being made against former priests in San Diego County.

A woman alleges she was sexually violated as a child by a San Diego priest, while attending St. Jude Shrine of the West in Southcrest. The accused offender is a priest who’s been dead for decades.

The woman reported the abuse in 2006, and spoke about the shock, pain and trauma that she says she endured from being molested by Monsignor Sheridan, saying it sent her emotional state and life intro crisis. She also spoke about her depression and anxiety, and thoughts of suicide, saying “my life was shattered.” She went into therapy, and said she was reimbursed for that by the dioceses, a total of $5,525.

The woman, along with her attorney, Joseph C. George, who has represented hundreds of survivors of clergy childhood sexual abuse, are expected to hold a news conference Friday morning in front of St. Jude to speak out publicly for the first time about her abuse.

“This is a significant step for California and we suggest all survivors and advocates submit the online complaint form,” said attorney Joseph C. George, who is also a psychologist. The form is at https://oag.ca.gov/clergyabuse/complaint. Survivors and advocates can also send an email to ClergyAbuse@doj.ca.gov.

The woman, who alleges she was abused by Monsignor Sheridan, wants others to know that “you are not alone” and asks other survivors to submit information to the California State Attorney General’s office.

Vice Chancellor and spokesperson for the diocese Kevin C. Eckery said in a statement:

First, we want to extend our deepest apologies for what this woman experienced and have already extended an offer through her attorney to pay for counseling if she believes it will be helpful.

With respect to her attorney's belief that the diocese purposely left five priests off of the list of priests credibly accused of sexually abusing children, we disagree.

Our published list consists of San Diego priests credibly accused of abusing minors, no matter where that abuse may have occurred. It also lists visiting priests or priests of religious orders who may have abused a minor during their visit or assignment to San Diego or where the Diocese of San Diego received a credible accusation against them.

None of the men on Joe George's list were San Diego priests. There is no record of the diocese receiving a credible accusation against them while they served or visited in San Diego. All of them, however, have had their names widely published on the internet by their home dioceses, just as we would have done if we were aware of any accusations here in San Diego.

The only priest on the list who spent substantial time in San Diego was a Fr. Louis Newman. There were no credible accusations against him during his time in San Diego, but he was credibly accused in his home diocese of Rockville Center, NY, who published his name earlier this year.

Fr. Newman retired in 2002 and died in 2011. He worked full-time for the Tribunal, the church office that handles matter of Canon Law such as marriage annulments. He lived briefly at Blessed Sacrament Parish, but most of the time was in-residence at St. Columba Parish.