As two cars are seen on the right side of the frame passing a store, the business's window is seen shattering and falling to the ground. 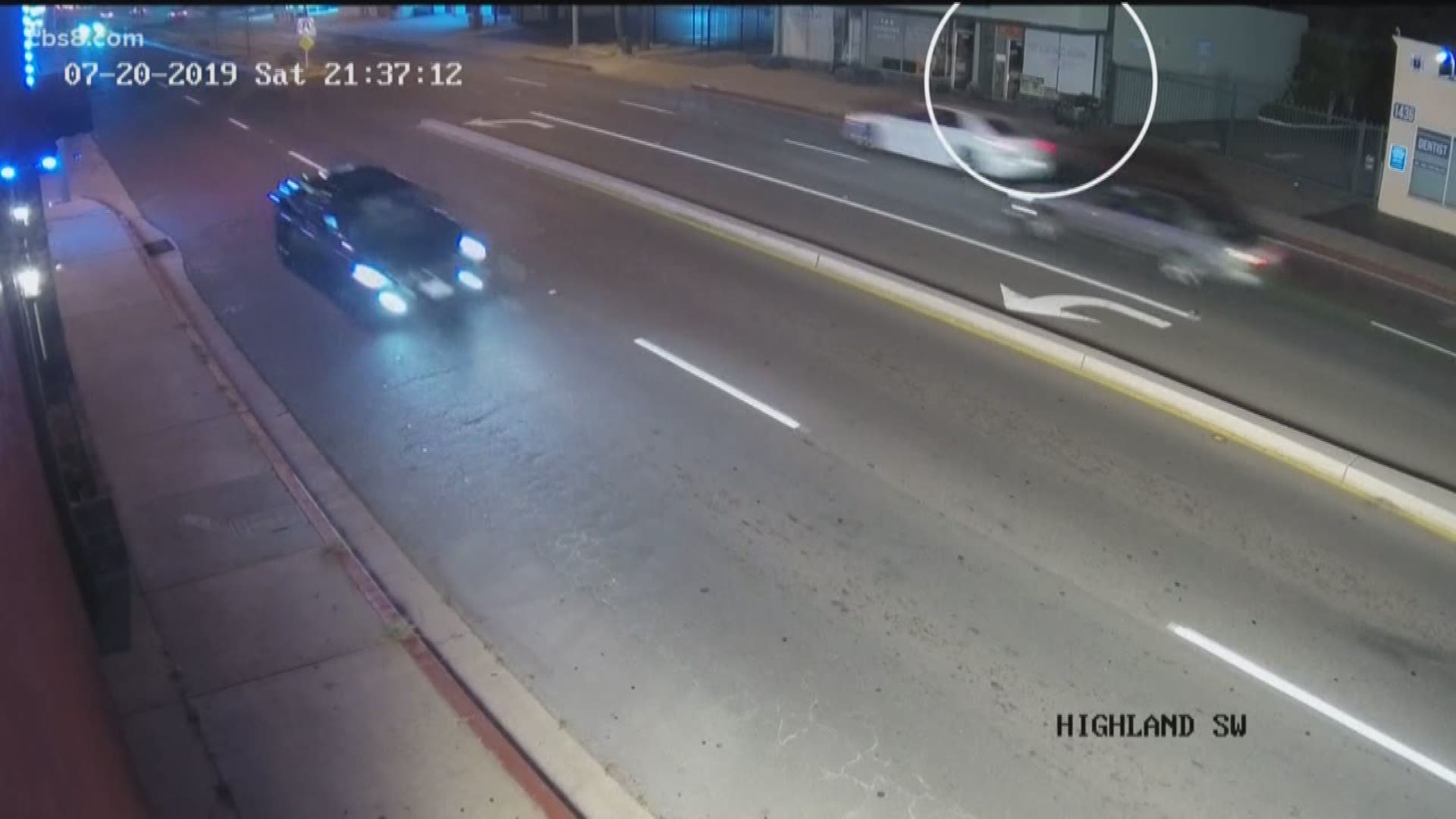 SAN DIEGO — New evidence is shedding light on a series of BB gun attacks that took place across San Diego over the weekend. Police hope newly released video will help catch the people responsible for a BB gun shooting spree that injured several people and damaged property in multiple neighborhoods.

The surveillance video shows Highland Avenue in National City late Saturday night. As two cars are seen on the right side of the frame passing a store, the business's window is seen shattering and falling to the ground.

Police are now using the video as evidence to try and track down the suspect or suspects responsible for that and several other incidents.

Christos Kapetanios is the owner of Cafe La Maze where the video was captured. He gave it to National City police who are now working with San Diego police, Coronado police and other local law enforcement. Witnesses reported the suspect's vehicle as a white car - possibly a Chrylser 300.

"Why would anyone want to do something like this?” said Ferdinand Agpaoa, the owner of the business on Highland that was hit. “There was glass everywhere inside the lobby and outside. What if this happened during the day and there was someone sitting on the other side of the window?”

The window was repaired Wednesday and both business owners say they hope the suspect or suspects are caught before there are other victims.

On Monday, Coronado police released a photo of a car similar to the one in the National City surveillance video. There were at least 25 vehicles shot in Coronado, and several in Paradise Hills and Downtown.

Five people were hit during the BB gun shootings including a Chicago man who was visiting San Diego for Comic-Con.

Police are looking into whether the incidents over the weekend are tied to a series of attacks just weeks ago in several neighborhoods including Ocean Beach, Point Loma and the College Area.

Police are asking for the public's help in identifying any suspects.