The man was booked into jail on attempted murder charges. 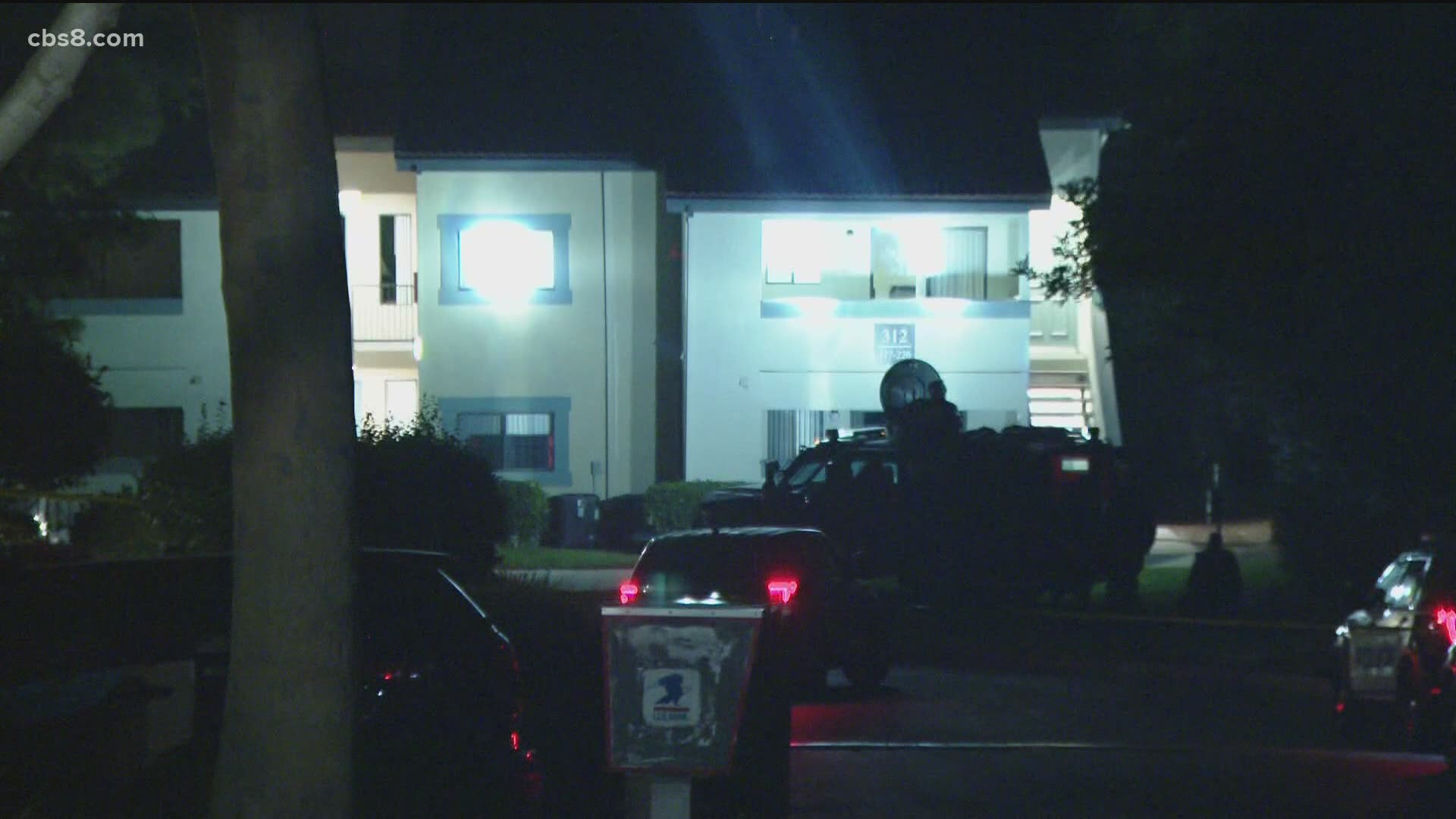 OCEANSIDE, Calif. — Police said a man is in custody after a domestic dispute turned violent on Monday. Police say a 20-year-old former Marine stabbed his wife and then barricaded himself inside of his apartment.

Oceanside Police Department spokesperson Tom Bussey said it started around 5:30 Monday night. Neighbors said they saw the man dragging his 20 year-old wife by her hair and heard her screaming.

Witnesses also said a neighbor allegedly fired a warning shot to try and scare him away. Police said they couldn’t confirm a shot was fired, but the man ran into his apartment and locked himself inside.

The SWAT team was called to the scene and neighbors were evacuated. Police said the woman, who’s also an active duty Marine, was airlifted to Scripps Hospital with two stab wounds, one to the neck and to her arm. They also said this isn’t the first time they’ve dealt with this couple.

“We were here last night in reference to domestic violence and talked to the wife. They are married. There was really no altercation at that time. She did not wish to press charges. He had been drinking, probably a little bit too much,” Bussey said.

According to a press release, Oceanside Police used a K-9 and several less than lethal munitions before arresting the man. Paramedics treated the suspect prior to being booked into the Vista Detention Facility for attempted murder charges.