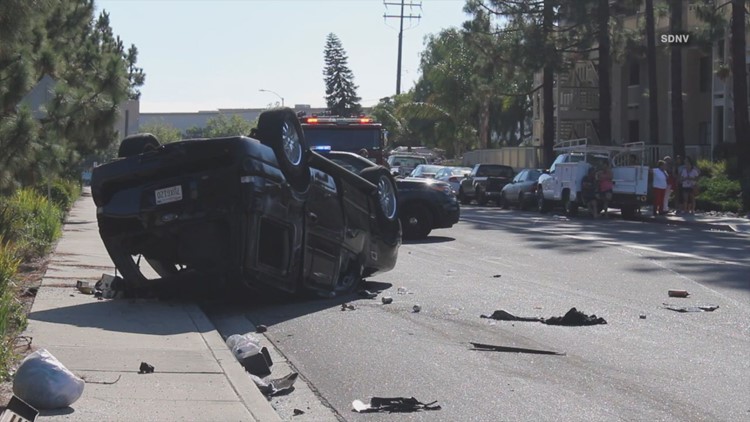 SAN MARCOS, Calif. — A 24-year-old man was arrested on suspicion of assaulting a peace officer with a deadly weapon, sheriff's officials said Sunday.

At about 5 p.m. Saturday, a deputy tried to contact a driver who was suspected of being under the influence and was parked in a lot in the 450 block of Autumn Drive. The suspect backed up and hit the deputy's unoccupied patrol vehicle twice, Sgt. Charles Morreale of the San Diego County Sheriff's Department said.

The suspect - identified as Christian Reinoso of San Marcos - then allegedly fled the scene in his car, striking a fence and a parked car. During the pursuit, Reinoso allegedly ran a red light at Los Vallecitos Boulevard and Knoll Road and collided with another vehicle, causing his car to roll over. The suspect then fled on foot into an apartment complex in the 200 block of Knoll Road, where he was captured by deputies, according to Morreale.

No deputies were injured.