Detectives have been unable to determine the victim's identity, but the National Center for Missing and Exploited Children provided them with an artist's rendering. 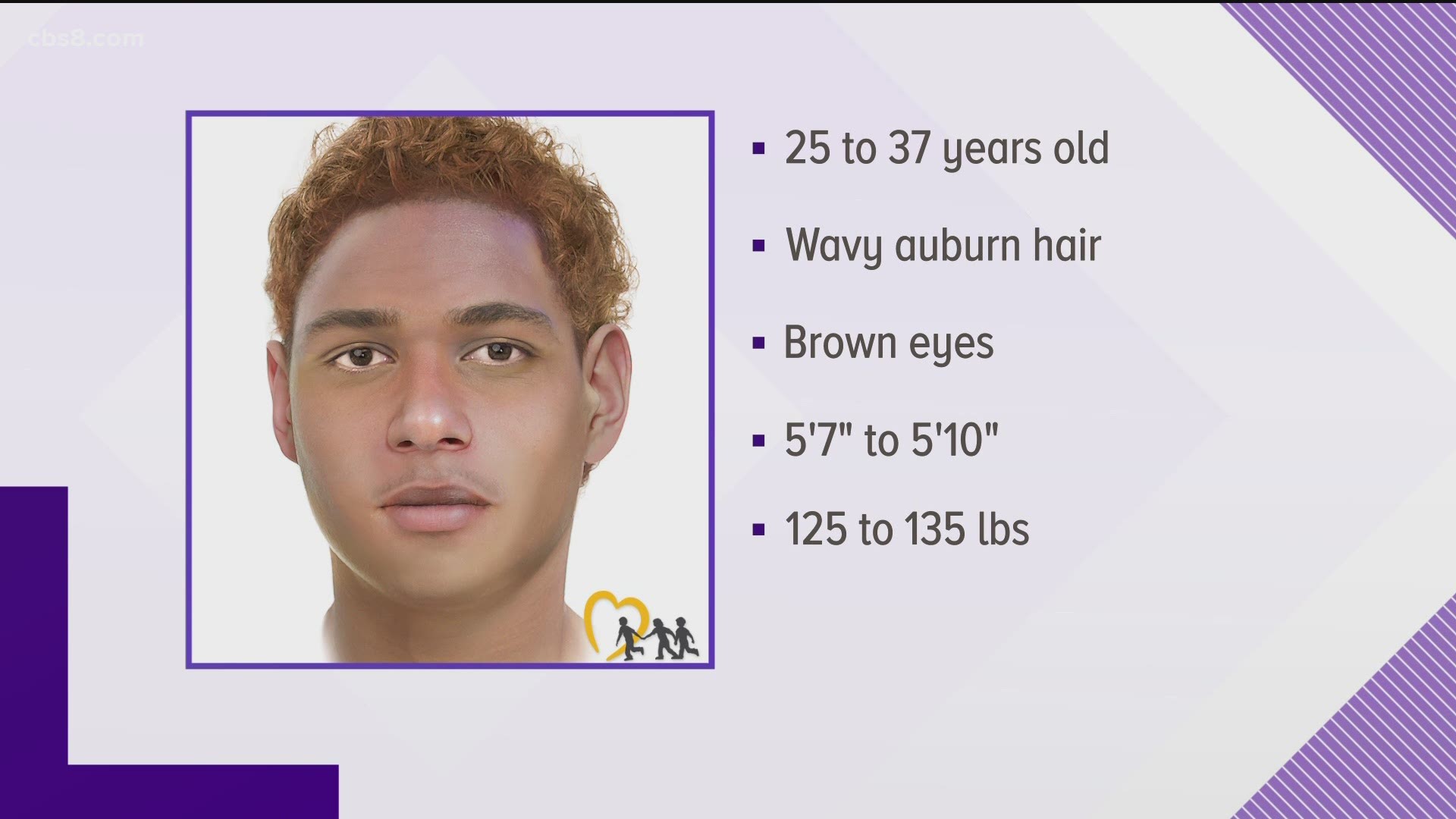 SAN DIEGO COUNTY, Calif. — Authorities Thursday released an artist's rendering in hopes of identifying a man whose body was found in a burning dumpster outside of a Scripps Ranch grocery store nearly four decades ago.

About 5 a.m. on Sept. 28, 1981, employees at Big Bear Super Market on Mira Mesa Bouelvard near Scripps Ranch Boulevard called 911 after smelling smoke coming from the back of the business, according to San Diego police.

Firefighters arrived to find a trash dumpster ablaze near the loading dock area and found the body when the flames were extinguished.

In a video released by the SDPD, retired San Diego Fire-Rescue Metro Arson Strike Team investigator Larry Carlson said he determined that the body had been placed in the dumpster "and gasoline was used to accelerate a fire designed to destroy the evidence of the man's body."

Detectives have been unable to determine the victim's identity, but the National Center for Missing and Exploited Children recently provided them with an artist's rendering of the victim's estimated physical appearance.

He was described as a 25-to 37-year-old man of unknown ethnicity with medium skin tone, wavy auburn hair and brown eyes. He was between 5-foot-7 and 5-foot-10 and weighed between 125-135 pounds.

Anyone with information on the victim's identity or details about the homicide is asked to call the SDPD homicide unit at 619-531-2293 or Crime Stoppers at 888-580-8477. Tipsters can remain anonymous and could eligible for a reward up to $1,000.