The Ramona Soccer League posted images of what look like tire tracks to their Facebook page Saturday morning. 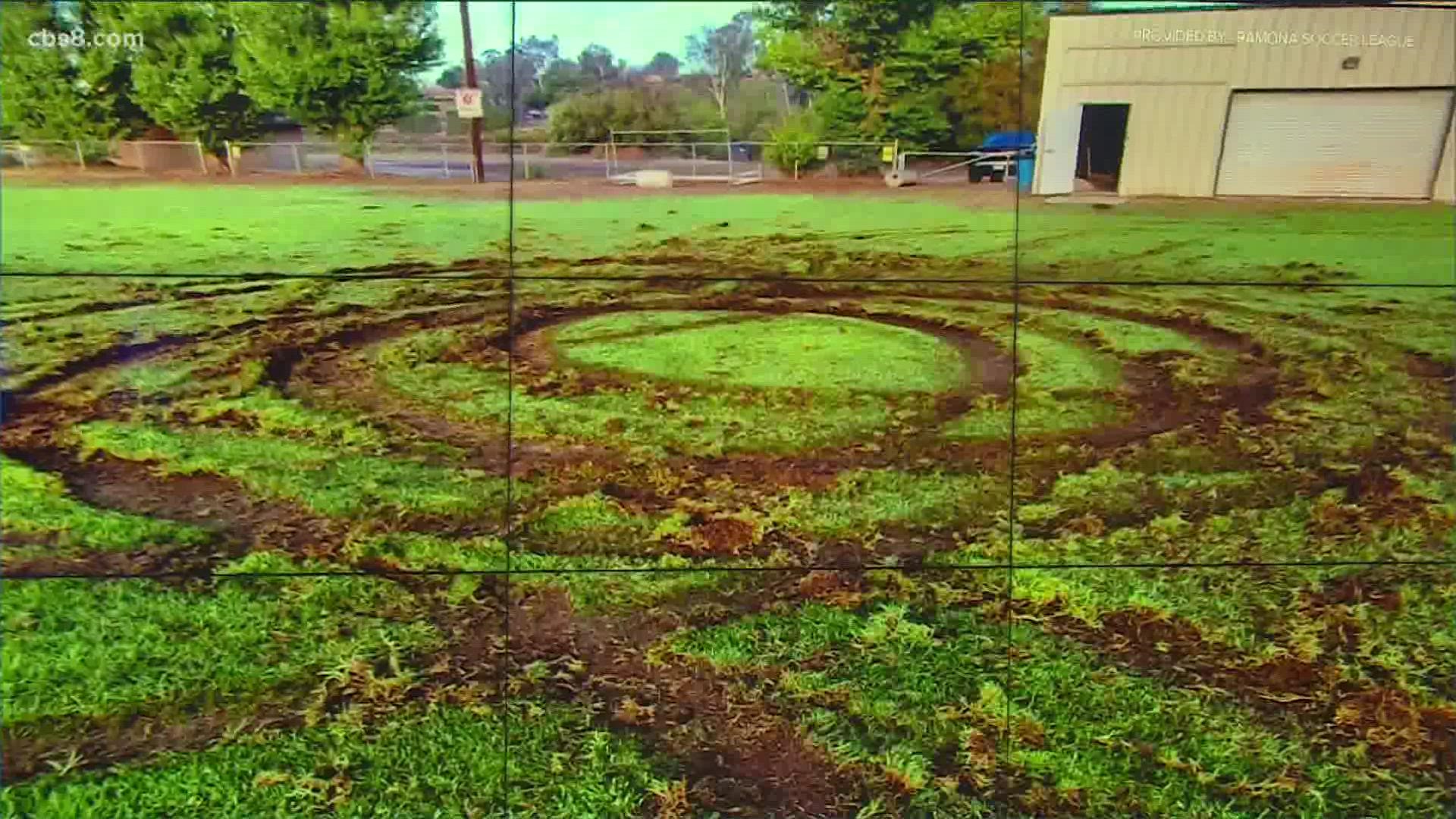 SAN DIEGO COUNTY, Calif. — Officials with the Ramona Soccer League are asking for help after someone vandalized their fields over the weekend.

The Ramona Soccer League posted images of what look like tire tracks to their Facebook page Saturday morning.

“I’m just sick over the whole thing,” said maintenance supervisor Ernie Filla.  “Ya know, you work so hard.  You get these fields looking good for the kids and trying to keep them safe, and then something like this happens, I don’t know.  Sometimes I get a little emotional over it.”

For the last two nights, someone has taken it upon themselves to vandalize and deface the soccer fields. If you, or...

Several fields were torn up - probably caused by a vehicle doing donuts on the turf.  The tracks were pretty deep, making the surface unsafe for the kids to play on.

Ernie has been maintaining the fields for 15 years.

“It’s taken a lot of blood, sweat, and tears,” said Ernie.  “It’s been a hell of an accomplishment, and then something like this happens, it just really hits me hard.”

Ernie has been busy trying to repair the sod, but it’s going to take a lot more work and about $1,000 in materials.

“It’s gonna take more rolling, seeds, some dirt, and hopefully in a couple months, it’ll look better than what it was before,” said Ernie.

The league said someone vandalized the fields twice last week.

They are asking for anyone with information to message them and said any tips will remain anonymous.

They are also working on new measures to stop this from happening again.

Many people who were upset by this incident reached out to the soccer league in support and left comments on their social media page.

The league has a PayPal account for those who would like to make donations to help them.

The league is a nonprofit and said they don’t have a lot of extra money for this.

“They’re lucky if they have enough money to go from one season to the other,” said Ernie.

The league has received some tips from students at Ramona High School, who may know the people responsible for the vandalism.  They’re sharing any leads with the sheriff’s department, which has already opened an investigation.

“I hope they got deep pockets,” said Ernie.  “If we find out it’s gonna cost them.”

RELATED: National City business vandalized for second time in a matter of weeks