Henry Lopez, 39, was convicted by a San Diego jury in September of involuntary manslaughter, child endangerment and reckless fire-starting. 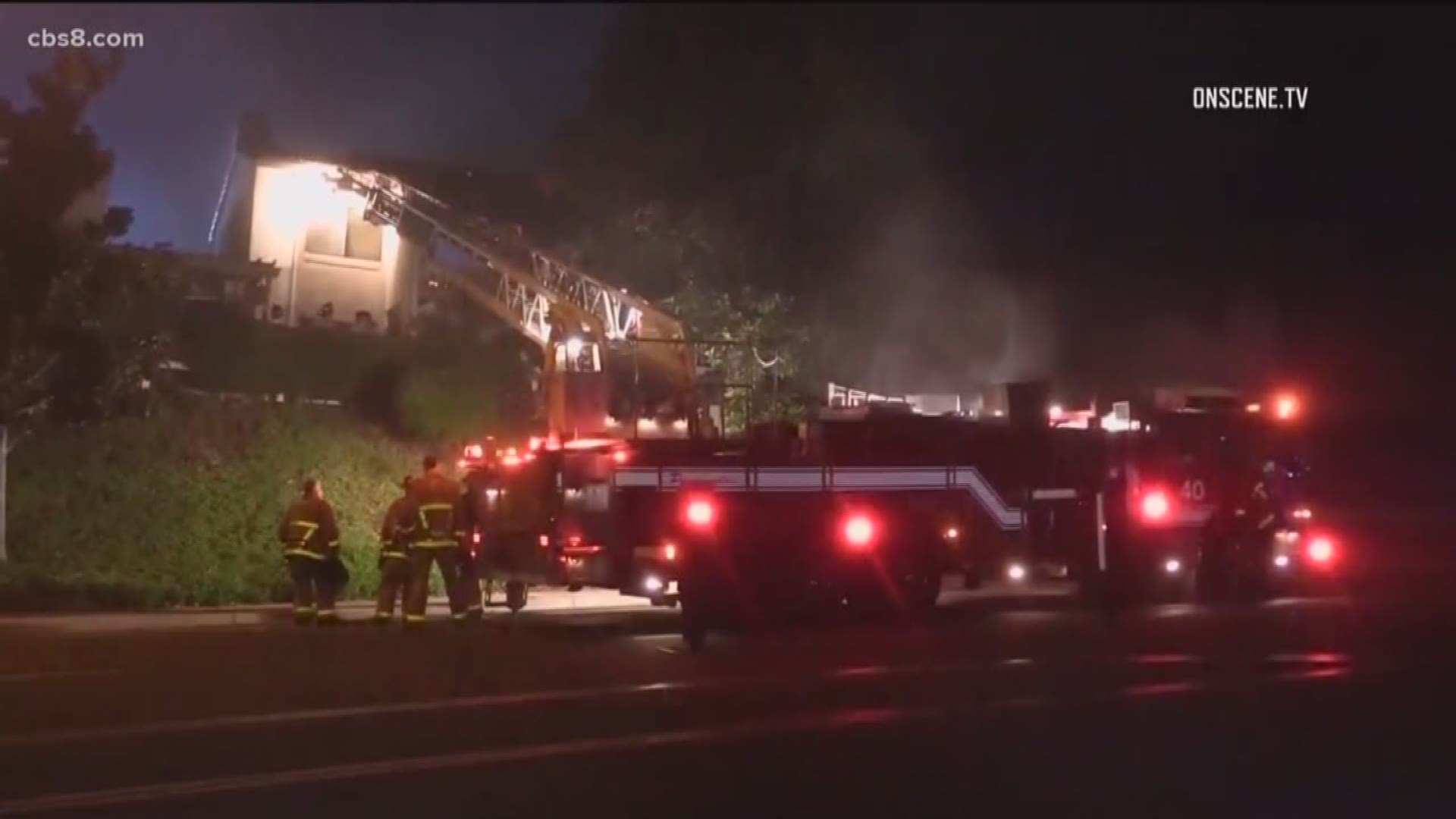 SAN DIEGO — A man who apparently fell asleep while drunk with a lit cigarette in his hand, sparking a fire in a Rancho Bernardo condominium that killed his two children, was sentenced Wednesday to nearly 13 years in state prison.

Henry Lopez, 39, was convicted by a San Diego jury in September of involuntary manslaughter, child endangerment and reckless fire-starting for the Oct. 28, 2017, fire that killed his 7-year-old daughter Isabella and 10-year- old son Cristos.

Deputy District Attorney Kyle Sutterley said during the trial that Lopez got drunk following an argument with his girlfriend, fell asleep and ignited a blaze in his bed.

Lopez's attorney, Paul Neuharth Jr. argued there was no evidence a cigarette caused the deadly blaze and that a defective cell phone was a far more likely ignition source.

Neither cigarette butts, nor the phone, were found in the remnants of the blaze.

Sutterley alleged that Lopez, upon waking to find the condo ablaze around 3:15 a.m., went past the children's bedrooms on his way down the stairs and punched out a first-floor window to try to escape the flames.

He then went back upstairs and started pounding on the walls, then passed out from the smoke at the top of the stairs, where firefighters later found him, Sutterley said.

According to the prosecutor, Cristos walked into his father's burning bedroom, lied down on the floor and later died at a hospital of burns to more than 80% of his body. Isabella went into her brother's room, crawled into the bottom bunk bed and "fortunately never woke up" after passing out due to smoke inhalation, Sutterley said.

At Wednesday's sentencing hearing, Lopez denied abandoning his children and called the prosecutor "a lying individual" for claiming otherwise.

"I did not ever abandon my children, not once," Lopez said. "And I still don't abandon them because I know they're with me."

Lopez said injuries he sustained in the fire were a tangible result of his attempts to save the children.

"I loved my children," Lopez said while addressing the court, saying he missed the happier times they shared, which were now gone "because of this tragedy, because of what happened."

Lopez, a former Marine, said he drank to cope with PTSD and other mental health issues he never properly dealt with due to his stubborn nature and resistance to admit his failures.

At one point during Lopez's statement, one of the trial jurors, Larry Simpson, stormed out of the courtroom, imploring Lopez to "Accept responsibility for your (expletive) actions! This happened on your (expletive) watch!"

After the hearing, Simpson -- also a former Marine -- told reporters Lopez's statements came off as a self-aggrandizing attempt to avoid his culpability.

"He keeps riding on the coattails of him being a Marine and him having PTSD and anxiety," Simpson said. "If he's so sorry and he's so frickin' humble and stuff, why don't he just take it and eat it?"

The children's mother and Lopez's ex-wife, Nikia Lopez, also accused her ex-husband of not accepting responsibility for his actions and being verbally and physically abusive during their marriage.

"If I left and didn't come back, that was your promise, that you would take everything from me, including my children and you did," she said. "You've succeeded. You've destroyed me. You haven't taken me down, but you've destroyed my life."

Nikia said she still drives with Cristos and Isabella's belongings in the backseat of her car. Her family pictures are now taken with a basketball, representing Cristos, and cat ears, representing Isabella.

Along with visiting their graves on their birthdays and holidays, Nikia said she keeps voicemail messages the children left on her cell phone so she can still hear their voices.

She said the childrens' deaths also claimed the life of her mother, who was suffering from cancer and asked to stop receiving treatment because she couldn't live without her grandchildren. She died 10 months after the fire.

"I wake up every morning in hell," Nikia said.

Though no evidence of a definitive ignition source was found in Lopez's bedroom, Sutterley said investigators found a drinking glass in the area where the fire started that may have been used as a makeshift ashtray. Prosecutors said a similar glass filled with about 75 discarded cigarette butts was located in a trash can in the home's garage. However, no cigarette butts were found inside the glass in the bedroom.

Neuharth told jurors there was no proof that a lit cigarette started the fire, with the only evidence of smoking inside the home coming from Nikia, who said she once witnessed him smoking marijuana in his bed.

Lopez told investigators he only smoked on his outside patio and never inside the house, particularly due to his son's asthma.

Wayne Whitney, an investigator with the San Diego Fire Rescue Metro Arson Strike Team, testified that despite the lack of cigarette butts in the burned bedroom, he was able to make a "reasonable inference" that cigarettes sparked the fire, by way of Lopez's alleged smoking habits.

Whitney conceded that the cell phone was a possible cause of the blaze, but said he didn't believe it would have ignited the condo fire if it were under Lopez's pillow, as a lack of oxygen would have smothered the blaze and kept it from spreading.

Sutterley said the burns Lopez sustained on his back, arms and particularly his hand were more consistent with holding a lit cigarette, rather than a cell phone igniting beneath his pillow, which Sutterley argued should have caused burns to Lopez's head.

Neuharth emphasized that Whitney came to his conclusion despite a lack of any evidence that Lopez had smoked in the home that day, while on the other hand, cell phone records proved the phone was in the condo, though it's unknown whether it was in Lopez's bedroom.

Wall outlets and candles in Lopez's bedroom were ruled out as potential causes of the blaze, as they were outside the area where investigators believe the fire began.

Smoke detectors in Lopez's bedroom and one of the children's rooms were unplugged or removed, according to Sutterley, who said Lopez had a 0.229 blood-alcohol content when blood was drawn at a hospital less than two hours after the fire.