Testimony is expected to resume Thursday with more from Jane Doe 5. 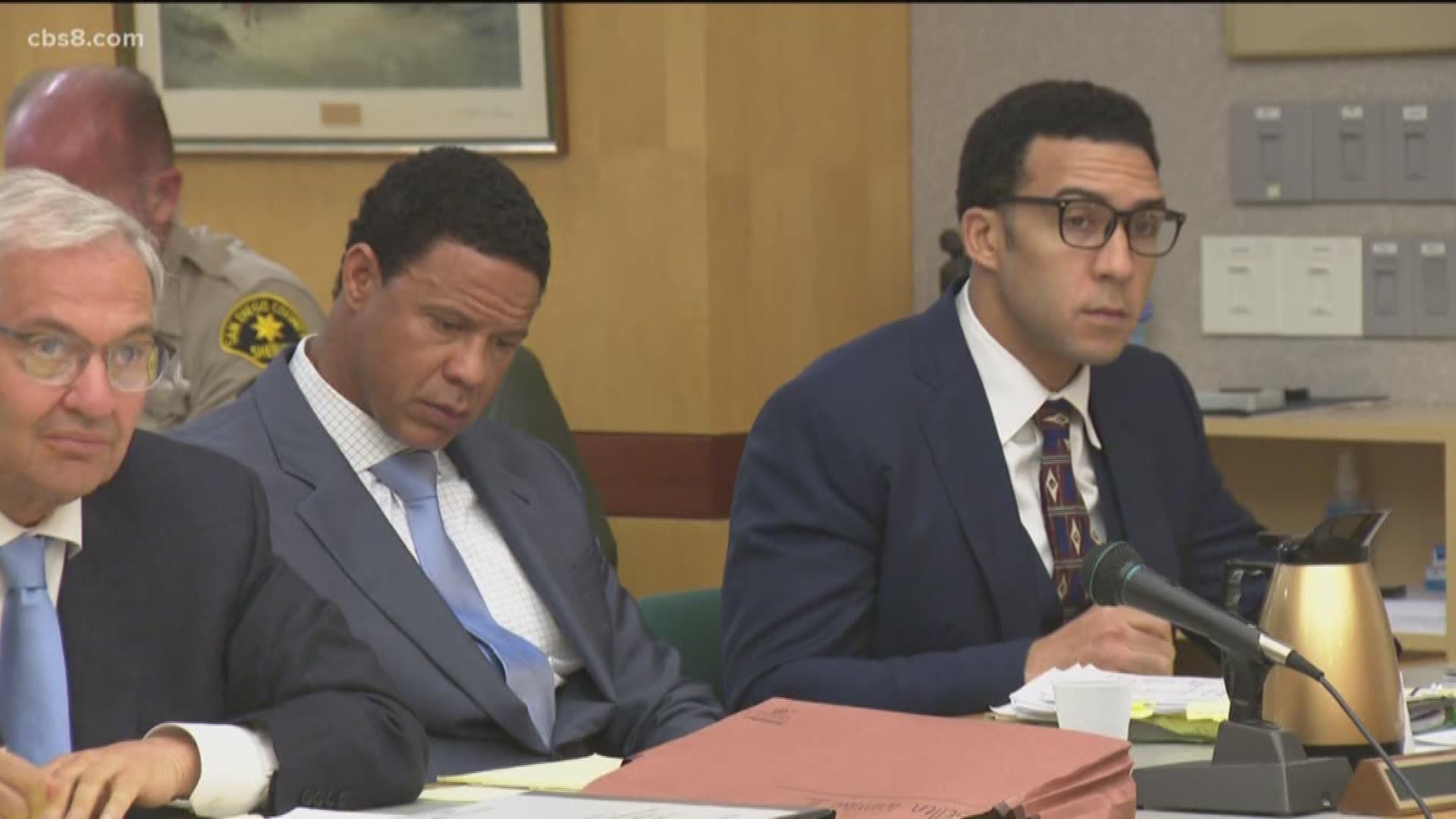 SAN DIEGO — Content Warning: The subject of this story is graphic in nature and it may be disturbing to some readers. Profanity is used in at least one of the videos below as well.

Testimony continued Wednesday in the trial of ex-NFL tight end Kellen Winslow II, who is charged with raping two women in Encinitas in 2018 and raping an unconscious teenager in 2003. He is also accused of exposing himself to two other women in 2019.

Wednesday's witnesses included two of Winslow's accusers referred to as Jane Doe 4 and Jane Doe 5. Testimony wrapped up around 4:15 p.m. and is expected to resume Thursday with more from Jane Doe 5.

On Wednesday, testimony began with the daughter of alleged victim Jane Doe 1 followed by alleged victim, Jane Doe 4, who testified about being raped by Winslow II when they were teenagers in 2003.

Jane Doe 4 testified that she met Winslow at a graduation party at a house in Scripps Ranch back in June of 2003 when she was 17 and they had sex in an upstairs bedroom. That’s when she said Winslow’s friend "Matt" entered the room. She said Winslow said, “he’s just going to watch.” Jane Doe 4 said, “I’m not okay with that.” She said she grabbed her clothes to get out of the room and Winslow said, “are you going to let me finish?" She told him no, put her clothes back on, and left the room.

Two weeks later, she met him at a townhouse where they were hanging out and she had two or three beers. She said the next thing she remembers is waking up and finding Winslow penetrating her from behind, pushing her head toward "Matt's" groin area. She said she was devastated by this and said she kept saying “no, no, no.” She said she kept trying to push Winslow away, but he kept coming at her.

Jane Doe 4 testified during cross-examination that Winslow never gave her any alcohol or food during that night. She also said she didn't know Winslow was a college football player.

Jane Doe 5 took the stand Wednesday afternoon. She was the last of the accusers to testify. She has accused Winslow of exposing himself to her and touching himself in front of her during two different encounters at a Carlsbad gym earlier this year.

If Winslow's convicted, he faces up to life in prison.

On Tuesday, testimony began with Detective John Johnson who took the witness stand and laid out circumstantial evidence against Winslow II. The former NFL player looked on as photos from the day of his arrest were shown, which included still frames from surveillance video of him in his bicycling clothes and his Hummer H2. Both were described by women who have accused him of rape and indecent exposure. There were also profile shots of Winslow’s tattoos and his physique, which is key to identification by some witnesses, according to prosecutors.

On May 23, one alleged victim identified as Jane Doe 3 took the stand to testify about Winslow allegedly exposing himself to her as she was gardening in her front yard on May 24 in 2018, along with a Vietnamese interpreter who translated what she testified to in court.

On May 22, Jane Doe 2 took the stand to testify about Winslow allegedly raping her on Mother's Day in 2018. She said she believed it would be her "last night."

Jane Doe 2 testified during cross-examination that she never knew Winslow's last name and that she only knew him as "Kevin." She also called Winslow "very smart" saying that he put his hands on her throat in a way that wouldn't leave marks.

On May 21, a woman identified as Jane Doe 1, was the first of five accusers expected to take the stand.

The female hitchhiker accused Winslow of raping her after he picked her up in March 2018. She said she did not flee or defend herself because the muscular football star had threatened to kill her.

The former football star, and son of Hall of Famer Kellen Winslow, has pleaded not guilty to 12 counts.