A San Diego driver says an unprovoked road rage incident led to a man slamming into his car and throwing a hammer through his window. 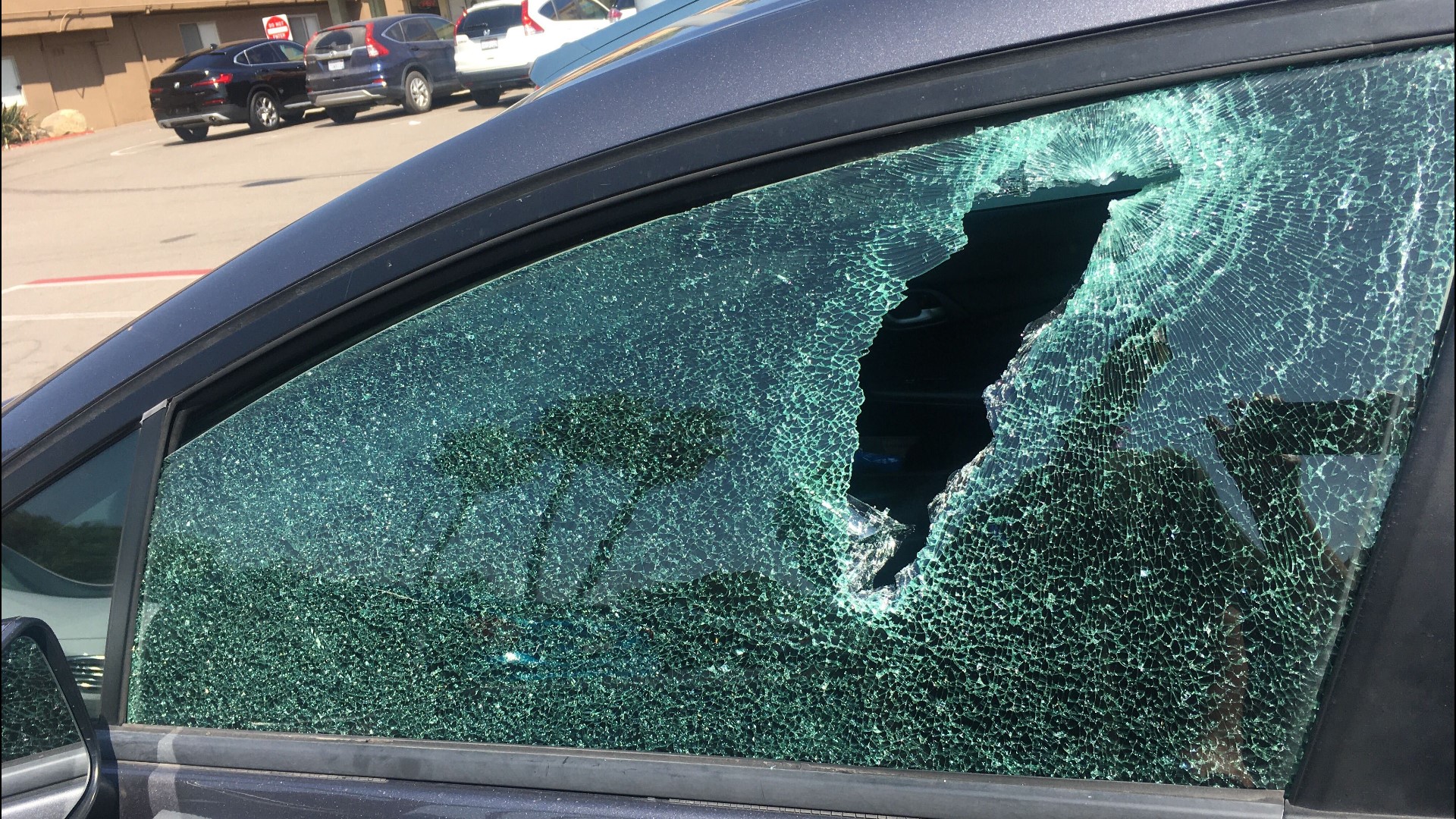 The driver recounted the horror and confusion when a man slammed into his car several times while driving on the freeway and then threw a hammer through his driver’s side window.

“He was trying to kill me for no reason, as if I did something to him,” said the driver as he recounted the events.

For fear of the suspect, the driver wanted to use the name “Ben.”

Ben said as he merged on I-8 eastbound from I-805 north around 10 a.m. Friday, another vehicle rammed into the back of his car several times over a stretch of about four and a half miles.

“Out of nowhere this dude [started] tailgating me and I look back and I see him getting closer and closer until he finally bumps me,” said Ben.

Ben said this was unprovoked and doesn’t know why he was targeted.

After about ten bumps, Ben said he started recording the incident on his cellphone in hopes of documenting any evidence of the driver.

“I got to the first exit which is College [Avenue] and [the vehicle] follows me to the exit and he still bumps me while we are stopped like, ‘boom, boom, boom,’” said Ben.

He said the attacker followed him about a half-mile north on College Avenue towards Del Cerro to the Chevron.

“He swerves in front of me and stops and slams on the brakes, so I slam on the brakes,” said Ben. “He gets out of the car and starts waving a hammer and throws it through my window.”

Ben had his shattered window repaired Friday afternoon. From the cellphone video you can’t make out the license plate, but you can see sun damage on the hood of the car. The symbol on the grill appears to be Toyota. Although the sounds of the slams on the video are alarming, there was little damage to Ben’s bumper, but the suspect left evidence behind on Ben's bumper.

He said the suspect took off and left him in a state of confusion and terror.

“I was like, ‘why is this dude so persistent on trying to murder me?’ It makes no sense,” said Ben.

The victim made a report to CHP. Officers say they are investigating the incident. Ben described the suspect to CHP as an Asian man in his late 30’s or 40’s about 6’0” with missing or rotting teeth, a side-shaved head and a long comb-over.

If you witnessed this road rage incident or have information about the case call CHP Border Division at (858) 650-3600.