Local leaders fear there are officers in our county with multiple sustained-use-of-force incidents on their record; those records currently hidden from the public 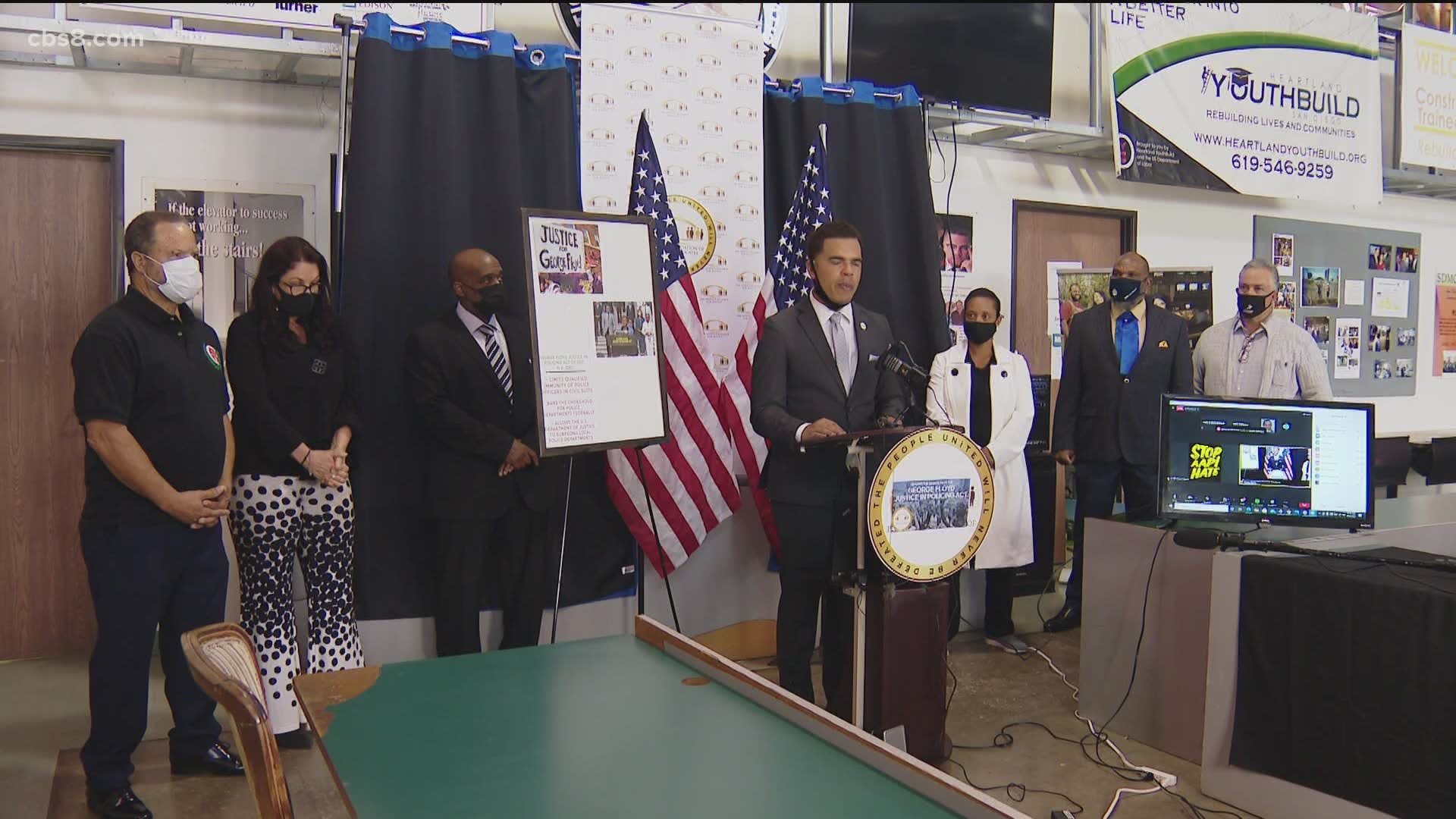 SAN DIEGO COUNTY, Calif. — Community leaders in San Diego say Derek Chauvin's conviction isn't the end of police reform, it's the beginning. They are asking for specific changes that they believe will make Black residents feel safer in our county.

“We don't want to just come and be excited that a jury convicted a police officer for killing someone, right?” said Bishop Cornelius Bowser of Charity Apostolic Church. “We want to prevent that from happening.”

George Floyd was murdered by police in Minneapolis, but many San Diegans say what happened there hits close to home.

“Too many of us as African American men today have the stories of being abused, handcuffed and mistreated by police because they feel they have the power to do so,” said Abdur-Rahim Hameed, President and CEO of the National Black Contractors Association.

Chauvin had a long history of complaints on his official record, but his department did nothing to curb his behavior. Local leaders fear there are officers in our county with multiple sustained-use-of-force incidents on their record. Those records are currently hidden from the public, and they say that has to change. They also say officers need to have the courage to come forward and report on their own when they see misconduct.

“There's one here,” said Rev. Shane Harris, President of the People’s Association of Justice Advocates. “The question is, are we willing to be courageous enough to get him before he kills - or she kills?”

What happened to Floyd has already led the House of Representatives to pass the George Floyd Justice in Policing act of 2021. It includes federally banning chokeholds by police, allows the Department of Justice to subpoena local police departments, and limits qualified immunity.

“We need to limit that immunity so police officers understand that if you hold misconduct, you're going to pay, potentially out of your own pocket,” Rev. Harris said. “Not out of ours. Not out of the taxpayers.”

Community leaders are now calling on local elected officials to pass resolutions supporting the George Floyd Act. County supervisors agreed Wednesday to take a formal vote next month. City leaders say they support reform but haven't committed yet to taking a stand on the federal action.